Police said the suspects walked into the Walgreens on Rockaway Boulevard around 5:30 a.m. and pointed a gun at the security guard. They rounded up the employees, ransacked the place and stole two sacks filled with prescription drugs.

The men took off in a black BMW waiting outside and went east on Rockaway Boulevard. The suspects were described as Hispanic men in their 20s.

Police later found two duffle bags filled with oxycodone, morphine, Percocet and Adderall left outside a building on Hendrix Street in Brooklyn. Investigators believe those were some, but not all, of the drugs taken during the robbery. 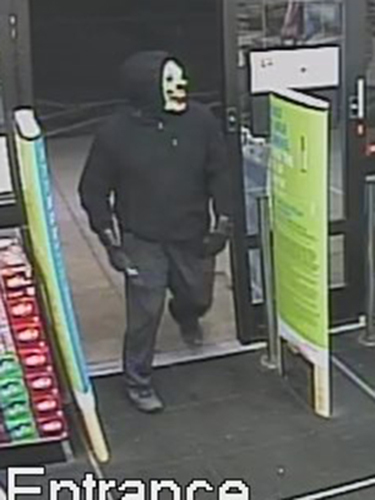 CBS Detroit reported that police were searching for a suspect who robbed a drug store at gunpoint — while wearing a scary clown mask. The incident happened around 9:30 p.m. Tuesday, October 4, 2016, at the Walgreens on West and Telegraph roads in Brownstown Township, Detroit, Michigan.

According to police, the suspect entered the store with his gun drawn and demanded cash. 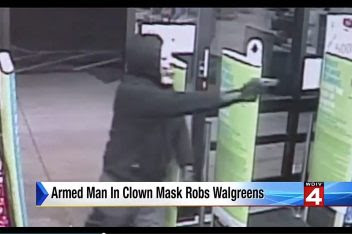 “He had on a black hoodie pulled over his head, a white clown mask underneath and dark colored pants,” Deputy Chief Robert Matthews said. 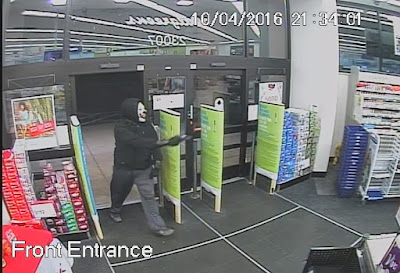 A suspect in the 2016 clown robberies was later identified and other clown crimes were detailed. See here.