This time will be recalled as the "great die-off" of close colleagues, frequent correspondents, and creative authors, all friends who were writers on the strange, the unknown, and the twilight world.

In less than a month, we lost a remarkable collection of giants. 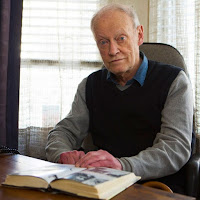 There seemed to be a foreshadowing of what was coming when author Guy Lyon Playfair died three days after his 83th birthday, on April 8, 2018. Playfair was a British writer of parapsychology books. 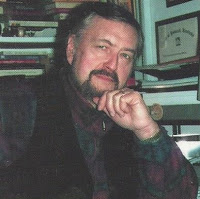 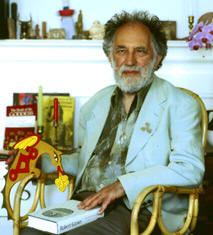 Steiger's death was followed by an announcement that the lightly skeptical, deeply knowledgeable author Daniel Cohen, 82, passed away, also on May 6, 2018.

May 6th is a significant date for deaths. Lyman Frank Baum died 99 years ago on May 6, 1919. He was better known as L. Frank Baum and an American author chiefly famous for his children's books, particularly The Wonderful Wizard of Oz and its sequels. He wrote a total of 14 novels in the Oz series. The 1939 MGM film, The Wizard of Oz, has permanently placed the movie in the forefront of synchromystic thought. May 6th is St. George's Day, and in some countries, Martyr's Day. 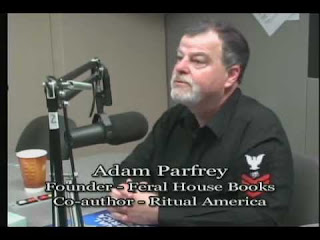 Now, four days later, on Thursday, May 10, 2018, Adam Parfey, 61, the publisher of Amok Press and Feral House, the author and editor of many alternative books, has died. Apparently, he had a stroke. He reportedly fell down some stairs, hitting his on April 20, 2018, and never woke up. This is a shock. 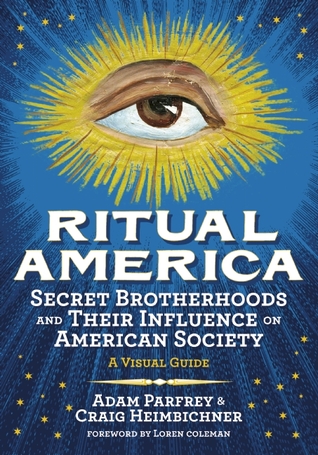 Adam was a close intellectual friend with whom I exchanged ideas and emails regularly. He contributed to this Twilight Language blog, for example, regarding his interest in the symbolism of tridents. (See here.) 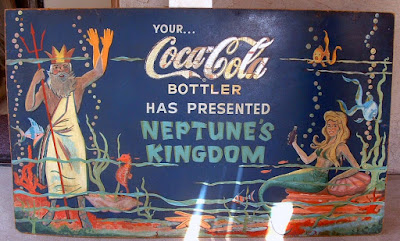 Adam asked me to write the foreword to his book, Ritual America: Secret Brotherhoods and Their Influence on American Society: A Visual Guide (Feral House, 2012). Adam's and Craig Heimbicher's book was one he was especially proud of and promoted often. Ritual America won the Independent Publisher Awards Best History Book of 2012 Silver Medal. 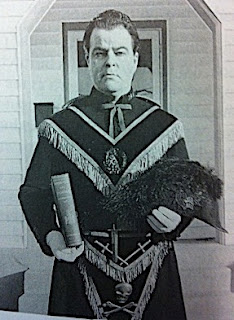 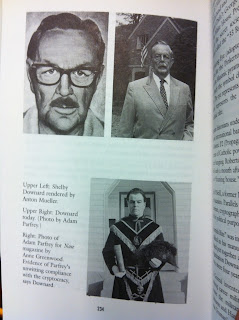 Adam was deeply involved with an "invisible college" of thinkers interested in the Sirius Rising taped interviews with James Shelby Downard (see here). This core group, included Adam Parfrey, Jim Brandon, Michael Hoffman, Jim Keith, Adam Gorightly, Greg Bishop, Michael Bell, SMiles Lewis, Kenn Thomas, and me, Loren Coleman, who examined Downward's words in the broader context of a Fortean examining the mysteries of the world cryptopolitically. Some of this was reflected in Parfrey's books. 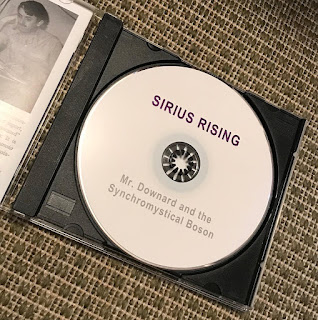 Sirius Rising has been newly re-issued, with updates. 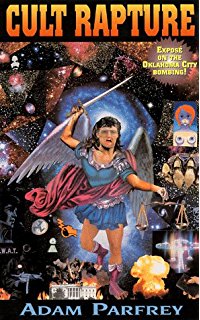 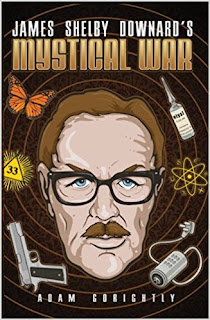 Read more about Downard's links to Parfrey's world here. Some people even thought Parfrey was Downard.

“King-Kill/33: Masonic Symbolism in the Assassination of John F. Kennedy” eventually was published by Adam Parfrey in the first edition of the book Apocalypse Culture.


Adam Parfrey was born in New York City, on April 12, 1957, into a show business family – his father was actor Woody Parfrey, whose extensive film and television career was often chronicled by Adam via Facebook. 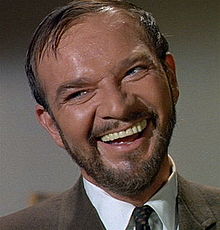 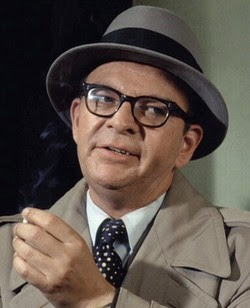 Woodrow Parfrey, 61, died young, as did his son. He will be remembered for his many screen and television roles, including as a prisoner in Papillon (1973), and as Maximus, one of the three "See No Evil" orangutan judges in Planet of the Apes (1968).

Adam Parfrey left the University of California, Santa Cruz in 1979. He moved to San Francisco and began a short-lived experimental magazine, IDEA, which published two issues. He also wrote and performed in a play about Gilles de Rais called The Wickedest Man in the World (1983). Later in 1983, Parfrey began work at New York City's Strand Bookstore. In 1984, with co-worker George Petros, he began EXIT Magazine. Parfrey worked with Petros for three of the six published issues. 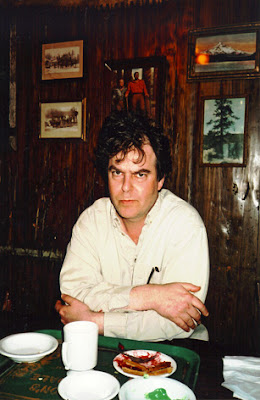 Back in Los Angeles, Parfrey co-founded Amok Press with Kenneth Swezey in 1986. Amok's first release was an English translation by Joachim Neugroschel of Joseph Goebbels's novel Michael, a remarkable choice for a Jewish publisher. 1987 saw the release of Apocalypse Culture. Apocalypse Culture is a collection of articles, interviews, and documents that explore the various marginal aspects of culture. It has been reprinted twice, once in 1990, and again in 2001 by Parfrey's Feral House. In 2000 the sequel Apocalypse Culture II was released. The book has been widely campaigned against and has been banned in many countries. The partnership of Parfrey and Swezey as Amok published nine books, including: You Can't Win by Jack Black, The Grand Guignol: Theatre of Fear and Terror by Mel Gordon, and Boxcar Bertha, with an intro by Kathy Acker.


Adam Parfrey co-founded the independent publishing company Process Media with Jodi Wille of Dilettante Press in 2005, according to Wikipedia. 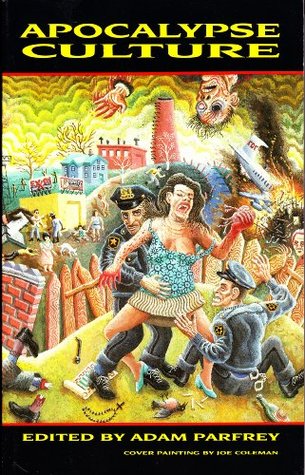 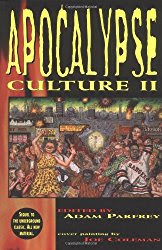 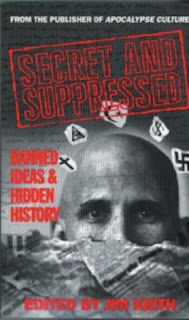 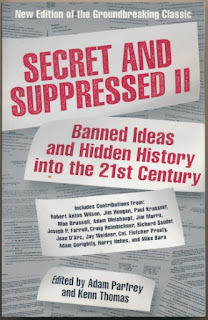 
Parfrey grew up in the punk culture of the ’70s and ’80s.
His edgy works for Amok Publishing soon gave way to his own imprint, Feral House, which was the source and authority for many Hollywood films that explored the underground, including the Tim Burton film Ed Wood, the American Hardcore feature documentary, and Lords of Chaos: The Bloody Rise of the Satanic Metal Underground, for which he also co-wrote the screenplay.
Parfrey was on the cutting edge of subjects that other publishers did not have the interest or courage to publish. He co-founded Amok Press with Kenneth Swezey in 1986, publishing Joseph Goebbel’s novel Michael. Its most prominent release was Apocalypse Culture, a collection of articles, interviews and documents exploring the margins of culture. It was subsequently banned in many countries.
Hailed by one website as “probably the most influential ‘underground’ publisher in post-millennial America” and called “The Most Dangerous Publisher in America” by a Seattle Weekly cover story, Parfrey ran an unusual outlet in publishing. It was mostly the product of Parfrey’s boundless curiosity, and did not publish based on query letters or agent inquiries, the standard method of the trade. As a result, he often co-authored many of the books in the catalog, which ranged from examinations of men’s adventure magazines to secret brotherhoods (Ritual America) to 1960s sex magazines. As such, his stable of authors included Satanist Anton LaVey and “Unabomber” Ted Kaczynski.
Feral House’s collections of bizarre conspiracy theory, such as Secret and Suppressed: Banned Ideas and Hidden History, were also an influence on Chris Carter’s X-Files.
Parfrey also appeared in and co-wrote Crispin Glover’s controversial What Is It? a Sundance Film Festival selection in 2005, and he had several spoken word recordings.
Parfrey’s second publishing imprint, Process Media, a collaboration with Jodi Wille, debuted in 2005 with publications by authors Jerry Stahl (Permanent Midnight), Humphry Knipe (The Nero Prediction), Timothy Archibald (Sex Machines), and Jolene Siana (Go Ask Ogre).
Survivors include two sisters, a brother, and six nieces and nephews. No memorial details have been released. 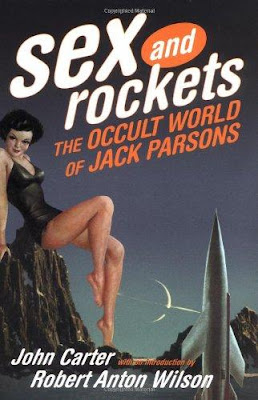 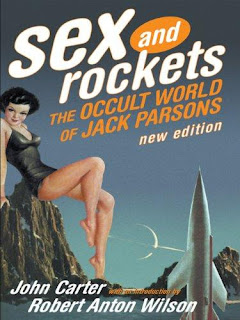 It is worthy of mentioning that CBS's original drama series Strange Angel, credited as being based on George Pendle's book Strange Angel: The Otherworldly Life of Rocket Scientist John Whiteside Parsons (Mariner Books, 2006), premiers on June 14, 2018. Jack Parsons was brought into modern popular culture first by Feral House. The first edition of Sex and Rockets: The Occult World of Jack Parsons by John Carter was published by Feral House in 1999, with an introduction by Robert Anton Wilson. The second edition appeared in 2005. Adam Parfrey shared Jack Parsons with America first.

Adam's output has been masterful. He reflected his interest in unorthodox theories by writing, editing, and publishing material on the hidden, forbidden, and verboten topics of Amok Press and Feral House. Our society is all the better for it, and for the passions of Adam Parfrey. 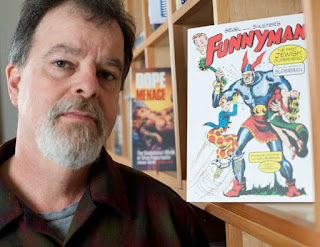 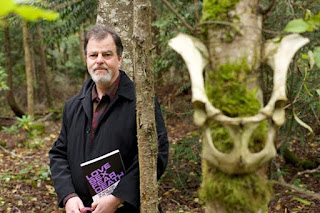 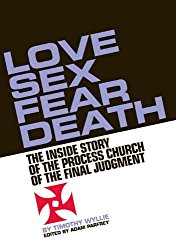 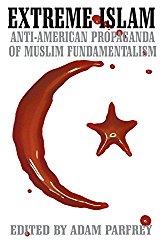 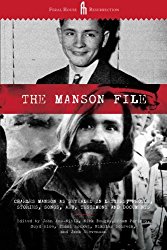 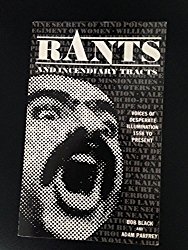 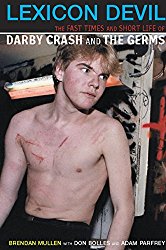 (See also "Mason City: Brad Steiger, The Music Man, The Day the Music Died, and the Griffins".)
Posted by Loren Coleman at 8:39 AM

Strange coincidence with myself. I just finished reading 'Sex and Rockets', on Wednesday the 9th May! I don't think I have ever read another Feral House book. Also had no idea a drama series based on Jack/John Parsons is about to be be broadcast. As you say Parfrey was relatively young, his death comes as a surprise.

I'm sorry for the loss of your friends, Mr. Coleman.