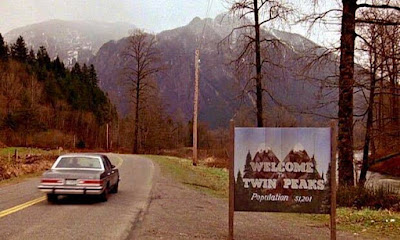 It's that Twin Peak's time of year... 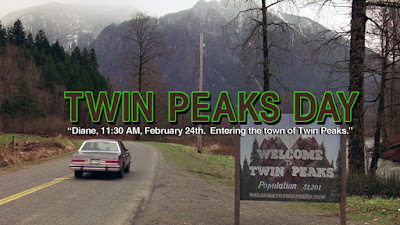 It kicks off every year on Twin Peaks Day. 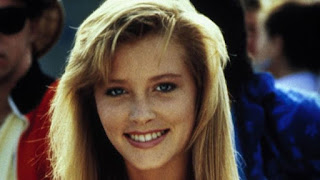 On April 16, 2018, American actress Pamela Gidley, best known for her role as Teresa Banks, the murder victim in the Twin Peaks prequel Fire Walk With Me (1992), died at the age of 52. She passed away "peacefully" at her home in Seabrook, New Hampshire. A cause of death was not been made public.

Gidley, a former child model, was named the "Most Beautiful Girl in the World" by Wilhelmina Modeling Agency in 1985. She transitioned into acting a year later, appearing alongside Josh Brolin and future Twin Peaks co-star Sherilyn Fenn in Thrashin'. 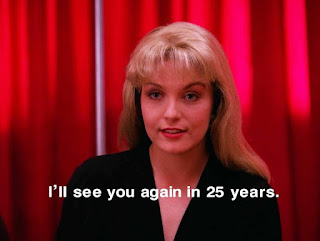 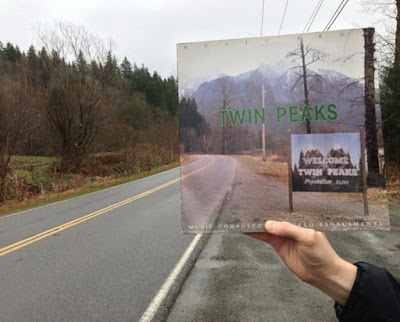 The towns of Snoqualmie, North Bend and Fall City – which became the primary filming locations for stock Twin Peaks exterior footage – are about an hour's drive from the town of Roslyn, Washington, the town used for the series Northern Exposure. Many exterior scenes were filmed in wooded areas of Malibu, California.

One man was killed and another seriously injured when they encountered a cougar on May 19, 2018, while mountain biking in the general area where Twin Peaks was filmed in Washington State. 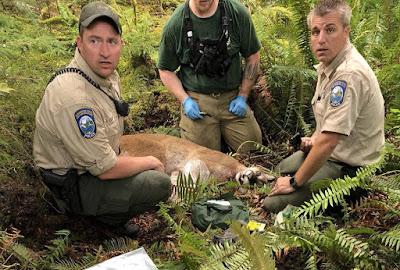 The area of the cougar attack, which left one human dead, and the cat tracked down & killed was near Snoqualmie Falls, Washington State, the site of David Lynch’s Twin Peaks series. 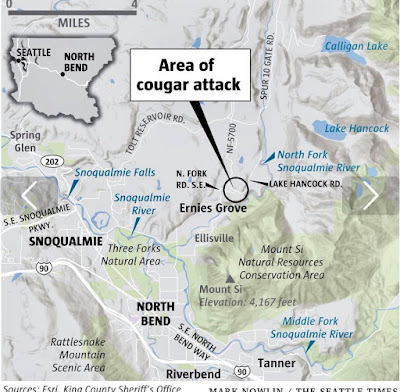 Authorities said the two men were on a morning bike ride in the foothills near North Bend when the attack occurred. The town is about 30 miles east of Seattle.

The mountain lion ran into the woods and officers with the Washington Department of Fish and Game later tracked it down and shot and killed it, said Capt. Alan Myers of the state’s Fish & Wildlife Police.

The 31-year-old survivor was taken to a hospital in Seattle. He was initially listed in serious condition in the emergency room but was alert and talking; his condition was later upgraded to satisfactory, The Seattle Times reported.

A search and rescue team was dispatched to recover the body of the deceased man.

KIRO-TV reported that the injured man called 911 shortly before 11 a.m. and shouted, “Can you hear me? Help!” and then the call hung up. 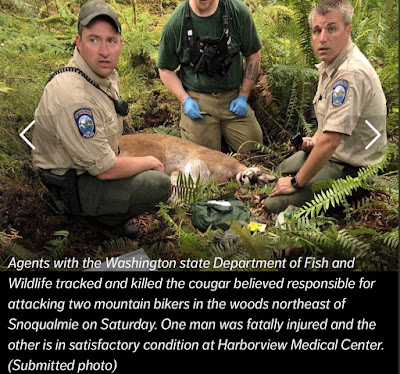 Authorities found the cougar standing over the body of the dead biker, the station reported. The first man attacked said the cougar had his entire head in the cat's mouth. The second man jumped off his bike, and ran into the forest. The mountain lion, a 3-year-old thin male, chased him down and killed him.

Reporter Andrew W. Griffin reminds us that in the Series 3 opener, "two young people are killed in that first episode by an entity - their heads torn off."
In the last 100 years in North America, roughly 25 fatalities and 95 nonfatal cougar attacks have been reported, the Washington Department of Fish & Wildlife said, but there was only one other fatal attack in the state. However, more attacks have been reported in the western United States and Canada over the past 20 years than in the previous 80 years.

The area of the cougar attack and the Twin Peaks locations are known for weird crimes. 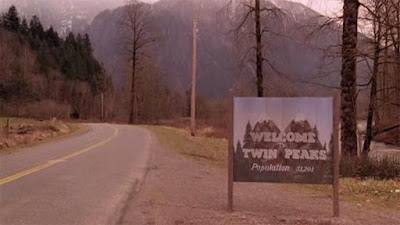 (1) On that same road nine years after Twin Peaks premiered, then 39-year-old Dayva Cross stabbed his wife and two of his stepdaughters to death in their rambling brown ranch house. He kept a third stepdaughter captive in his bedroom for hours, dragging her out occasionally so he could refill his wine glass.
The 13-year-old escaped. Police later found Cross slumped on his bed, smoking a cigarette. The crime rattled Snoqualmie, which was already on edge. Because two weeks before Cross’s killing spree, a family dog in the area had brought home a grisly trophy: part of a human hand that police later traced to a woman’s remains.


(2) In the decade before Twin Peaks, the Green River Killer began his deadly rampage throughout the Pacific Northwest. Gary L Ridgway, described as America’s most prolific serial killer, was a commercial truck painter who preyed on women at the margins of society.
In 2003, he led investigators to the remains of April Buttram, 17, one of at least five victims he buried in and around Snoqualmie and North Bend. The teenager had disappeared 20 years earlier.


(3) In 2014, a tiny body was discovered along a lonely stretch of country road between Snoqualmie and North Bend. Her umbilical cord was still attached. She was wrapped in a towel. Local authorities in rural Washington state named  her Baby Kimball, after the creek near where she was found. Three years have passed. Her life and death remain a mystery. But Valley residents have since erected a small shrine on Southeast North Bend Way to mark where the newborn was discarded. Its sides are rough wood; its roof, pale green metal siding. Inside, there’s a white cross with Baby Kimball written in black marker.

This is a very strange story. Not only is it taking place near the setting of "Twin Peaks" (and this, being the 1st anniversary of the airing of "Twin Peaks: The Return" on Showtime), the photo from The Seattle Times used here makes the three men appear like extras in that very series. It's eerie. The cats are not what they seem? This, as I'm reading the new Mike Clelland "Messengers" book on owls/aliens. Also - I note the death of "Twin Peaks: Fire Walk With Me" actress Pamela Gidley, at age 52. She got her start in the synchromystic year of 1985, working at Wilhelmina Modeling School. Weird thing about that name "Wilhelmina" is something I am delving into in my forthcoming book on railroad baron and mystic Arthur Stilwell, who founded the strange town of Mena, Arkansas, named for "Queen Wilhelmina" of the Netherlands, whom the town is named after (for her financial support) and where I was this past week researching my book. Among other things, the director of tourism for the town said an "owl" painting appeared overnight on top of a building downtown, which I saw. And I also visited the "Queen Wilhelmina Lodge" (note: "lodge"!) on top of Rich Mountain, where a female journalist disappeared in 2001 hiking near the lodge on Lover's Leap Trail. I hiked part of Lover's Leap Trail just days ago and did not see anything unusual. Although the locals say the woman was snatched by a Sasquatch.

Has anyone hear of the series the killing, apparently a remake of a Danish series. This show is about two detectives in Seattle trying to solve the murder of rosie Larsen a 17 year old teen who body was found near the woods of Seattle in the trunk of a politician campaign car that was sunken in a lake.The series already reminded me of twin peaks and then I searched where twin peaks was filmed sense twin peaks is a fictional town and wouldn't you know it only 30 miles away in Roslyn, Washington.