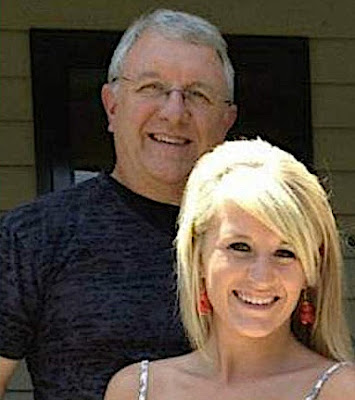 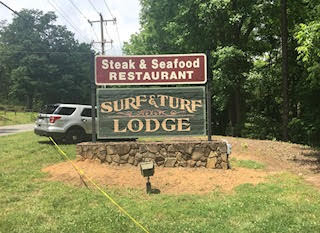 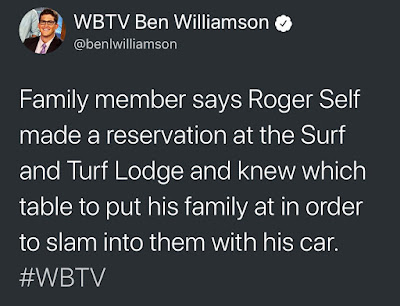 The vehicle used in the ramming.


A man intentionally rammed a vehicle into a North Carolina restaurant busy serving lunch on Sunday, May 20, 2018, killing his daughter and another person and injuring several others. It appears to be a domestic situation only turned against members of the man's family. But 12 were injured in restaurant and two killed.

Bessemer City Police said in a statement that preliminary evidence indicates the man sat down with his family, left the restaurant, and then purposely drove into the Surf and Turf Lodge about noon on May 20, 2018. 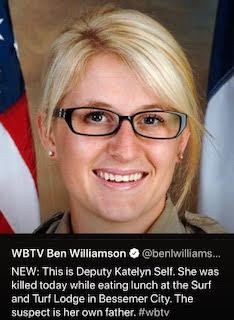 Killed was 26-year-old Katelyn Tyler Self, the daughter of the driver and a Gaston County Sheriff’s Office deputy. Authorities haven’t released the name of the second person fatally injured, pending notification of the family.

Police said the driver, Roger Self, was arrested after the vehicle had smashed its way fully inside the steak and seafood restaurant in Bessemer City, about 30 miles west of Charlotte.

The Gaston Gazette identified Roger Self as a businessman from Dallas, North Carolina.

Family tells the media that Roger Self was struggling with mental heath and depression. 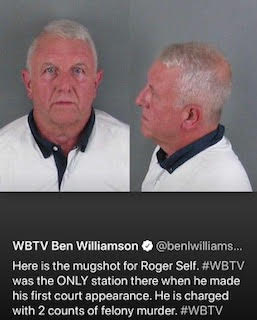 Gaston County District Attorney Locke Bell announced to the Gaston Gazette that Roger Self’s daughter-in-law, Amanda Self, is also among the dead.

The victim worked as a nurse at Caromont Regional Medical Center. She was the wife of Josh Self, Roger Self’s son, who also works as a police officer for Gaston County Sheriff’s Office. 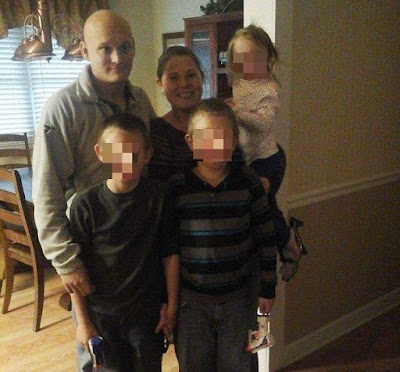 According to his LinkedIn profile, Self is the president and owner of Southeastern Loss Management, Inc., located in Charlotte, North Carolina.

He is a licensed Private Investigator, specializing in business losses. Roger has conducted thousands of interviews with employees who have admitted to embezzlement. Roger has the unique ability to obtain information from individuals who have committed an assortment fraud and business crimes.
Roger has solved thousands of cases including cases involving district, regional and store level managers.

Roger has personally recovered hundreds of thousands of dollars in losses that ordinarily would have lost.
Specialties: Interrogation of employees, identifying individuals responsible for theft or fraud in the business community.


According to its website, the company specializes in “Instant Background Checks,” “Employee Drug Testing, and “Churches & Non-Profits.”