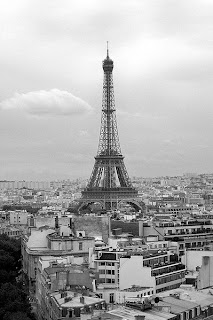 An Israeli man (earlier perhaps incorrectly reported to be from the United Kingdom) has died by suicide by leaping to his death from the Eiffel Tower in Paris, France.
News accounts report:


Police spotted the man climbing the structure of the tower around 11:30 pm (2130 GMT) on Sunday, June 24, 2012. They evacuated the tower, sealed off the area and tried to negotiate with the man. Firefighters tried to talk the British man down from the tower but failed and he jumped from between its second and third levels, a height of between 125 and 310 metres (410 to 1,017 feet), said Frederic Grosjean, deputy spokesman for the Paris firefighters' brigade.

The number of suicides from the Eiffel Tower is not public information, although various officials said there are "too many." It is said to be the three most frequent sites for suicides in Europe, with estimates of over 400 suicide deaths since it was built.
It is a constant problem. On Monday, June 25, 2012, a woman, about 30, attempted to jump from the tower.  Talked out of the suicide, she was lifted by helicopter from the Tower.
Built in 1889 as the entrance arch to the 1889 World's Fair, it has become both a global cultural icon of France and one of the most recognizable structures in the world. The tower is the tallest building in Paris. It had 7.1 million visitors in 2011, an average of nearly 20,000 visitors per day. 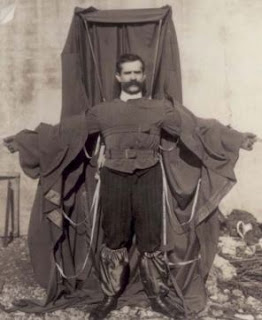 The Daily Mail published this sidebar information (slightly edited by me for inappropriate use of "successful" in conjunction with suicides):

The Eiffel Tower has the highest number of suicides for any French landmark. There have been 341 suicidal deaths from the tower. In an average year, four people end their lives by jumping from the structure, although the recent installation of safety nets has helped to keep the number low. The first [parasuicidal?] death was in 1911 - 22 years after the tower opened to the public - when tailor Frantz Reichelt (pictured above) fell to his death testing a cape that he believed would enable him to fly. His fall was captured on film (see YouTube clip below) and he left a foot-deep impression in the grass at the base of the tower. The last suicide was in 2009, when an 18-year-old Brazilian girl leapt from the tower's 170ft-high first floor, before crashing into the Altitude 95 restaurant on the first tier of the structure.

Posted by Loren Coleman at 2:02 PM

Considering the long lines you have to endure to climb the tower, it's not hard to guess that those who finally attempt to commit suicide are pretty determined.