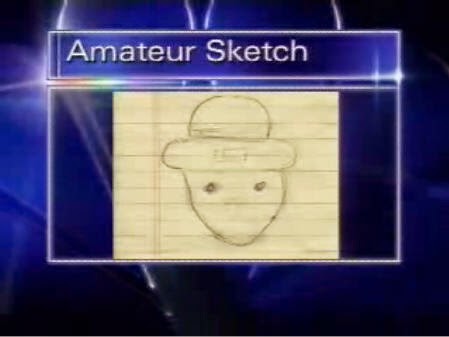 The sketch of the "Leprechaun" sighted in March 2006
by the residents of the Crichton neighborhood in Mobile, Alabama,
was broadcast on local news outlets.

There is breaking news of a horde of Leprechauns in the Belltown area of Seattle. First here is some background on why this jumped out at me. 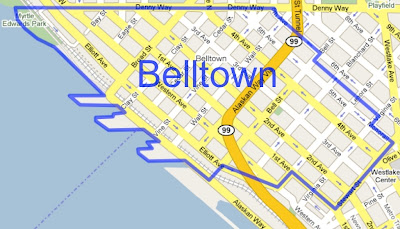 Now, over the weekend, near the Pike Place Market and on Bell Street in Seattle, comes this bizarre KOMO News report from Belltown:


A "bunch of leprechauns" beat up a man in Belltown on Saturday [June 16, 2012], the bruised and bloodied victim told police. Police say they received reports about the fight around 1:55 a.m. on Bell Street near the Alaskan Way Viaduct, but when they arrived they saw numerous people running from the scene.
Police then saw a man on the ground, who was covered in blood and holding his head and screaming in pain. When police asked the man who was involved in the fight he said, "It was a bunch of leprechauns," that were mad because he was dancing with a girl, according topolice.

The victim said one of the leprechauns was wearing a "white tank top" but could not specifically describe them. An eyewitness, who obviously was not on the same wavelength as the victim, said "a group of men" did the beating.

KOMO ended their piece by noting that,

Police were unable to find the leprechauns or anyone else involved.


Bell Street and Belltown were named after William Nathaniel Bell (March 6, 1817 – September 6, 1887), originally from Edwardsville, Illinois and later a resident of Portland, Oregon. Bell was a member of the Denny Party, the first group of white settlers in what is now Seattle, Washington State.


I wonder what the name of the Belltown victim was?

BTW, Crichton is a variant of Creighton (Scottish, Middle English, Old English), and the meaning of Crichton is "border or boundary settlement." As a place name and Scottish surname, its origin is from Crichton in Midlothian. Creighton has two variant forms: Crayton and Crichton. So, should we pay attention to what "boundary settlement" lies close by Crichton, Alabama? As it turns out, the Crichton section of Mobile is bordered nearby on the west by the Bellewood neighborhood.

Okay, time to go check on the 45 counts guilty at the Jerry Sandusky trial being held in the Centre County Courthouse in Bellefonte, Pennsylvania.

It's a superior summary that you have written :)

Nothing is said about the rampant street drug scene and gang activity that resides in this neighborhood. I realize this comment is very late, but I feel the leprechauns are just another gang muscling for territory