What Shocker Will Happen on Mardi Gras 2017?

The days leading up to Mardi Gras have been ones filled with precursor events. What are we to assume is in the works for today, or more likely tonight?

New Orleans' Mardi Gras celebration already has figured as the background for one violent incident. Twenty-one people were injured Saturday night, February 25, 2017, when a pickup truck crashed into spectators at the Krewe of Endymion parade in the Mid-City section of Crescent City. The crash was reported at about 6:45 p.m. at North Carrollton and Orleans avenues. 2/25. On cable television, the old film Speed, where bus number 2525 has to be driven above 50 mph or a bomb goes off, played the same night.

In recent days, Jewish bomb threats and act of Jewish cemetery vandalism have been occurring throughout America. 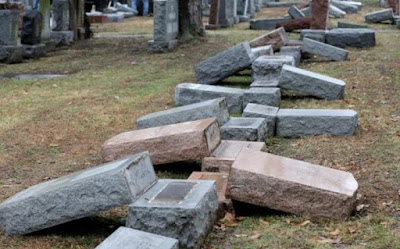 Hollywood has gained our attention too, with the death of Bill Paxton (derived, in one etymological analysis, from the Latin pax, meaning "peace" + ton meaning "town"), who had pink sync links to JFK in time and space, and with the Oscars' name games. 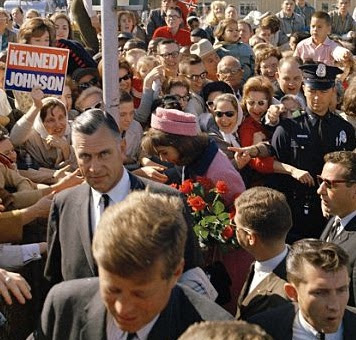 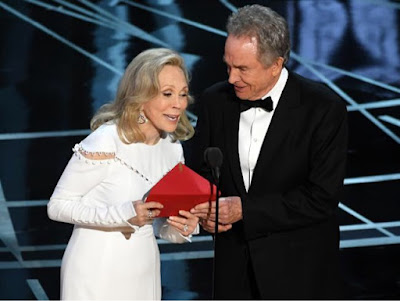 What does this all mean? What is to be expected on Mardi Gras? No one anticipated a terrorist truck ramming in Nice, France, on Bastille Day, did they? What deeper meaning bubbles forth from Mardi Gras?

Mardi Gras, also called Shrove Tuesday, or Fat Tuesday, in English, refers to events of the Carnival celebrations, beginning on or after the Christian feasts of the Epiphany (Three Kings Day) and culminating on the day before Ash Wednesday. Mardi Gras is French for "Fat Tuesday," reflecting the practice of the last night of eating richer, fatty foods before the ritual fasting of the Lenten season.

Related popular practices are associated with Shrovetide celebrations before the fasting and religious obligations associated with the penitential season of Lent. In countries such as England, Mardi Gras is also known as Shrove Tuesday, which is derived from the word shrive, meaning "confess."

Will President Trump unconsciously "confess" something significant to the listening audience?

Will something startling happen in New Orleans, Brazil, or some other site of a Mardi Gras celebration today?

Or via one of indicators already in the wind? 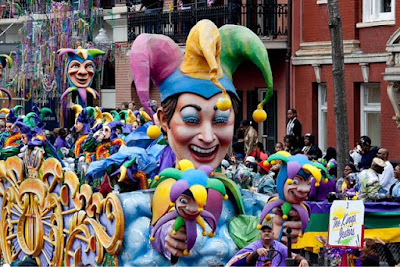 Update/ I just turned on Headline News at 11:29 am, Eastern, and discovered this has occurred: 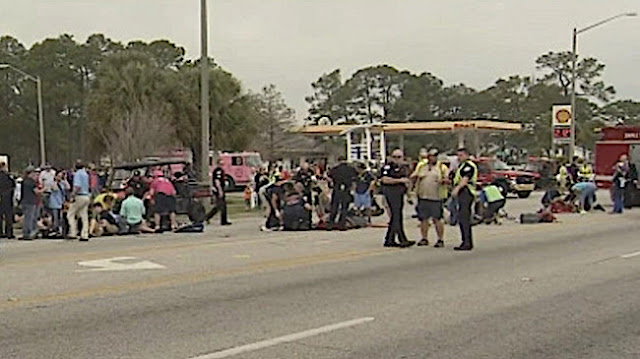 Gulf Shores, Alabama – Emergency crews have responded to an incident at the Mardi Gras parade in Gulf Shores. According to WKRG, the CBS affiliate in Mobile, a driver crashed into a crowd of people before the start of the parade.
Specifics are still being determined, but there appear to be multiple injuries, according to WKRG.
Portions of Highway 59 and surrounding roads are closed at this time.

Reports are that a car crashed into a high school band and the parade has now been cancelled.

Flashing body parts is done to obtain beads, which are thrown in appreciation in the flashers' direction. Be prepared for this event, if you travel to New Orleans, as I did with my sons, over a decade ago, during Mardi Gras.

There were 3 crashes - London, Germany, and New Orleans - leading up this one:

Regarding the posting above by “Unknown,” yes, those facts are correct.

I mentioned the New Orleans truck ramming incident in this specific posting because it was directly tied to Mardi Gras.

For more on the other precursors…

The ramming in Heidelberg, Germany, was detailed in my earlier New Orleans blog posting, which both happened on Saturday, February 25, 2017, here, http://copycateffect.blogspot.com/2017/02/Heidelberg.html .

Then on Sunday, February 26, 2017, I recorded the ramming on Bromley Road, Bellingham, London, here, http://copycateffect.blogspot.com/2017/02/Heidelberg.html .

incident in Villognon, France, during a meeting with François Hollande.
Related on my humble blog: https://lecrinsonique.blogspot.fr/2017/02/incident-villognon.html

Is it just me, or is there a lot of copycat driving-into-crowds going on?

Looks like there was indeed an opposition between 'Fat Mars' and 'Filthy Jupiter', namely with Fat Mars being Donald Trump and Filthy Jupiter being Valerie Jarrett:
1 March 2017:
"Barack Obama is turning his new home in the posh Kalorama section of the nation's capital - just two miles away from the White House - into the nerve center of the mounting insurgency against his successor, President Donald J. Trump.
Obama's goal, according to a close family friend, is to oust Trump from the presidency either by forcing his resignation or through his impeachment.
And Obama is being aided in his political crusade by his longtime consigliere, Valerie Jarrett, who has moved into the 8,200-square-foot, $5.3-million Kaloroma mansion with the former president and Michelle Obama, long time best friends.
Jarrett played a vital - if at times low-key - role in the Obama presidency. She lived in the White House, dined with the Obamas, and help shape his domestic and foreign policies." - Daily Mail

Mathew Deagle, this story caught my attention before reading your comment so I just want to add this byway to Loren's Mardi Gras trail.

Quoting from Wikipedia: "The Kalorama area was primarily rural until the close of the 19th century, lying northwest of the original limits of Washington City from L'ENFANT's original plan." L'Enfant, seriously, once COINCIDENCE starts rolling, it's hard stop.

Although originally born in Iran, her maiden name is the Bowman, the archer, Sagittarius. Those more inclined toward astrological symbols may be able to piece it all together.

Mathew Deagle. My apologies if I came off rude. You are an astrologer! Honestly, I did not know that. What do you think, Jupiter in Sagittarius? Could that be relevant.