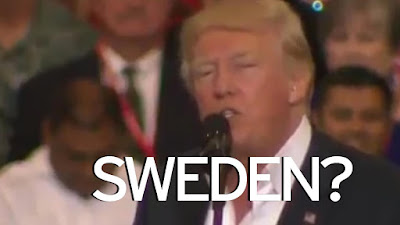 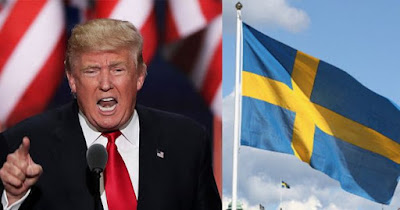 First there was the historical noting of the "Bowling Green Massacre," and then came the recalling of the "Atlanta Attack." Now there's a call for us to "look at what’s happening last night in Sweden."

Are we to consider that there is an alternative parallel universe where recent terrorist attacks have occurred in Bowling Green, Atlanta, and Sweden? What if those locations are now on the short list of potential targets of the future? What if a room of comedians and political cartoons are making all of this up? If 2016's word of the year was "surreal," what word can describe 2017?

The source of Trump’s remark is unclear and the attempts to explain it have already begun. But the working solution appears to be linked to Fox News' Carlson Turner airing an interview on Friday, February 17, 2017, with filmmaker Ami Horowitz, whose new documentary examines whether high crime rates in Sweden are related to its previous open-door policy on people fleeing war and persecution. No "real" Swedish terrorist attacks happened on Friday, although a President or someone on his staff watching Fox News seems to have thought so.

We have been down this road in the recent past. 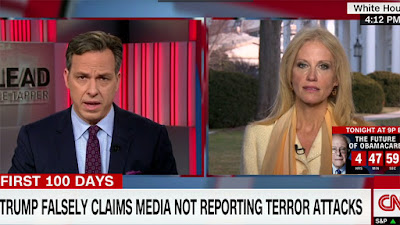 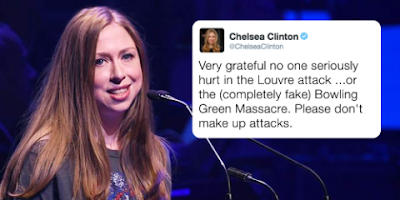 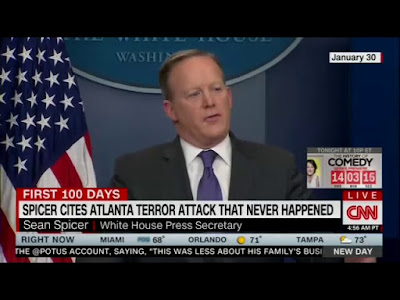 U.K.'s The Guardian detailed the growing list of non-existent terrorist attacks issuing from the Trump administration, as partially quoted here:

Trump’s comments come after Kellyanne Conway, one of his senior advisers, was ridiculed for blaming two Iraqi refugees for a massacre that never happened.
At the start of February Conway cited the fictitious “Bowling Green massacre” in an interview backing the travel ban imposed on visitors from seven Muslim-majority countries.
Two Iraqi men living in Bowling Green, Kentucky, were arrested in 2011 over a failed attempt to send money and weapons to al-Qaida in Iraq. They are currently serving life sentences for federal terrorism offences, but there was no massacre, nor were they accused of planning one.
On 29 January, the White House press secretary, Sean Spicer, referred three times to an attack in Atlanta – where a string of bombings were carried out in 1996 and 1997.
Later, in an email to ABC News, he wrote that he “clearly meant Orlando”.
Forty-nine people were killed and more injured in the attack at Pulse, a gay nightclub in the Floridian city in June. It was carried out by Omar Mateen, a US citizen born in New York to Afghan parents. Afghanistan is not on the list of countries under Trump’s travel ban.
Trump has repeatedly accused what he described as the “dishonest media” of producing “fake news”. He repeated the attack on Saturday stating: “When the media lies to people I will never ever let them get away with it.”
He added: “We are not going to let the fake news tell us what to do, how to live and what to believe,” he said. “We are free, independent people and we will make our own choices.”
After Trump’s remarks in Florida, the Swedish news outlet Aftonbladet posted a story about crime that really had occurred in Sweden on Friday. Non-fake news it ran included: “Due to harsh weather in northern parts of Sweden the road E10 was closed between Katterjakk and Riksgransen” and “a man died in hospital, after an accident in the workplace earlier that day”.
Source. 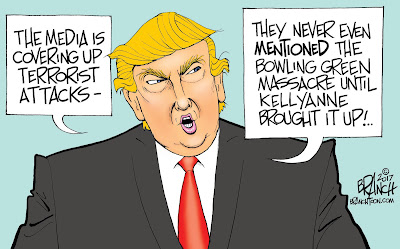 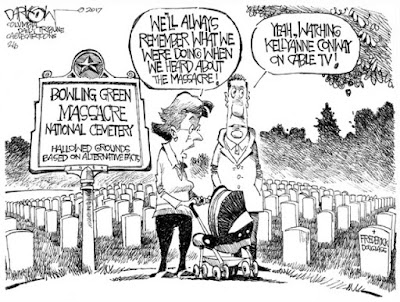