After rammings in Heilelberg and New Orleans, there has been another. On Sunday, February 26, 2017, a car ramming took place in London. 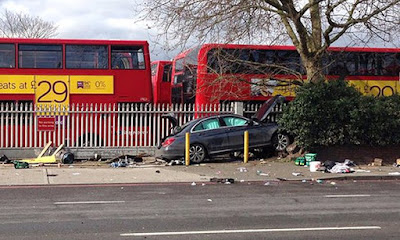 At about 8:20 am on Sunday, February 26, 2017, a car rammed into pedestrians on Bromley Road, Bellingham, southeast London. Five people have been injured, with at least one person trapped under the vehicle at the site.

Allegedly, the driver reportedly lost control and crashed into the group of pedestrians before hitting a wall.

The driver was detained at the scene by an off duty police officer before being arrested on suspicion of drink driving and causing serious injury by dangerous driving.
The road remains closed as investigations are carried out.

A spokesman for the Metropolitan Police said:


Five people - four men and a woman, believed to be aged between 25 and 46 years - were treated at the scene before being taken to south and east London hospitals.
Three of the pedestrians - a 35-year-old woman and two 25-year-old men remain in a critical condition.
Two other men, aged 36 and 46 are in a stable condition; their injuries are not believed to be life-threatening.
The driver of the car was detained at the scene by an off-duty police officer before being arrested on suspicion of causing serious injury by dangerous driving.
He was also arrested on suspicion of drink drive before being taken to a south London hospital with a head injury.

The crash happened opposite a car wash outside Catford bus garage.

Photos posted online show a Mercedes sedan that appears to have come off the road and rammed into the end of a hedge, its hood and trunk popped open by the impact. 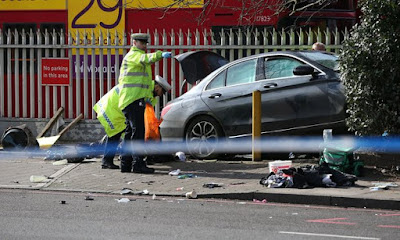 Bellingham is an area of southeast London, Within the London Borough of Lewisham. It lies south of Lewisham and north of Beckenham.
The Bellingham Estate is an London County Council cottage estate bordered to the east and west by railway lines running south from Catford. Along the south it is bordered by Southend Lane, the A2218 main road. The River Ravensbourne runs through Bellingham, although it is either underground or part of a man-made section of the river. The Prime Meridian passes to the east of Bellingham.
Randlesdown Road serves as a mini "High Street" for Bellingham providing a local supermarket, men's and women's hair dressers, dry cleaner, off license, newsagent, fish and chip shop, pub, various takeaways and a recently built gym (situated on Bellingham playing fields). Source.

Bellingham in America is a well-known site of strangeness. "Bellingham alone has been linked to no less than four serial killers in the last 30 years," writes Ali LeRoy in "Bellingham's Most Violent Visitors." (Thanks, RDS.) 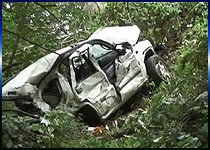 Bellingham has been a focus of Bigfoot cases, conferences, and even the tragic death of a Sasquatch conference organizer, Star Sams, in 2006. Source.

The X-Files episode "Jose Chung's From Outer Space" has the Air Force pilot, dressed as an alien, as being shown to be born in Bellingham, Washington. (Thanks, AWG.)

Bell Green is an area in the London Borough of Lewisham, between Perry Vale and Bellingham. The area was historically known for its gas works and the poverty of the local workers, in what Charles Booth called "the one really poor district in this quarter of London." The gasworks closed in 1968 and the whole area redeveloped; it is best known today for the eponymous retail park. Source.

Are we seeing a bit of the The Name Game this weekend? Should we watch what monikers come our way through Tuesday, Mardi Gras?

Besides detailing the Fayette Factor often, in my 1983 Mysterious America, I noted:

Bell Name Game
Posted by Loren Coleman at 9:37 AM

Note that the coat of arms of Riverside, California, where the plane crashed right near Beatty Drive, is in fact a bell, and a bell surmounted by a 'double-cross'.
'For Whom the Bell Tolls' may require a re-reading.