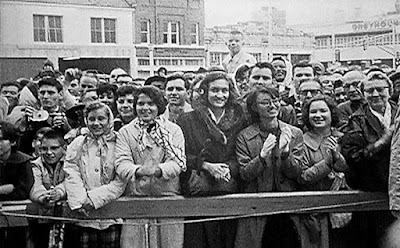 Bill Paxton died on Saturday, February 25, 2017, a day before the Academy Awards were to be handed out on Sunday. 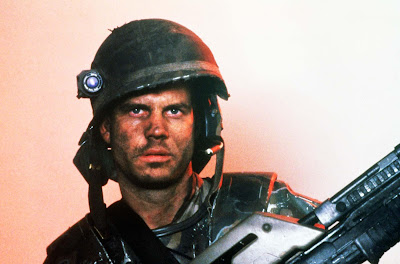 On the film front, Paxton's final (known) film role is playing the father of Emma Watson's character in The Circle, co-starring Tom Hanks, which will be released on April 28, 2017. 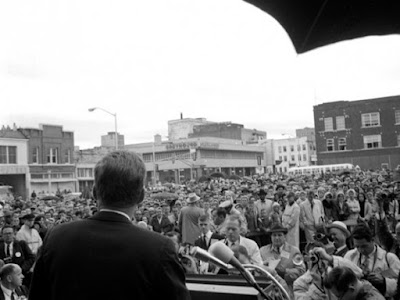 One of the famous "Forrest Gump moments" in Paxton's life concern his being photographed, in a crowd (the child seen raised above the crowd) before President John F. Kennedy emerged from Hotel Texas on November 22, 1963, the day JFK was shot. This was in Fort Worth, three hours before the President would die in Dallas.

Fifty years later, in 2013, Bill Paxton served as the narrator for the documentary, JFK: The Day That Changed Everything.

The historical drama film Parkland (2013) recounts the chaotic events that occurred following John F. Kennedy's assassination and was produced by Bill Paxton with Exclusive Media's Nigel and Matt Sinclair and by Playtone's Tom Hanks and Gary Goetzman. (Thanks, KT, for mentioning this.) 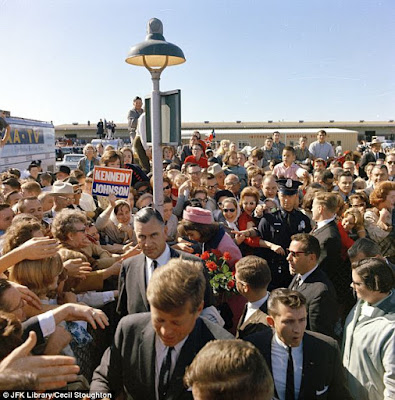 This is another angle of Paxton (being held up, in the pink shirt).

Paxton died suddenly at the age of 61, apparently in California, after he underwent heart surgery and had complications post-op when he suffered a fatal stroke.
Paxton

English surname derived from the names of several locations in Britain. Of Old English origin, and the meaning of Paxton is "Poecc's settlement". Poecc was an Old English name whose meaning has been lost.

May also be derived from the Latin pax, meaning "peace" + ton meaning "town."

By extension, the word "cross" is associated with the name. 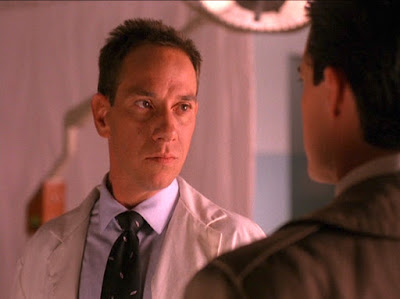 Miguel José Ferrer (February 7, 1955 – January 19, 2017) was an American actor. His breakthrough role was the OCP Vice-president Bob Morton in the 1987 film RoboCop. He is the main character in Toto's music video for the song "I Will Remember" (1995). He also voiced the antagonistic Hun leader Shan Yu in Mulan (1998) and Big Boss in Rio 2. Ferrer's other notable roles include Dr. Garret Macy on Crossing Jordan, NCIS Assistant Director Owen Granger on NCIS: Los Angeles, Vice President Rodriguez in Iron Man 3, and FBI forensic pathologist Albert Rosenfield in Twin Peaks(above) and, reportedly, in the new reboot. 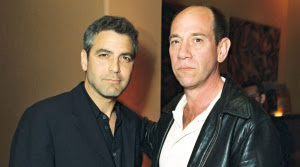 Ferrer was born in Santa Monica, California, and died at age 61 of throat cancer, in his Los Angeles home, on January 19, 2017.

Rest of the lyrics, here.

Thanks to SL for some hints.

Posted by Loren Coleman at 4:16 PM

61 is a prime number just loaded with sync-y significance.
Of course, Highway 61 is THE BLUES HIGHWAY, actually exists.
The JFK overlap has political undertones, more than disturbing Paxton as a child raised above the crowd, even if he didn't see the hit.

There is a lot here.

Recently, the name Wade has had coincidental significance for me and in a quick search found the name connected to an ancient Germanic/Norse sea giant who fisherman were known to sacrifice to. Wade was both a ferryman and protector.

Thanks for the Johnny Cash vid. Awesome.

Remarkable how much Johnny Cash has been coming up lately. And being in Oklahoma, we love Bill Paxton because of his lead role in "Twister."
I wrote a piece in 2013 linking/syncing "Twister" and "The Shining." Interesting stuff in retrospect.
http://www.reddirtreport.com/dust-devil-dreams/2149

MIGUEL JOSE' FERRER (may he also RIP): His ongoing performance in "CROSSING JORDAN" is sync-y. The gimmick of the show was for Jordan, a forensic pathologist, to PLAY the role of victim or killer to REVEAL the truth.Her ACTING, a RE-PRESENTATION of the death, is itself an inception of a ritual. (Re-presentation r/t the RCC Mass).

The title is a reference to CROSSING OVER the River Jordan to get to THE OTHER SIDE. There is a connection here between the X-ian St. Christopher and the Germanic Wade.

Actor Ferrer's association with the show title makes a connection to Paxton's X in PEACE-TOWN. Ferrer is visually very close to ferry, (to carry).

NEIL FINGLETON, (may he too, RIP), played a villain named "The Fisher King", in the Dr. Who series. Again, we have a 'giant' r/t a river.

It's like a legend is being re-told, without the presence of a storyteller. (Hey Mr. Tambourine Man?).

Miguel Ferrer's TV drama 'Crossing Jordan' was originally scheduled to premiere on September 11, 2001. In the wake of the tragedy and the news coverage of it, the premiere was pushed back to September 24th.

A young actor who also appeared as a recurring character on that drama was Mahershala Ali, the same actor who took home a Best Supporting Actor Oscar last night.