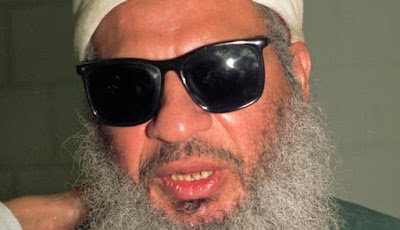 
Abdel-Rahman was convicted in 1995 of seditious conspiracy and sentenced to life in prison.

Abdel-Rahman, an Egyptian, traveled to Afghanistan in the mid-1980s, where he met former al Qaeda leader Osama bin Laden, who credited the sheikh as being the inspiration behind the September 11, 2001 attacks on the World Trade Center. 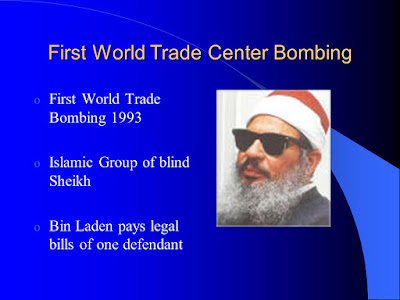 The attack was planned by a group of terrorists including Ramzi Yousef, Mahmud Abouhalima, Mohammad Salameh, Nidal A. Ayyad, Abdul Rahman Yasin, and Ahmed Ajaj. They received financing from Khaled Sheikh Mohammed, Yousef's uncle. In March 1994, four men were convicted of carrying out the bombing: Abouhalima, Ajaj, Ayyad, and Salameh. The charges included conspiracy, explosive destruction of property, and interstate transportation of explosives. In November 1997, two more were convicted: Ramzi Yousef, the mastermind behind the bombings, and Eyad Ismoil, who drove the truck carrying the bomb.

Yousef set up residence in Jersey City, New Jersey, traveled around New York and New Jersey and called Sheikh Omar Abdel Rahman, a controversial blind Muslim cleric, via cell phone. After being introduced to his co-conspirators by Abdel Rahman at the latter's Al-Farooq Mosque in Brooklyn, Yousef began assembling the bomb for delivery to the WTC. He ordered chemicals from his hospital room when injured in a car crash – one of three accidents caused by Salameh in late 1992 and early in 1993.

El Sayyid Nosair, one of the blind sheikh's men, was arrested in 1991 for the murder of Rabbi Meir Kahane. According to prosecutors, "the Red" Mahmud Abouhalima, also convicted in the bombing, told Wadih el Hage to buy the .357 caliber revolver used by Nosair in the Kahane shooting. In the initial court case in NYS Criminal Court Nosair was acquitted of murder but convicted of gun charges (in a related and follow-up case in Federal Court, he was convicted). Dozens of Arabic bomb-making manuals and documents related to terrorist plots were found in Nosair's New Jersey apartment, with manuals from Army Special Warfare Center at Fort Bragg, North Carolina, secret memos linked to the Joint Chiefs of Staff, and 1,440 rounds of ammunition.

Yousef was tried in the U.S. District Court for the Southern District of New York along with two co-conspirators and was convicted of planning the Bojinka plot (which had many number 11s in the planning). He was sentenced to two life sentences for his part in the 1993 World Trade Center bombing and Bojinka plot.

In an article published in 1997, the New York Times told of a precursor comment about 9/11, from Ramzi Yousef:

One February night two years ago, a helicopter carrying Ramzi Ahmed Yousef, the man accused of masterminding the World Trade Center bombing, sped along the East River on the last leg of Mr. Yousef's journey from Pakistan, where he had recently been captured, to detention and trial in the United States.
As the helicopter flew over mid-Manhattan, William A. Gavin, a senior official in the Federal Bureau of Investigation's New York office, pushed up his captive's blindfold.
Mr. Yousef squinted as his eyes adjusted to the light. Then Mr. Gavin pointed at the Trade Center towers below, their lights glowing in the clear, cold night.
''Look down there,'' Mr. Gavin said he told Mr. Yousef. ''They're still standing.''
Mr. Yousef replied, ''They wouldn't be, if I had had enough money and explosives,'' recalled Mr. Gavin, who has since retired. 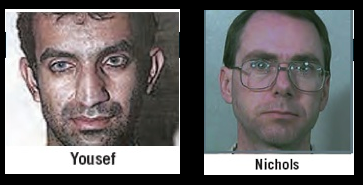 Some investigators even highlight material found in a Congressional report (The Oklahoma City Bombing: Was There A Foreign Connection?), which notes that Yousef may have links to Terry Nichols (infamous as a co-conspirator of the Oklahoma City bombing). In 2010, Red Dirt Report's Andrew W. Griffin pointed to a story posted at KTOK.com by reporter Jerry Bohnen headlined, “CIA documents suggest foreign involvement in OKC 1995 bombing.”

What other dots are being ignored? Is chaos in Washington D.C. causing focuses being directed at Russia, while old enemies are waiting in the wings? 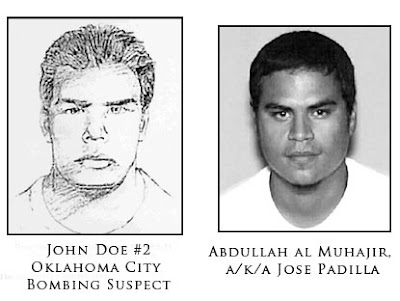 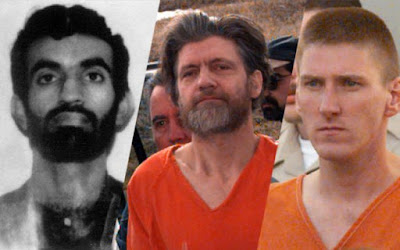 Posted by Loren Coleman at 2:12 PM