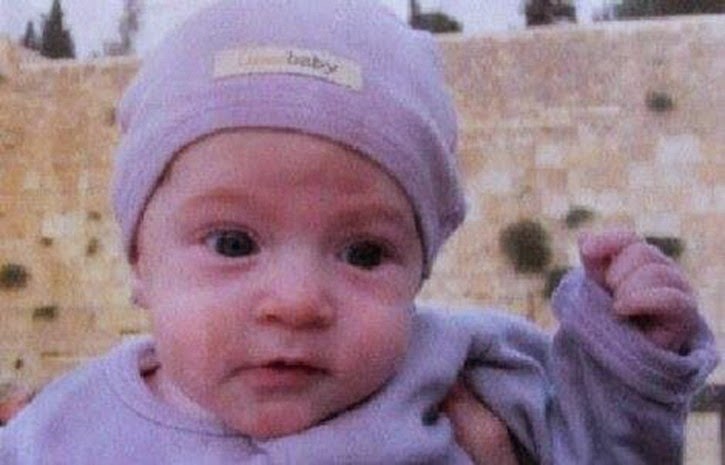 The killing of a young baby sharing the name of the Biblical symbolic first woman, linked to the conflict over a pivotal location important to Jews, Christians, Roman pagans, and Muslims, may point to a future wave of contagion violence. The stalking of soldiers killed in similar situations may produce even more copycats.

Wednesday, October 22, 2014, was the date a terrorist attacked and killed a soldier at the National War Memorial. It also was the same day that an individual jumped the fence at the White House.

Thursday, October 23, 2014, two New York City police officers, at the corner of Jamaica Avenue and 160th Street, were attacked by a man with possible ties to Islamic extremism. 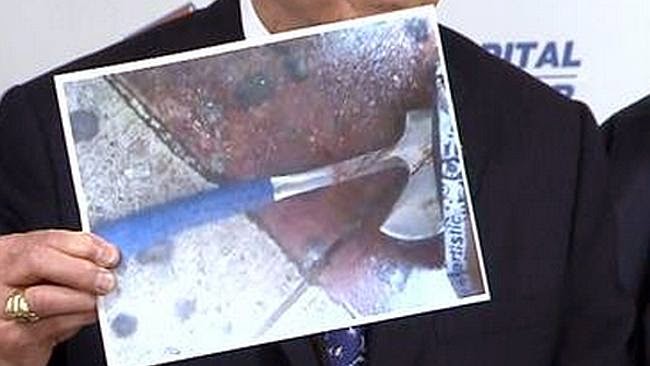 These events happened within the same week that the use of cars to ram and kill has the potential to become, anew, a copycat terrorist technique.

On Monday, October 20, 2014, Martin Couture-Rouleau, 25, ran over two soldiers, killing one, in a Saint-Jean-sur-Richelieu, Quebec supermarket parking lot. In September, ISIS had said this type of attack should be encouraged.

The October 20th incident appears to be a close copycat of the murder of British soldier Lee Rigby in London on May 22, 2013. Rigby was run over by two Muslim converts (two British men of Nigerian descent) before being stabbed and hacked to death.

So, what happened on October 22, 2014? What occurred in Israel that Americans and Canadians heard little about?

The Killing of Eve

A Palestinian man, Adbel-Rahman Shaloudi, 21, rammed his car into commuters waiting at the Ammunition Hill light rail stop in Jerusalem, Israel, on Wednesday, October 22. His actions killed a 3-month-old baby, Israeli police said. The U.S. State Department said the baby was "reportedly an American citizen, who was killed in this despicable attack."

The child, identified by her grandfather as Chaya Zissel Braun, was killed and several US citizens and Israelis were wounded.

Chaya means "alive, living." Chaya is related to the name Chava, who appears in the Bible as the first woman, i.e. Eve, (Genesis 3:20). Eve is an English given name for a female, derived from Eva, in turn originating with Hebrew חַוָּה (Chavah/Havah - chavah, to breathe, and chayah, to live, or to give life). The traditional meaning of Eve is "living."

Zissel means "sweet" in Yiddish. Braun is a name used by Germans and Jewish families for "brown," originally as the color of hair.

The young Chaya [Eve] was killed.

The driver of the vehicle was shot as he tried to flee and soon died, police and hospital officials said. Israeli police spokesman Mickey Rosenfeld called it an apparent "intentioned event" and terror attack. 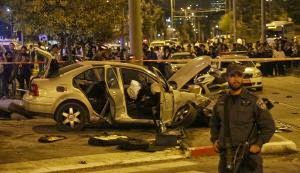 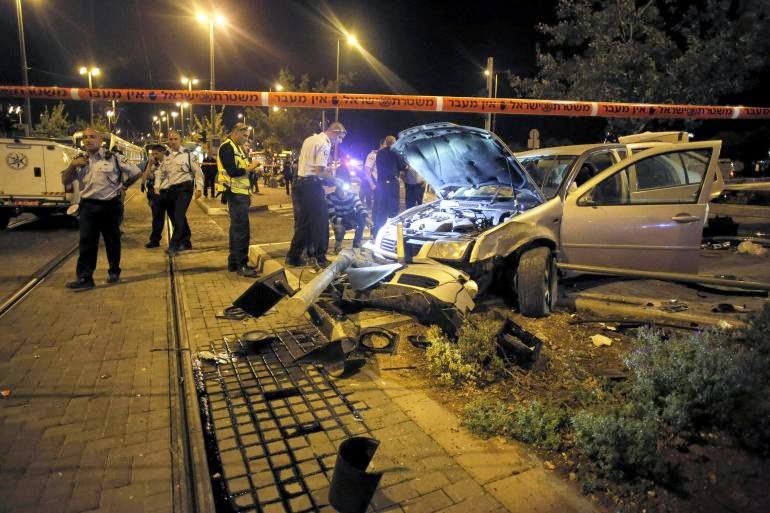 Rosenfeld said in another tweet that the driver was an Arab resident of Silwan (East Jerusalem), who had served time in an Israeli prison for terrorism offenses.

A surveillance camera captured the horrific scene, which has been posted on social media. It shows a speeding car veering right, cutting across two lanes, mounting the station pavement and plowing through the people waiting at the stop.

As one Jewish news source noted: 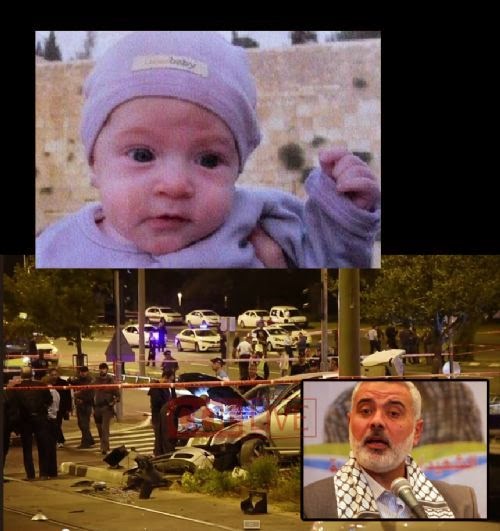 After his daughter got medical treatment in Israel, Hamas leader Ismail Haniyeh praised the murder of baby Chaya Zissel Braun.
"Have you killed and also inherited?"
Ismail Haniyeh, leader of the Hamas terrorist movement in Gaza, was full of praise for the Arab terrorist who drove into a crowd of Jewish people in Jerusalem on Wednesday.
Murdered in the attack was 3-month-old Chaya Zissel Braun, who had an American citizenship, who thrown from her stroller as a car swerved into the Ammunition Hill light rail station, injuring 9.
Chaya had been born after her parents had tried for years to have a baby to no avail, the grandfather Shimshon Halperin told the Jerusalem Post, adding that her parents were in shock, having just learned of her death.
"They had just returned from the Kotel. It was the first time in her life that the girl was at the Kotel. They [her parents] took pictures, they held her up to face the Temple Mount, and they told her this is the holy place," said Halperin.

He was referring to an accident earlier this week in which a Palestinian girl was killed after a car crashed into them. The Jewish driver fled the scene, saying he feared he would be lynched, but reported the accident.... [See ColLive for more.]


Battle Over the Temple Mount/al-Aqsa Mosque 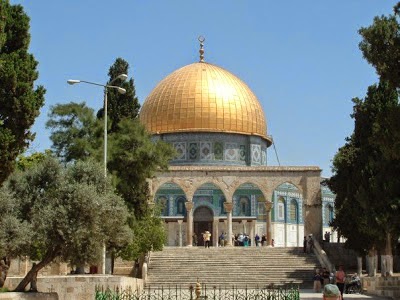 One of the major reasons for the car ramming appears to have been directly tied to the conflicts between Muslims and Jews over the Temple Mount/al-Aqsa Mosque.

Abbas had called on Palestinians to prevent Jews "by any means" from visiting a Jerusalem holy site revered by both Muslims and Jews. He was referring to the hilltop compound sacred to Jews as the Temple Mount, where the two biblical Jewish Temples stood. It is also sacred to Muslims, who refer to it as Noble Sanctuary, the place from where they believe the Prophet Muhammad ascended to heaven.

The site is the holiest in Judaism and the third holiest in Islam, and a frequent flashpoint for Palestinian demonstrations. 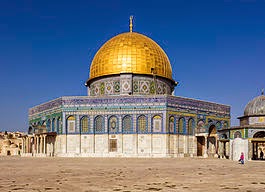 The Temple Mount, known in Hebrew as Har haBáyit (Hebrew: הַר הַבַּיִת) or as Har haMoria (Hebrew : הַר הַמוריה) and in Arabic as the Haram al-Sharif (Arabic: الحرم القدسي الشريف‎, al-haram al-qudsī ash-sharīf), the Noble Sanctuary, is one of the most important religious sites in the Old City of Jerusalem. It has been used as a religious site for thousands of years. At least four religious traditions are known to have made use of the Temple Mount: Judaism, Christianity, Roman religion, and Islam. The present site is dominated by three monumental structures from the early Umayyad period: the al-Aqsa Mosque, the Dome of the Rock and the Dome of the Chain. Herodian walls with additions dating back to the late Byzantine and early Islamic periods cut through the flanks of the Mount. It can be ascended via four gates, with guard posts of Israeli police in the vicinity of each. Source.

The Dome of the Rock is located at the visual center of a platform known as the Temple Mount. It is believed, or assumed by tradition, to have been constructed on the site of the Second Jewish Temple, which was destroyed during the Roman Siege of Jerusalem in 70 CE. The Romans built a temple to Jupiter on the site.

Car Rammings On The Rise
Considering what we saw happen in London in 2013, in Quebec last Monday, and in Israel on Wednesday, it does not take a crystal ball to predict the potential increase in "car rammings."

Formerly, copycat behavior was mirrored nearly exactly. But in recent years, copycatters are learning from previous incidents, and making corrections in their behaviors. The violence is being fine-tuned, to avoid military and law enforcement prevention of the events.

For several years, Jewish individuals have been aware of a new form of violence towards them by a minority of Arabs and Palestinians. On August 8, 2011, after years of this occurring, the Jerusalem Post termed them "ramming terror attacks."

Stratfor Global Intelligence observed that "while not thus far as deadly as suicide bombing," this tactic could prove more difficult to prevent.

I use the simple term "car rammings." ISIS has called for automobiles to be used thusly, and Hamas leaders are directly reinforcing the tactic of using vehicles as weapons.

There is a recent history of such incidents, from the USA and Israel, beginning less than a decade ago. Are we in for more of this?

Ali R. Warrayat, originally from Jordan, drove his car through the front doors of the Chandler, Arizona, Home Depot, barely missing an employee. He then tried to set the paint department on fire. He had placed a Palestinian flag and a copy of the Quran in the trunk of his car.

Mohammed Reza Taheri-Azar, an Iranian Muslim, inspired by Allah and hatred for America, purposely drove his Jeep Cherokee into students at the University of North Carolina at Chapel Hill. Nine were injured. 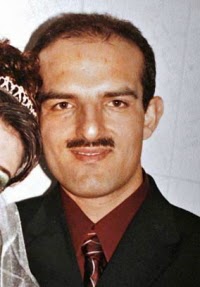 
The 2008 bulldozer terror attack was followed by the September 22, 2008, "Jerusalem BMW attack" in which a Palestinian drove a BMW saloon car into a group of off-duty soldiers, injuring 19, in Jerusalem, Israel.

South Tel Aviv attack is 5th of its kind in past three years, including "Nakba Day" attack, "Jerusalem bulldozer attacks." Seven people were injured in south Tel Aviv early Monday morning, after a terrorist from the West Bank carjacked a taxi and rammed it into a police road block protecting a Tel Aviv nightclub, before going on a stabbing spree.
Monday's attack comes after a similar attack in May on Nakba Day when a young truck driver from the Arab town of Kafr Kasim caused terrifying destruction in south Tel Aviv after ramming his truck into several vehicles on Bar-Lev Street, in what police suspected to be a “lonewolf terror attack” that killed one man and injured 17 others.
The 20-ton Volvo truck, driven by the 22-year-old man, departed Kafr Kasim on the morning of the attack and entered Tel Aviv via Route 4, driving through the Mesubim Junction. As the driver approached the Hatikva neighborhood, he struck and ran over several cars. The truck driver continued on, smashing into a black jeep, a white Fiat car, flattening a road sign, and striking other vehicles, before suddenly swerving into the opposite lane, running over a moped – seconds after its driver leapt off – then finally smashing sideways into an Egged bus, that just dropped off its last passenger.
The attacks are also reminiscent of the so-called "Jerusalem bulldozer attacks" three years ago that started on July 2 2008 when terrorist Husam Taysir Dwayat carried out a lethal bulldozer rampage on Jaffa Road which killed three people and wounded dozens before he was killed.
Three weeks later, tractor driver Ghassan Abu Tir, a 22-year-old resident of the east Jerusalem neighborhood of Umm Tuba who was working on a construction project on a side street near the King David Hotel, pulled into King David Street and repeatedly crashed his vehicle into a No. 13 Egged bus, which managed to escape, and then rammed into five cars, one of which he overturned, before being shot dead by a motorist who happened by the scene. 15 people were wounded in the attack.
Two months later, east Jerusalem resident Kasem Mugrabi drove his BMW into a a crowd in Jerusalem's Tzahal Sqare near the Old City. 17 people were wounded, most of them soldiers, before he was shot dead by an IDF officer. 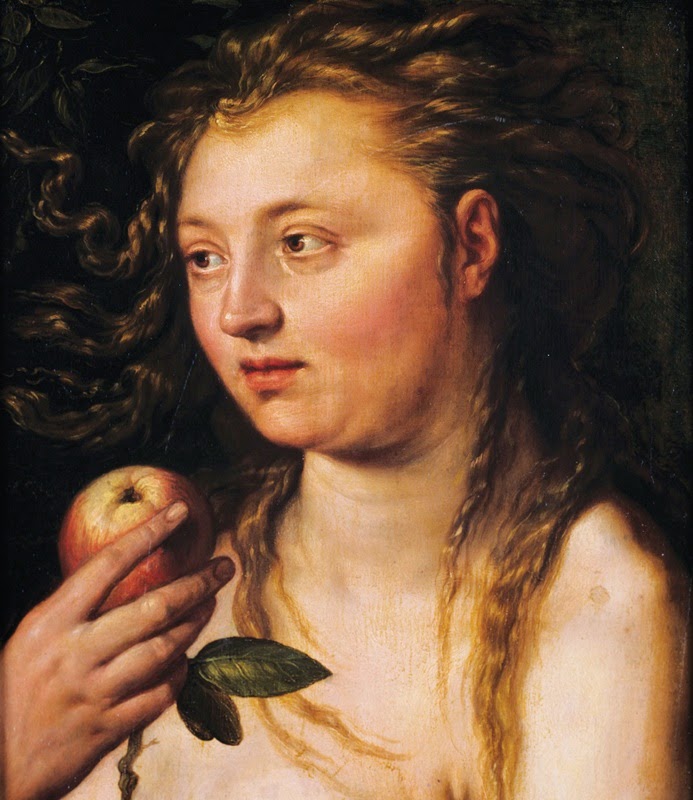