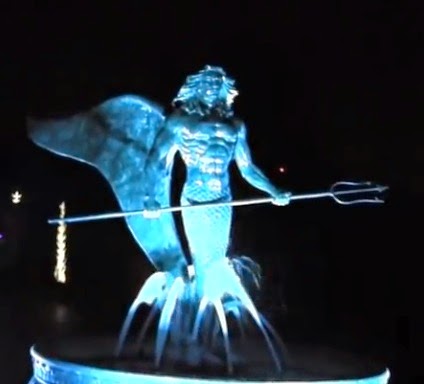 According to WJON, the Stearns County Sheriff’s Office is reporting that a theft occurred at the “Poseidon Fortress” house in St. Cloud, Minnesota. 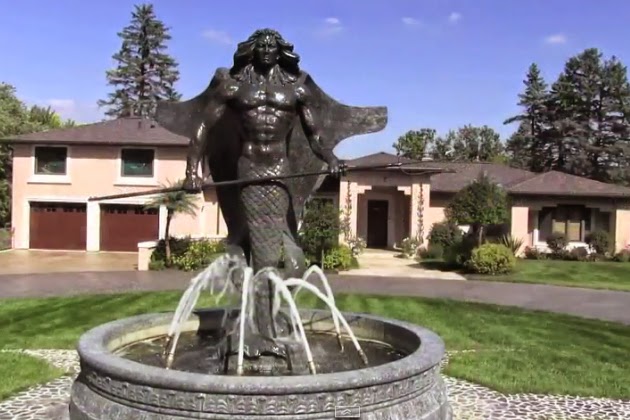 [The Sacs or Sauks are a group of Native Americans of the Eastern Woodlands culture group. Due to the yellow-clay soils found around Saginaw Bay, their autonym was Oθaakiiwaki (often interpreted to mean "yellow-earth"). The Ojibwe and Ottawa name for the tribe (exonym) was Ozaagii, meaning "those at the outlet." From the sound of that, the French derived Sac and the English Sauk. The use of "le," for "the" is thus used in American location names, as per "Le Sauk."]

Sanner says the caretaker at the residence reported that somebody stole (at a time unknown) the trident from the bronze Poseidon statue in front of the house. Source.

The Poseidon Fortress/House is the site of a spoof of an actual real estate video of the home for sale. See below. 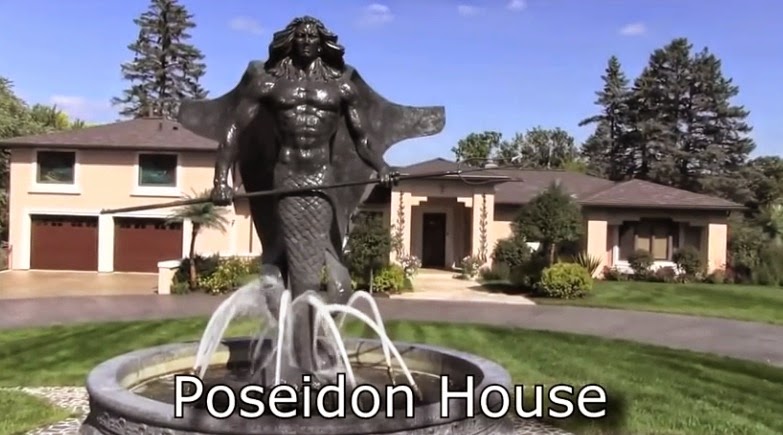 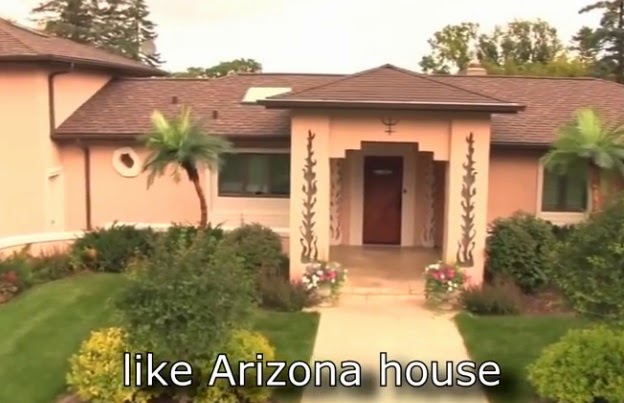 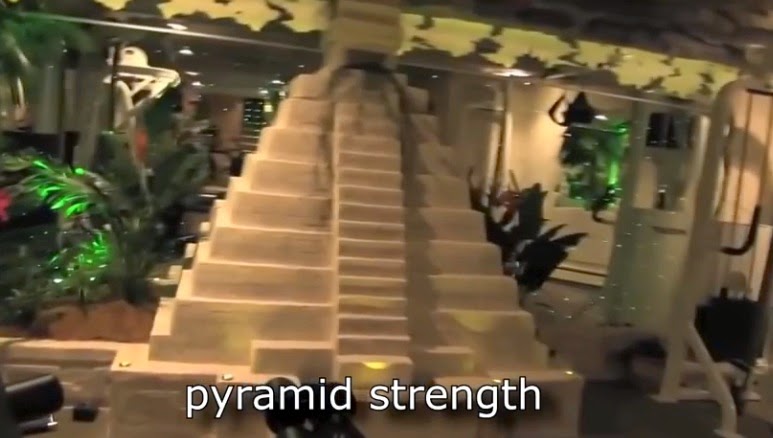 Pyramids of Strength at the