In one of Freemasonry's most enlightened locations, Paris' City of Lights, a symbolic Masonic structure, the Louvre Museum's Pyramid, has experienced a terrorist incident on 3 February 2017. The Pyramid was commissioned by then-president François Mitterrand, a 33-degree Freemason, for twilight reasons. 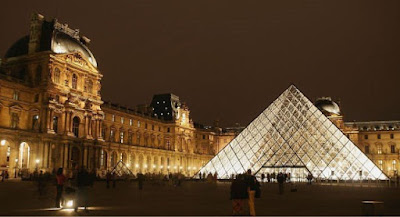 A machete-wielding man who yelled Allahu Akbar ("God is greatest") was shot and injured as he attacked security forces at the Louvre museum in Paris on Friday, police said.

One soldier was injured in the assault by the knifeman who was shot five times and is alive despite his serious injuries. Reportedly, the suspect was shot in the stomach and legs.

Two backpacks (said to be a suitcase in one news report) he was carrying did not contain explosives, city police chief Michel Cadot said.

Prime Minister Bernard Cazeneuve called the attack "terrorist in nature" after the incident which led streets around the world-famous museum to be sealed off.

The man suspected of attacking a soldier in Paris's Louvre museum on Friday has been identified as Abdullah Reda al-Hamamy, a 29-year-old Egyptian born in Dakahlia, a province northeast of Cairo, two security sources said. 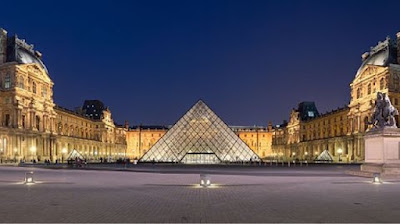 The day after Groundhog Day links to an intriguing twist as this attack near the Louvre merges with the movie Edge of Tomorrow (2014).

Major William Cage is a public affairs officer with no combat experience. The Tom Cruise character (Cage) repeats his day, over and over, as a combatant, learning new skills and gaining more intelligence about the enemy, who are aliens. He discovers the alien hive queen, Omega, is under the Louvre Pyramid in Paris. 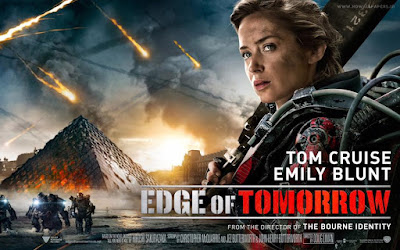 For more detailed syncs to this event, see Andrew W. Griffin's "There is a light that never goes out (Hell Valley)" at his Red Dirt Report, February 3, 2017.

As background on the Louvre Pyramid, conspiracy sites regularly note the supposed deeper secret background to this structure.


The pyramid at the Louvre, commissioned by Francois "the Sphinx" Mitterand, a 33 degree Freemason of the Grand Orient Lodge, to be made out of 666 panes of glass to the layout of the mall at Washington, DC, the Illuminati have made their presence clear through the occult symbolism of their architecture. He also served as President of France from 1981 to 1995, elected as representative of the Socialist Party. The only Socialist President ever elected in France. Source.

The controversial pyramid was commissioned by then president François Mitterrand, a leader sympathetic to the ideals of Masonic orders, and designed by the Chinese-American architect I.M. Pei. Although Pei stated publicly that his pyramid had nothing to do with stone pyramids of old, of all the pyramids in the world he could have used for inspiration, including their myriad angles of inclination, he chose to incline his magnum opus to within a degree of the angle used to construct the Great Pyramid of Giza: an extraordinary coincidence for a man who claimed his design had been inspired by a trellis in the nearby Jardin des Tuilleries.
Such ‘coincidences’ are the stuff of conspiracies; an excuse to point accusatory fingers at secret societies. In this case such claims are justifiable, although the motive is far from sinister. The Great Pyramid of Giza— as well as other identical structures— were built primarily by adepts who learned a specific type of craft from ancient Mysteries Schools. Source. 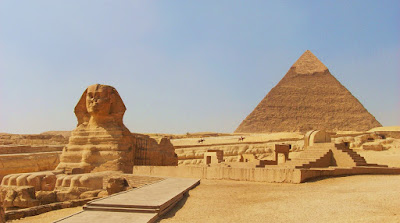 A lot to consider here, Loren. A lot. With recent syncs with "France", "Frenchmen" and "Louis" I am thinking to David Plate's note of "Versailles," recently. And along with all of this, I have been watching a miniseries on King Tut.

F. Mitterrand was almost an "initiated scholar", obsessed by Egypt (where he was for his last christmas). the man who wanted to be a king: his pyramid was simply his cenotaph (during his last official speech he said: "I believe in mind forces; I won't leave you").

The guy with the machet would be an egyptian.

Tonight (02/03), there's a special event in Paris for its olympic games candidature. With a special enlightment for the Eiffel tower.

The guy with the machet would be an egyptian.

F. Mitterrand was almost a "initiated scholar", obsessed by the ancient Egypt (he passed his last christmas in this country). The man who wanted to be a king: his pyramid was his cenotaph. During his last speech, knowing he'ld soon die, he said: "I believe in mind forces, I won't leave you".