Are We In Oz? Another Beheading and A King Air Crash 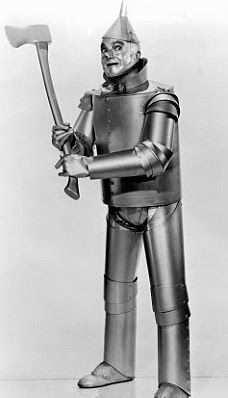 In "The Perfect Synch Storm," I shared a comment maker's notion that what we are seeing is, in some way, linked to the twilight language of James Shelby Downard’s "Killing of the King" ritual. The many royal monikers showing up in the recent news items seem to be beyond coincidence.

That was followed last night, by Patricia Ward, a professor of English, being beheaded by her son Derek. An eyewitness is quoted.

Witness Jack Imperial, 41, of Queens, was taking a taxi to a meeting when he came across the grisly scene, he told the New York Daily News.
“The body’s feet were at the curb, the shoulders were at the middle of the street. The head was across the street,” Imperial told the newspaper. “I’ve seen some gruesome stuff in my years of living ... but nothing like this. I didn’t expect to see something like this, especially not out here.” Source

Then this morning a King Air crashes in Kansas. 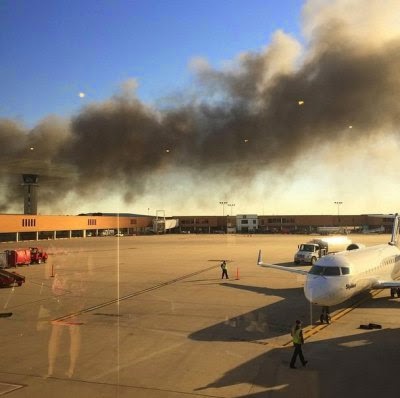 People were found dead inside the building, four are reported dead. At one point, over 10 people were said to be trapped in the building, with a few seriously injured, after the plane, a Hawker Beechcraft King Air, crashed into that building near the airport located in southern Kansas.

The logo of the Hawker Beechcraft King Air appears to repeat the imagery in the Cross of the Hospitallers.

An interesting and romantic survivor of Outremer (a general name given to the Crusader states established after the First Crusade) "was, and is, the Sovereign Order of the Knights of the Hospital of St. John of Jerusalem, of Rhodes, and of Malta, the Hospitallers, who held Rhodes from 1309 to 1523 and Malta from 1530 to 1798. Starting with a hospital in Jerusalem, before the Crusades even started, the Order was recognized by the Pope in 1113 and soon acquired a military branch, staffing some of the most famous castles of Outremer, like the Krak des Chevaliers in Syria." Source.

The FAA said the twin-engine plane lost an engine on takeoff and crashed into the two-story building. The roof on the building's eastern side has collapsed.

Wichita, Kansas, with a 2010 population of 382,368, is the largest city in Kansas. Because of it's unique position on the plains and in the center of the country, the city has been the location of the beginnings of many businesses. Coleman, Mentholatum, Pizza Hut, Freddy's Frozen Custard & Steakburgers, White Castle, Taco Tico, and Koch Industries were all been founded in Wichita.

The city is known as "The Air Capital of the World" because of the establishment of the following aircraft corporations in Wichita in the late 1920s and early 1930s: Stearman, Cessna, Mooney, and Beechcraft. Learjet, and Spirit AeroSystems continue to operate design and manufacturing facilities in Wichita today, and the city remains a major center of the U.S. aircraft industry.

The city has interesting links to a broader history, such as the fact that one of the signatories on the town charter was a lone woman, the town laundry operator, Catherine "The Widow" McCarty, whose elder teenage son, after leaving Wichita, would become the infamous gunman, Billy the Kid.

Billy the Kid is a 1930 American film produced and directed in widescreen by King Vidor. 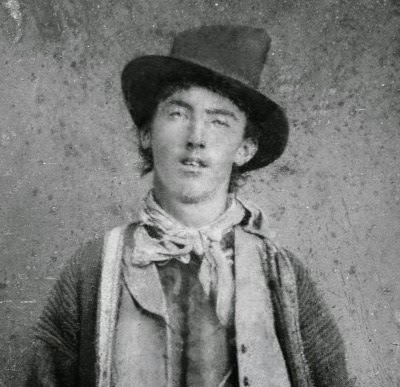 Kansas? But are we, instead, in Oz?

In L. Frank Baum's book The Wonderful Wizard of Oz, the author describes Kansas as being "in shades of gray."

But what is Oz, red, right now?

Let's we forget, in the book, the Tinman beheads wild cats.

Scarecrow: “I cannot understand why you should wish to leave this beautiful country and go back to the dry, gray place you call Kansas.”
Dorothy: “That is because you have no brains … No matter how dreary and gray our homes are, we people of flesh and blood would rather live there than in any other country, be it ever so beautiful. There is no place like home.” ~ from L. Frank Baum's book, The Wonderful Wizard of Oz (1900)

Back in the early 1980's, the state of Kansas promoted itself on signs and bumper stickers as the "Land of Ahhhs." I am a Wichita, Kansas native. The baseball team when I was young was the Wichita Pilots (now the Wingnuts). However, before they changed to the Pilots in 1987, they were the Aeros. I had seen a large sign just yesterday that said "AERO" (rhymes with "Arrow") and it struck me. Of course in my Oklahoma "237" license plate sync the other day, I note the "Sacred Rain Arrow" Native American imagery next to the "237." Something to think about.

This remains me of the 50's TV show Sky King. The Cessna 320c nicknamed The Songbird flew out of the Flying Crown Ranch.

There was a near-beheading with a machete in another plains state, Oklahoma.

I‘ve been revisiting King Kill since the Ebola patient zero in USA – who was in DALLAS and a Thomas Eric DUNCAN. Recall that King Kill also draws inspiration from Macbeth which begins basically when Macbeth murders King DUNCAN. There was all that attention on Scottish Independence around that time too. Vote (Sept 18). Duncan arrived in Dallas Sept 20....

Well, being in Oklahoma, we're right between Kansas (Land of Ahhhhs/OZ) and Texas (King Kill 33). And with another (near) beheading - this time, by a Christian fundamentalist, folks here are getting a little freaked out.
"Kill thy physician, and the fee bestow
Upon the foul disease" - Earl of Kent, King Lear.