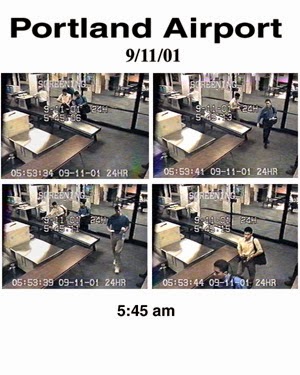 The number 237 has been appearing frequently in synchromystic circles, of late. On October 14, 2014, I posted "Flight 237, Obama's 237, and Room 237." This was stimulated by the Flight 237 Ebola scare at Logan Airport, Boston. But it tracks back, today, to 9/11's beginning in Portland, Maine, via Logan Airport, to the Twin Towers in New York City.


Room 237 has received film world praise. And thus it has spammed at least one good copycat, of sorts.

This new documentary is Pitch Perfect 237, by Cook St. Productions. (View here, if video does not show up.)

What quickly becomes apparent is that Pitch Perfect 237 - without getting in the way of itself - is a well-made documentary that has great synchromystic insights. It mixes the topic with equal parts of humor and deep twilight symbolism. This, of course, is being done as if one of the stars of the Twilight movies, Anna Kendrick, has some control over what is being revealed.

The secret behind the insights in Pitch Perfect 237 is the seemingly tongue-in-cheek observations on the role of 9/11 in Pitch Perfect, as if that is its primary hidden message. But even in humor individuals can decode twilight language.

Pitch Perfect 237 is clever. The male singers, The TrebleMakers (sounds like The Troublemakers), sing a song (and act it out) about planes, and the Barden Bellas, dress as airline attendants, as they sing. Pitch Perfect 237 counts them and, humm, finds the numbers intriguing. 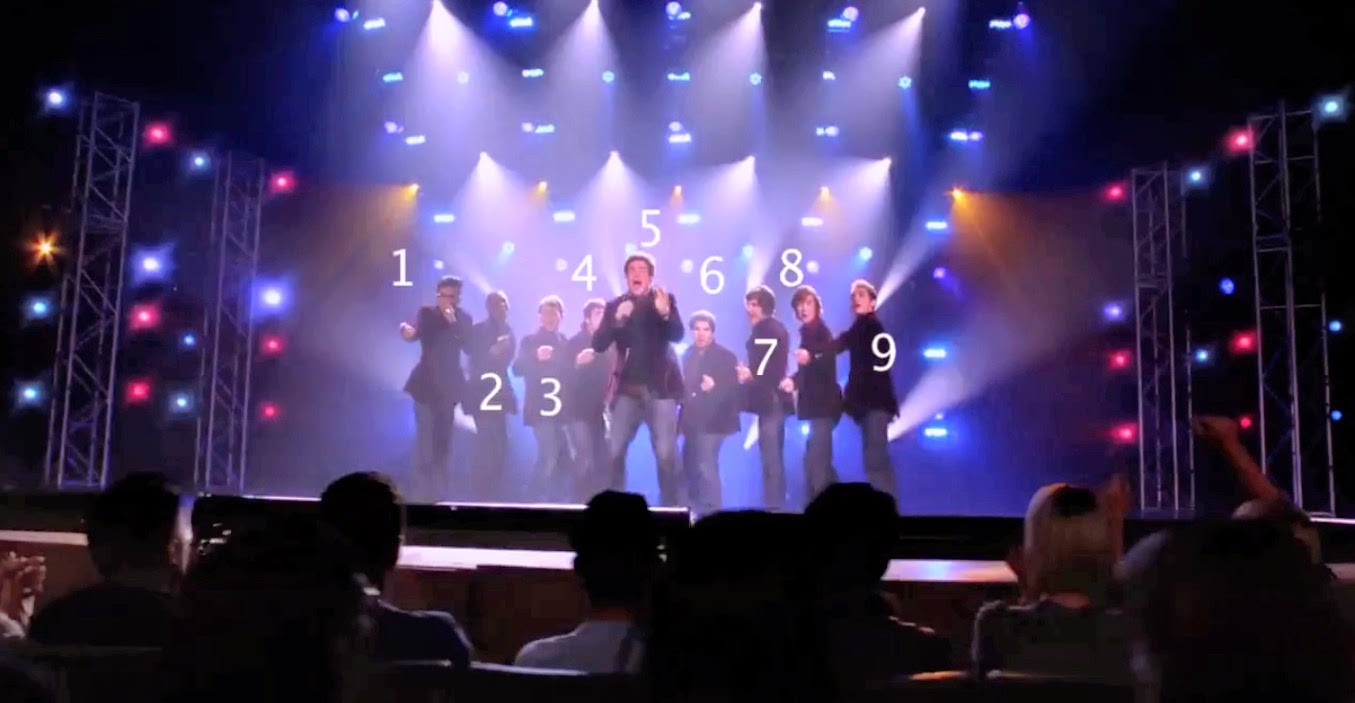 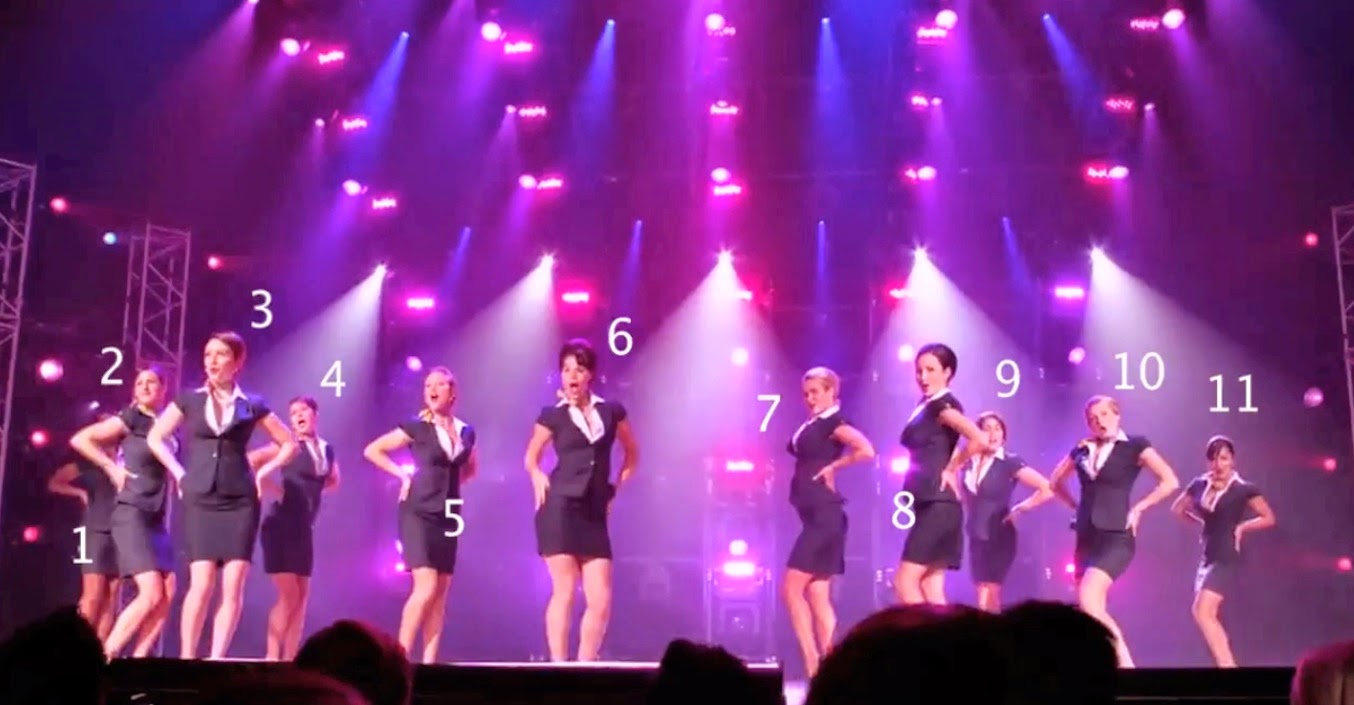 Enki King, who posted this video on his Facebook wall, also mentioned, "It just occurred to me that Anna Kendrick is from Portland Maine, and Mohammed Atta flew out of Portland International Jetport the morning of 9/11. Hmmm..." 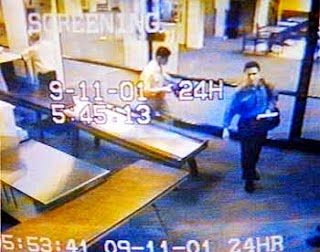 I live in Portland, Maine, and have written of the mystery of Atta in Portland. Being in Portland, people also are very aware of the actress Anna Kendrick being from here. Portland is a small world. 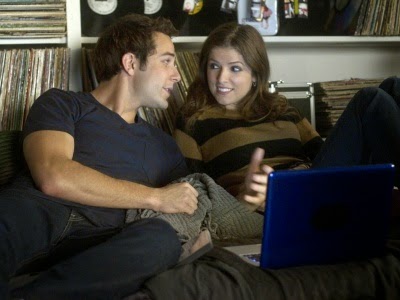 Anna Kendrick's "Beca" is given insights about the world through viewing The Breakfast Club.

Another actor from Portland, Maine appears in Pitch Perfect.  Judd Nelson is shown via film outtakes from The Breakfast Club.

"Nelson was born [November 28, 1959 or July 28, 1959 - both are given] in Portland, Maine, the son of Merle (née Royte), a court mediator and former member of the Maine state legislature, and Leonard Nelson, a corporate lawyer....He went to...Waynflete School in Portland, Maine," says Wikipedia.

To a conspiracy theorist, even a conspiracy humorist making links to 9/11, the fact that two Portland, Maine actors are in Pitch Perfect is a coincidence somewhat beyond statistical chance. Interestingly, the filmmaker of Pitch Perfect  237 never mentions the 9/11-Portland-Kendrick-Nelson links.

Another actress with Portland, Maine - and Waynflete - in her blood is Liv Tyler, who "was born Liv Rundgren [July 1, 1977] at Mount Sinai Hospital in New York. She is the only daughter of Bebe Buell, a model, singer, and former Playboy Playmate (Miss November 1974), and Steven Tyler, the lead singer of Aerosmith....[She attended] Breakwater School and Waynflete School in Portland, Maine, before returning to New York City with her mother at age 12," mentions Wikipedia. In 2002, she starred in The Lord of the Rings: The Two Towers - a film that has received its fair share of 9/11 analysis. Just saying. 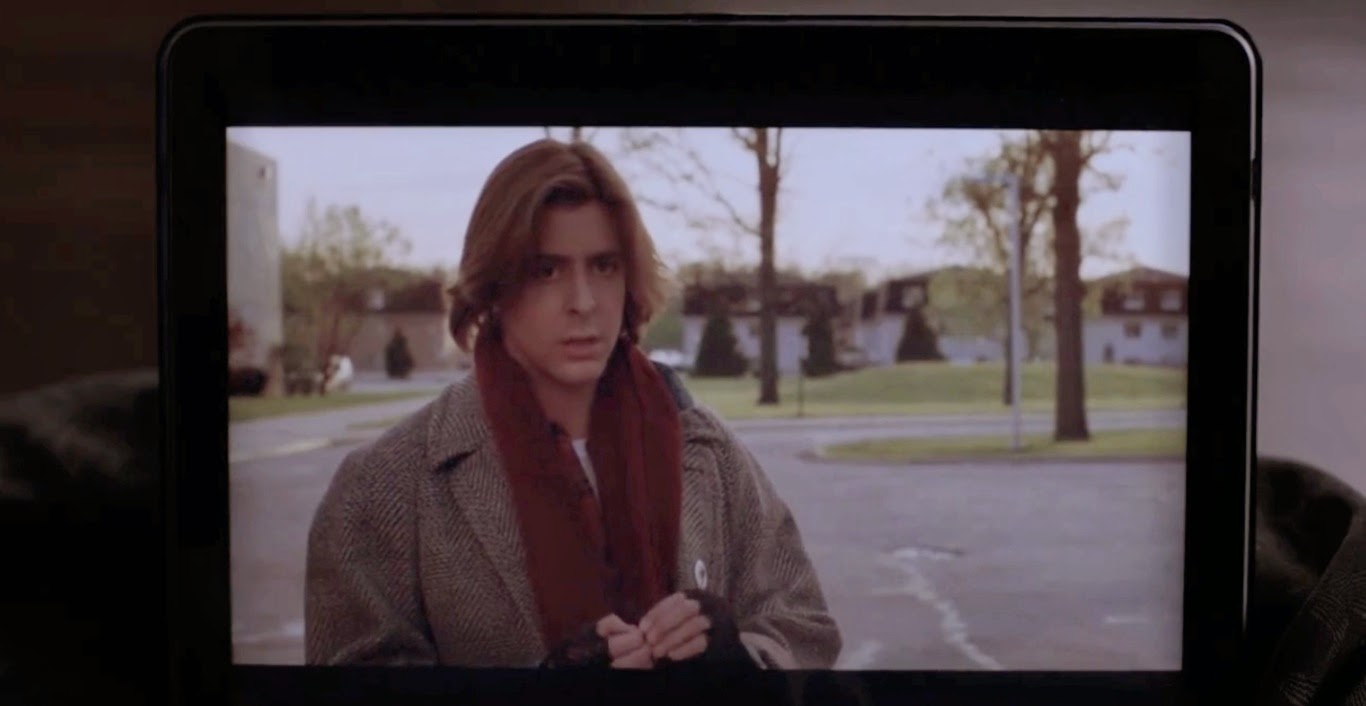 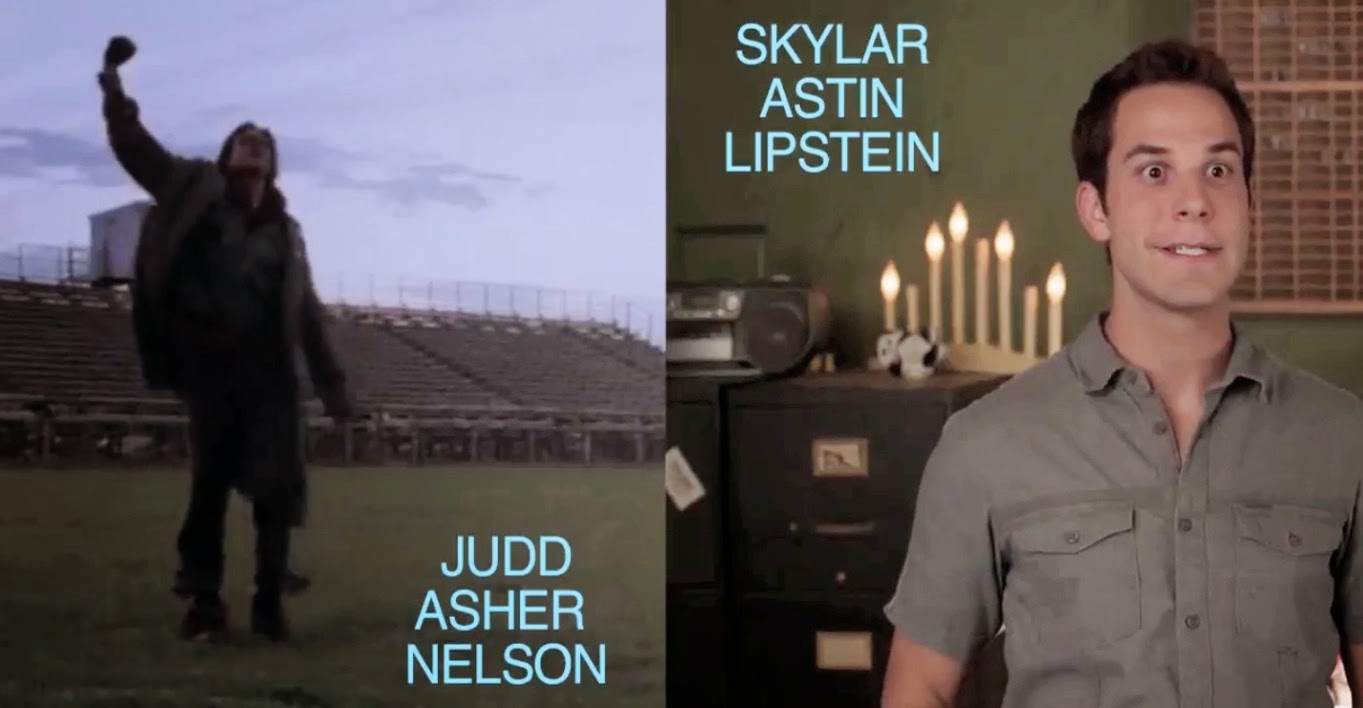 Some of the imagery in Pitch Perfect - and Pitch Perfect 237 - such as this cover of Cat Scratch Fever over the head of Skylar Lipstein, is difficult to understand. 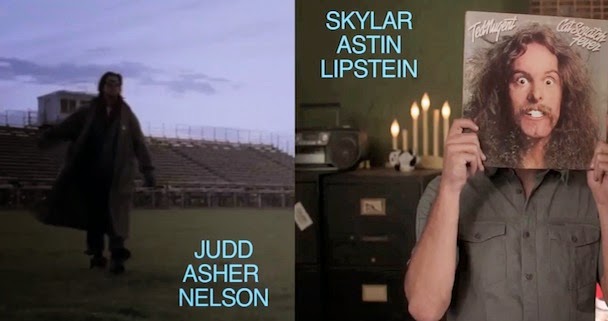 Of course, after viewing Pitch Perfect 237, you may be left scratching your head about why nothing was said about Room 334 appearing in Pitch Perfect. The clip of Room 334 is at 1:11 in Perfect Pitch 237. 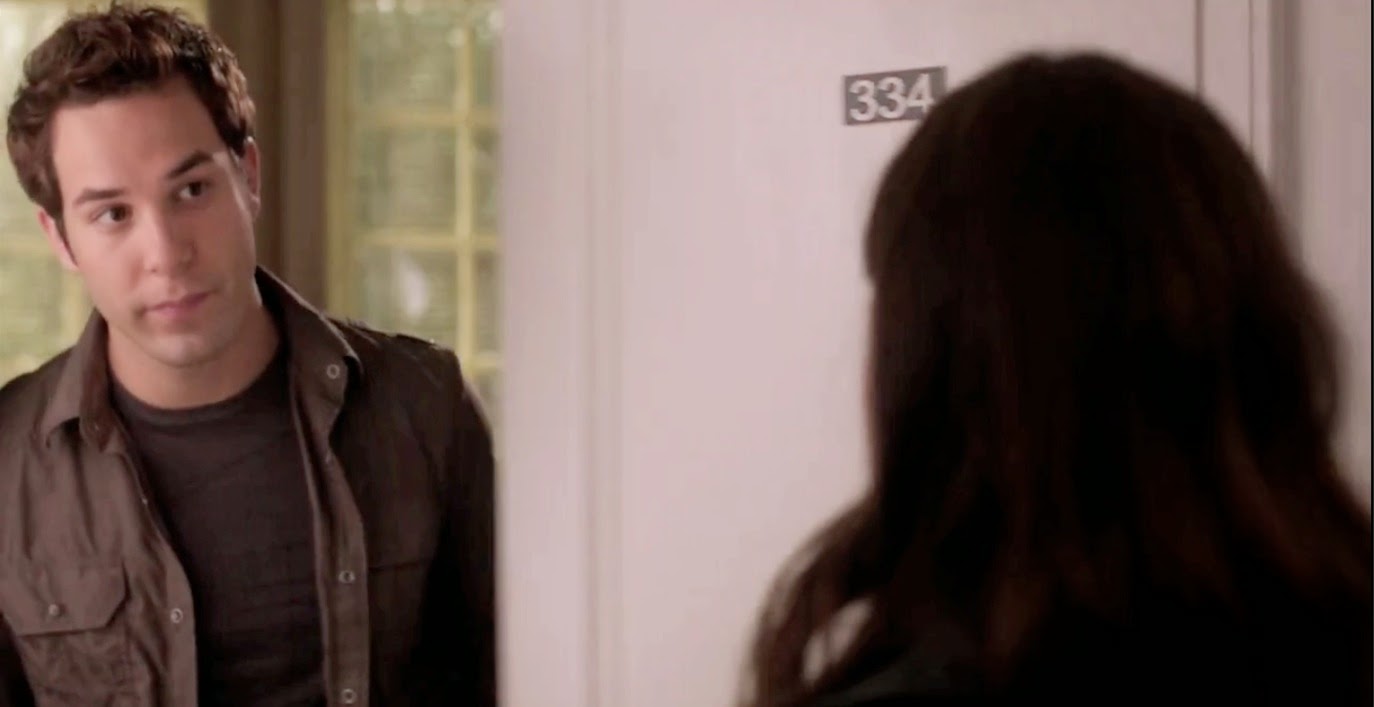 I do have to note there was a strange televised program in 2010-2012 entitled Inside Room 334. It was a web series where a fictional deranged hotel owner installs a spy camera inside Room 334, and posts the clips he collects online. Bizarre, to say the least.

Posted by Loren Coleman at 6:36 PM

It's funny how things flow. I saw this story about Judd Nelson being 'not' apparently dead after all yesterday, and immediately remembered your post on Pitch Perfect 237!!