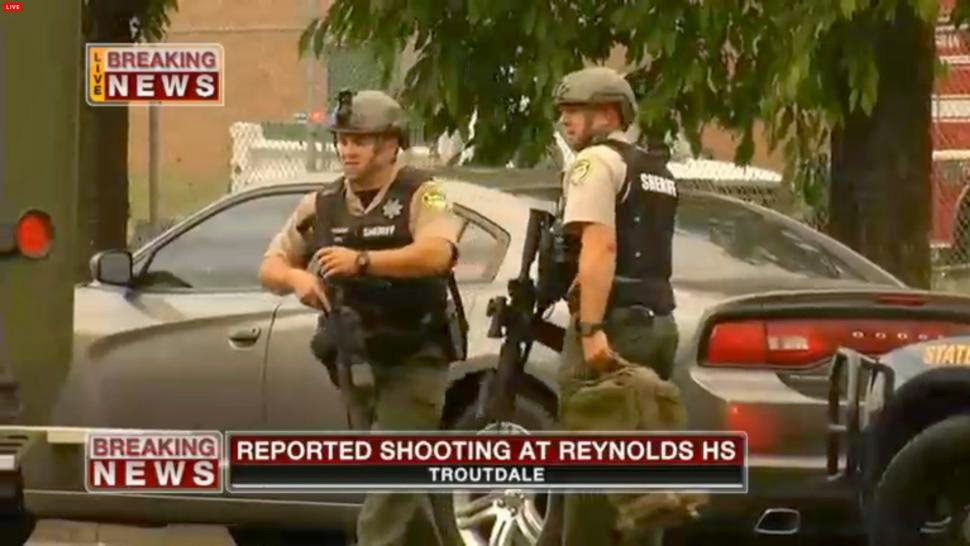 A male teen gunman with a semi-automatic weapon (reportedly an AK-15) and one victim are both dead after shots were fired at Reynolds High School in Troutdale, Multnomah County, Oregon early Tuesday, June 10, 2014.

The gunman walked into an Oregon high school and fatally shot a student. 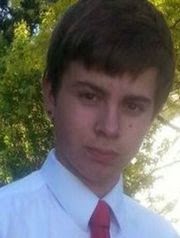 The shooting started in a gym detached from the main school building. A 14-year-old freshman at the school, named Emilio Hoffman (pictured), was fatally shot in the boys' locker room. Physical education teacher Todd Rispler also was in the gym and was grazed by a bullet.
Authorities found the shooter, a male teenager, dead a short time after the incident began. Authorities did not say whether the gunman was killed by police or took his own life. 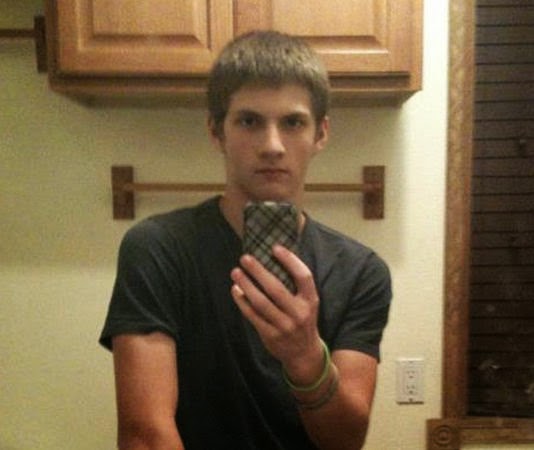 On Wednesday, the killer was identified as Jared Michael Padgett*. He was a 15 year old freshman, in ROTC, who liked guns. This continues the Jared/Jerad/Jared lexilink we have seen lately.

Police responded to reports that shots were fired at the school at 8:07 a.m. local time as the situation unfolded in the small town east of Portland, Oregon. 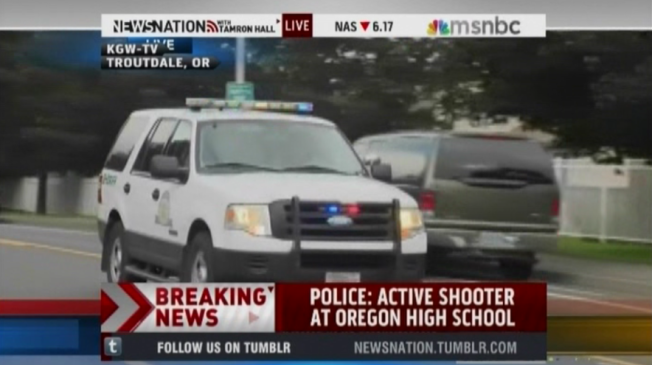 At 10 a.m. local time, Troutdale Police Department Chief Scott Anderson said at the first televised press conference to follow the incident that the shooter entered the school and fatally shot one student before being neutralized. He was found dead.

Reynolds was put on lockdown immediately after shots were first fired, though some students were soon after evacuated from the building.

Troutdale had a population of roughly 16,000 as of the 2010 census, and is situated just south of the state’s border with Washington. Around 2,800 students were enrolled at the school during the 2008-2009 academic year, and the school is presently the second-largest high school in the state, according to Troutdale Mayor Doug Daoust.

Troutdale was incorporated on October 2, 1907. It was named after the country home of Captain John Harlow, a former sea captain from Maine, and a successful Portland, Oregon businessman. According to an article in the Oregonian in 1959, he named his home Troutdale because it had a "small dale near his house where it had a fish pond which he stocked with trout."

Troutdale is a quiet tourist town of 15,000 near the Columbia River, about 16 miles east of downtown Portland.

It will be recalled on June 5, 2014, a 19-year-old man was killed and two other people wounded when a gunman opened fire in a building at Seattle Pacific University.

Jared (Hebrew root YRD) means "he who descended" and "a ruling, commanding, coming down."

Michael (Hebrew) means "who is like God" (mi-who, ke-as or like, El-deity), which in Talmudic tradition is interpreted as a rhetorical question: "Who is like God?" (which expects an answer in the negative) to imply that no one is like God. In this way, Michael is reinterpreted as a symbol of humility before God.

Plaggett (French) is a diminutive variant of Page, meaning a "page, a young boy in training as a personal assistant to a knight," "an attendant."
Posted by Loren Coleman at 2:46 PM

Also note that Reynolds High School was formerly called COLUMBIA High School, i.e. very similar to Columbine High School in name, about as close as can get in Oregon.

JRH/ירה means "to shoot" in Hebrew, and PSchT/פשט can mean "to make a raid". Not that the mascot of Reynolds High School is "the raider". Also, Michael sounds like the old English word mikel, meaning great, strong, hardy.