Nine people, according to CNN, were shot Tuesday morning, St. John's Day, June 24, 2014, in the Liberty City section of Miami.

One of the victims was a teenage girl, CBS4 reports.

The shooting happened around 2:00 a.m. outside an apartment complex in the Liberty City neighborhood, about 6 miles north of downtown Miami, at Northwest 12th Avenue and 65th Street (pictured above), according to CNN and the Miami Herald. 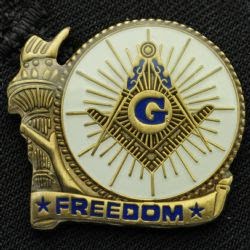 The Liberty City of the 1940s-1960s was the home of Kelsey Pharr, M. Athalie Range (the first African American to elected serve on the Miami city commission) and boxer Muhammad Ali.

Into the 1990s and 2000s, the region's music that gained popularity grew to reflect the area with locals such as Luther Campbell of the 2 Live Crew pioneering the Miami bass genre, which dominated Southern hip hop music during the decade. Other music and sports talents rose to national prominence from the area such as rappers Trina and Trick Daddy and NFL players Chad "Ocho Cinco" Johnson, Terry Bridgewater, and Willis McGahee.
Posted by Loren Coleman at 8:13 AM