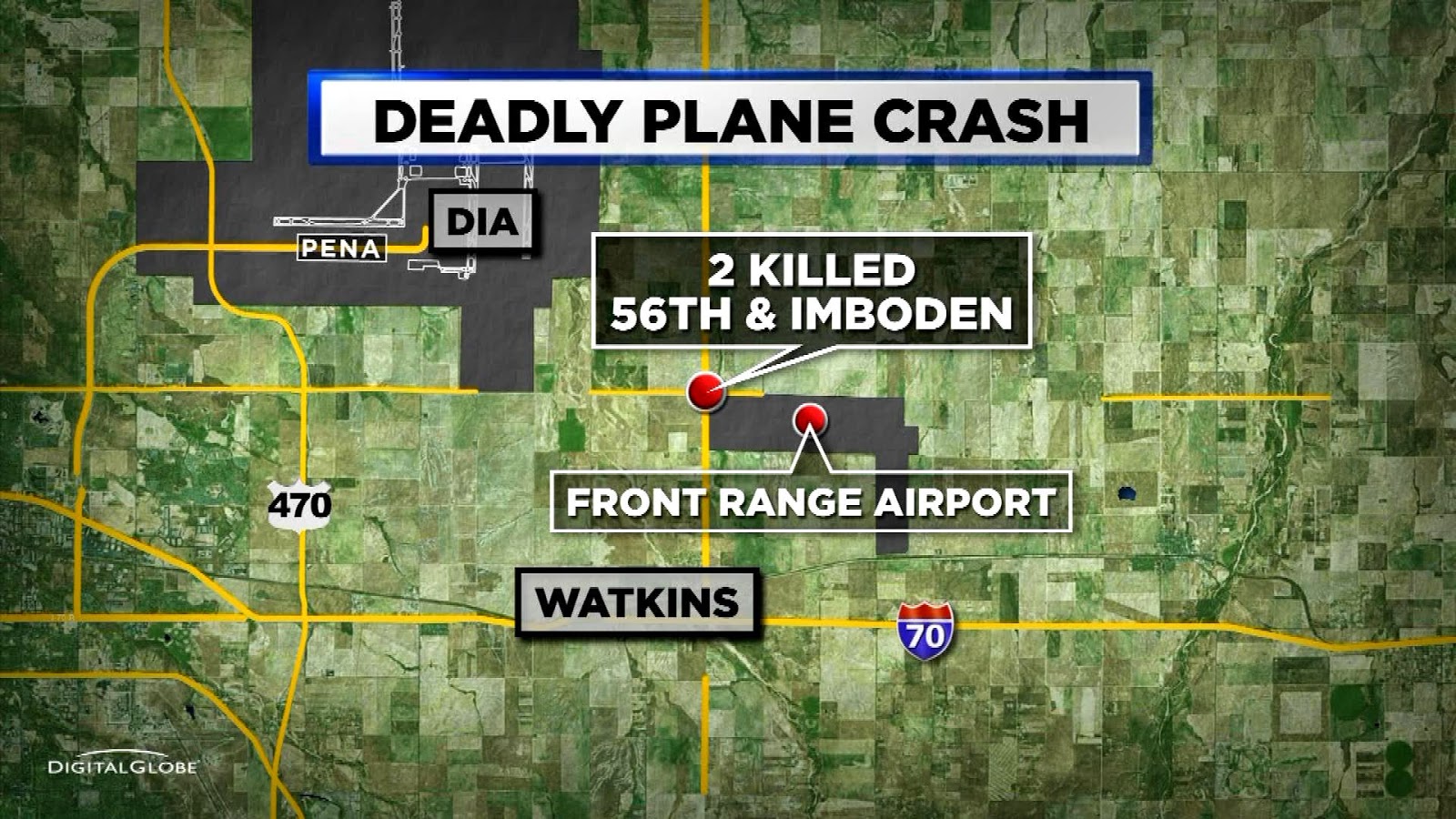 It was soon discovered that two men were dead after a plane crashed near 56th Avenue and Imboden Road on Saturday morning. The pilot was 29-year-old Amritpal Singh who had several years of flying experience. His passenger was not identified, but was said to be a musician in town for a concert Saturday night at Adams City High School. Singh was giving airplane rides to some of the people in town for the concert. 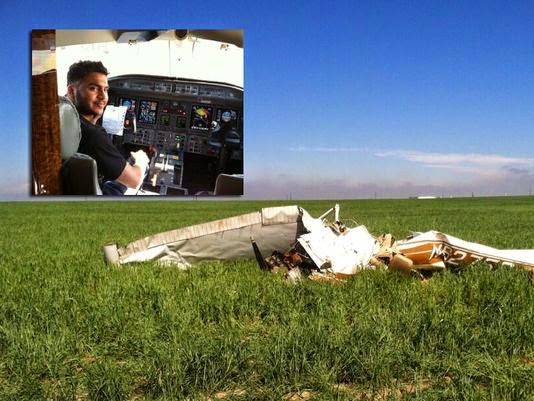 The crash occurred at Colorado's Aurora (literal meaning, you will recall is "red dawn"), near the Front Range Airport in Adams County.

The plane took off at around 12:30 a.m and was reported missing at 3:45 a.m. by family members. It was discovered around 7 a.m. Saturday morning.

The plane was a Cessna 150, fixed-wing, single-engine airplane and was owned by Singh of Aurora.

Family members say Singh was a kind person who would do anything for anyone.

Adams County Sheriff's Office and other agencies responded to the crash, in an open field near Imboden Road.

A few words about the names in this incident.

Aurora has been detailed on this blog often, and we need not dwell on that moniker again. See here. 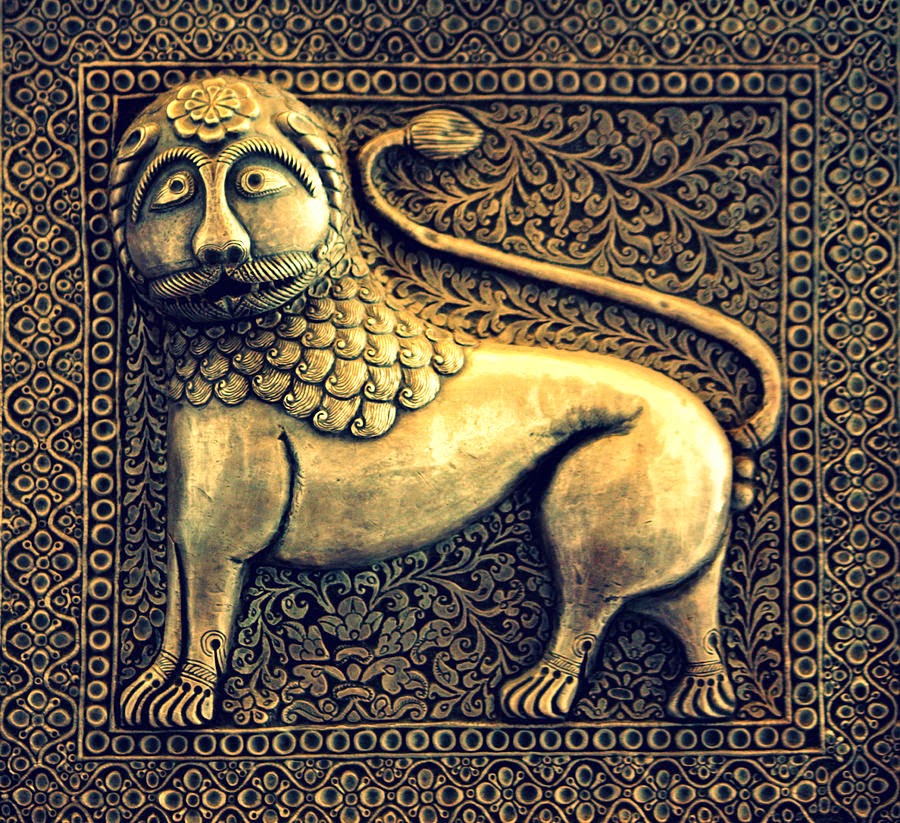 Singh is a common title, middle name, or surname used in South Asia, mainly in India, used originally by the Hindu Kshatriyas (warriors and kings). It is derived from the Sanskrit word सिंह Simha meaning lion. It is used as a surname or middle name by Hindu communities like the Marathas, Rajputs, Jats, Yadavs and Ahirs among others, and Sikhs. Generally this surname is found in males - and to most American, associated with Sikhs. By the sixteenth century, "Singh" had become a popular surname among the Maratha and Rajput warriors.

Amritpal: This is an Indian and Sikh name meaning "protected by the lord's nectar," and thus "immortal."

Watkins: As the map at top shows, this crash happened near Watkins. In earlier Fortean Times columns and then in my 1983 book, Mysterious America, after discussing the special weirdness surrounding the name "Watkins," I wrote:

More on Watkins: Besides discussing the Fayette factor, Jim Brandon penned the following thoughts in his 1983 book, The Rebirth of Pan: Hidden Faces of the American Earth Spirit:

For more insights and recent examples of the Watkins/Watts thread, see here.

Imboden: So what is the origins of the name "Imboden"? The crash took place near the corner of 56th and Imboden. The direct meaning of the name is South German, Austrian, and Swiss German in origin, a topographic name for someone who lived "in the (valley) bottom," from Middle High German bodem, boden "floor," "bottom," and "ground" (cf. Boden).

Imboden place names in the USA, like Imboden, Arkansas, appear to be named after John Daniel Imboden (February 16, 1823 – August 15, 1895), who was a lawyer, teacher, Virginia state legislator. He commanded the unit involved the arrest of John Brown at the capture of Harpers Ferry, and the often forgotten story of securing Brown's Masonic sword. During the American Civil War, Imboden was a Confederate cavalry general and partisan fighter. After the war he returned to practicing law, began writing, and also was active in developing natural resources.

Later on Saturday, May 31, 2014, on the East Coast, another plane crashed. A Gulfstream IV crashed about 9:40 p.m. Saturday as it was departing from a Massachusetts airfield for Atlantic City International Airport in New Jersey, said Matthew Brelis, a spokesman for the Massachusetts Port Authority, which operates Hanscom Field. Nearby residents recounted seeing a fireball shoot about 60 feet in the air. The airfield is about 20 miles northwest of Boston. It was used by the Army Air Corps and military operations dominated until it became both a military and civilian facility in the 1950s. 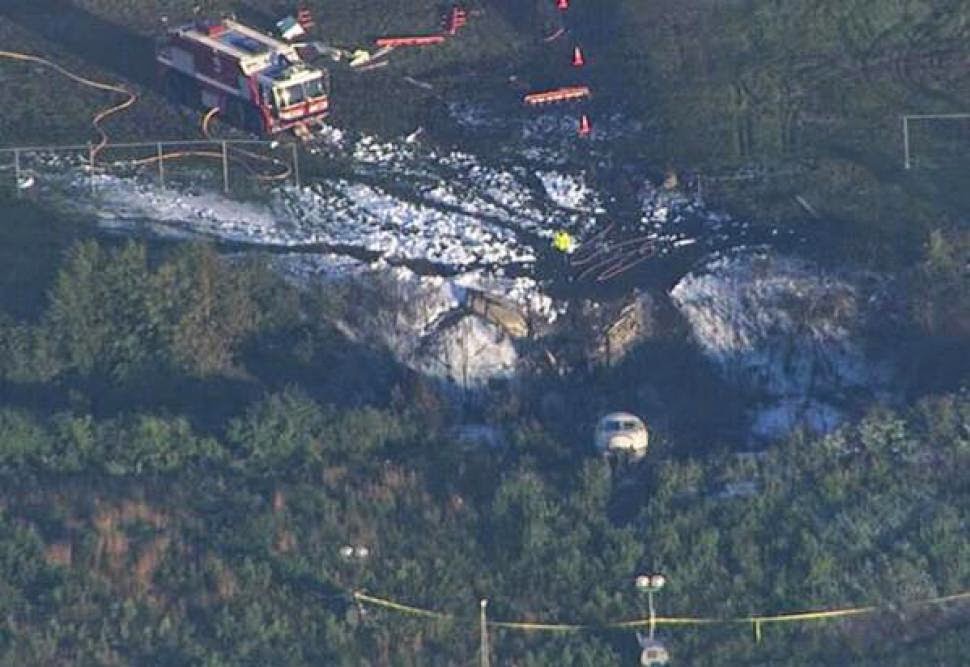 Seven people were killed in the crash, including three crew member. Among the seven, a powerful media personality died. 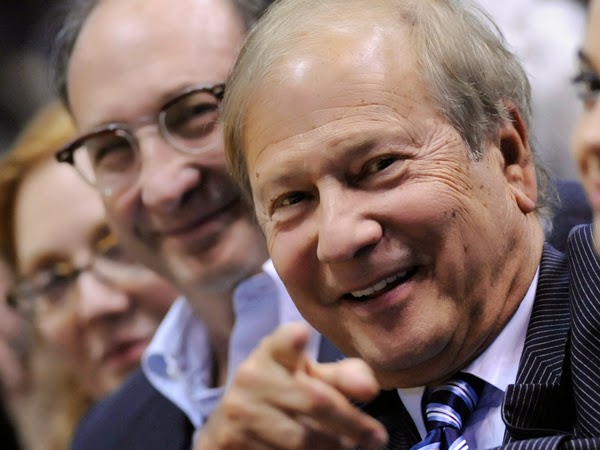 Lewis Katz, 72, co-owner of The Philadelphia Inquirer, The Daily News and Philly.com, died. On Tuesday, Katz and H.F. "Gerry" Lenfest bought out their partners for $88 million, gaining control of the media company that owns the Inquirer. The partners that Katz went up against? The powerful Norcross family, which allegedly controls New Jersey politics, is the one that lost out to Katz and Lenfest in the court battle.

Katz made his fortune investing in the Kinney Parking empire and the Yankees Entertainment and Sports (YES) Network in New York. He once owned the NBA's New Jersey Nets and the NHL's New Jersey Devils and is a major donor to Temple University, his alma mater.

Katz attended an education-related event in Concord, Massachusetts, Saturday afternoon at the home of historian Doris Kearns Goodwin and her husband, Richard Goodwin.

Longport borough commissioner Daniel Lawler confirmed that Anne Leeds, 74, wife of commissioner James P. Leeds Sr., had been traveling with Katz and others, and perished in the crash.

Katz invited Leeds on the trip last-minute as the two met on the beach Saturday, it was learned.

Also on board was Marcella Dalsey, executive director of the Drew A. Katz Foundation - named after Katz's son - and president of KATZ Academy Charter School, which she cofounded with Lewis Katz in 2012. Dalsey is a South Jersey native who started her career in real estate investment. In 1995, she opened Gracie's Ice Cream Parlor in Haddonfield.

The names of the other victims were not officially released.

Nancy Phillips, Katz's longtime companion and Inquirer city editor, was not on the plane.

Neither was a shaken former Gov. Ed Rendell, who said he'd been invited by Katz to make the trip but declined because of a speech engagement he had at the Little Shul, a South Philadelphia synagogue. Rendell said Katz's death was "mind-blowing."

There was a moment of silence in honor of Katz at Yankee Stadium before the start of Sunday's game against the Minnesota Twins. He was described as "a member of the Yankee family," and his photo was displayed on the stadium's giant screen. 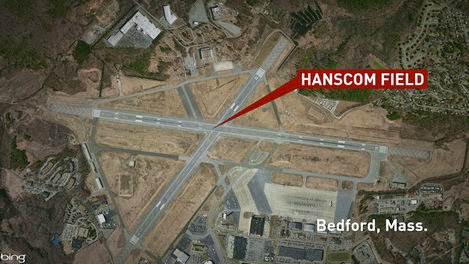 Officials also did not speculate on what they think caused the crash. They said the National Transportation Safety Board will investigate and determine what happened.

Lewis is a Teutonic/German name, meaning of which is "famous in war." Of course, Lewis is a significant power name in Freemasonry.

Katz is a common German surname. It is also one of the oldest Ashkenazi Jewish surnames. Germans with the last name Katz may originate in the Rhine River region of Germany, where the Katz Castle is located. The name of the castle does not derive from Katze, cat, but from Katzenelnbogen, going back to Latin Cattimelibocus, consisting of the ancient Germanic tribal name of the Chatti and Melibokus. Katzman, deriving from the German Katz, is a Slavic name meaning high priest or king. As a Jewish surname, Katz is an abbreviation formed from the Hebrew initials of the term Kohen Tzedeq (Hebrew: כּ״ץ‎), meaning "priest of justice"/"authentic priest".

Yes, Singh (lion = a feline, a cat) and Katz died in airplane crashes.
Posted by Loren Coleman at 6:01 PM