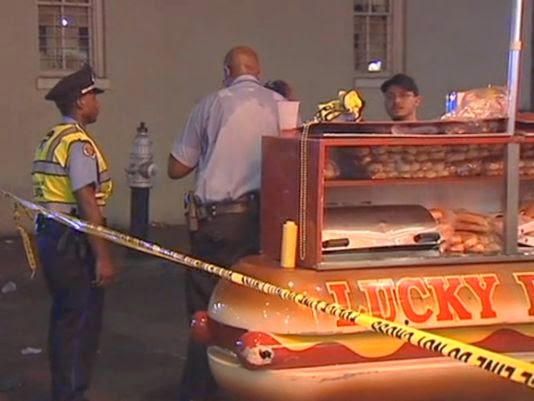 An angry-sounding man shot at another man and then emptied his gun into the crowd in the 700 block of Bourbon Street early Sunday morning, June 29, 2014, according to an eyewitness.

New Orleans Police say nine people have been injured during a shooting on celebrated Bourbon Street.

Police spokesman Frank Robertson says the incident happened early Sunday. Seven people were hospitalized in stable condition, and a female was listed in critical condition. Another victim's condition was not available.

Bourbon Street is New Orleans' most famous street, a nightly swirl of bright neon and happy tourists with beverages in hand. The French Quarter's Bourbon Street is a blend of jazz joints, strip clubs, bars and four-star restaurants. Marie Laveau's House of Voodoo is located on the corner of St Ann. Reverend Zombie's House of Voodoo is down St. Peter Street from the site of the shooting. 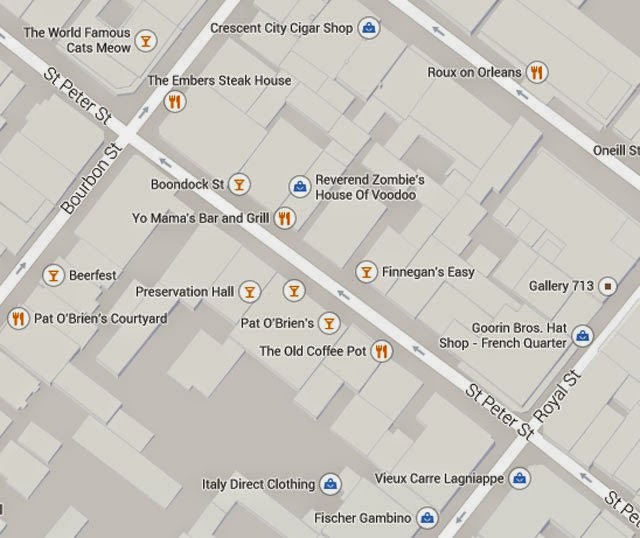 Sunday morning's incident is the third major shooting on Bourbon Street in the last three years. In February on the Saturday before Mardi Gras, an argument in the 400 block of Bourbon Street led to a shooting that sent four people to the hospital. During Halloween in 2011 on that same block, one person was killed and seven others were injured after gunmen opened fire on each other in the crowd, according to the USA Today.
Posted by Loren Coleman at 1:16 PM