Two revolutionary intellectuals, both authors of books that made people think, passed away recently this Spring. 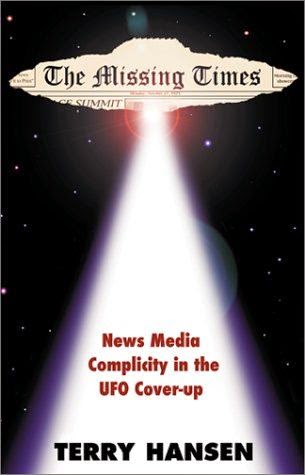 Overnight on June 20, into June 21, 2014, nearing the Summer Solstice, journalist and researcher Terry Hansen died. Hansen was a ufologist and author of The Missing Times: News Media Complicity in the UFO Cover-up. 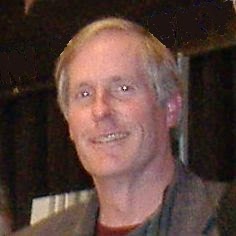 Hansen died quietly in his sleep. His wife Jessica reported the doctor said her husband had a massive coronary, and felt no pain.

The site The UFO Chronicles first shared the news, and quoted Hansen's wife as saying:

He was the most honest person with the greatest sense of integrity I have ever known. My first impression of Terry was one of nobility of spirit and he never let me down He had a lot of wonderful adventures the last few years of his life and I am so grateful for that.

Terry Hansen was a former magazine editor and then became an independent journalist with a special interest in scientific controversies and the politics of knowledge. He followed the UFO controversy for much of his life and had occasionally written about it for various media, including National Public Radio and the Minneapolis Star & Tribune. He was a guest on various regional and national broadcast programs, including Dreamland, the History Channel, and Strange Days. He had spoken before various groups about UFO-related censorship and propaganda.

Hansen organized and moderated two symposiums about "The Science and Politics of UFO Research" for the Science Museum of Minnesota in St. Paul. His one book was The Missing Times: News Media Complicity in the UFO Cover-up. Find excerpts from the book by clicking here.

Hansen held a bachelor's degree in biology and a master's degree in science journalism, both from the University of Minnesota. 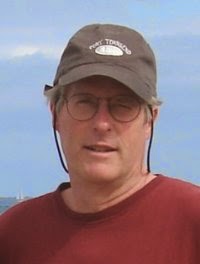 Terry Hansen was a founding partner of KFH Publications, Inc., a Seattle computer-magazine publishing company. He was also an active private pilot with ratings for single-engine aircraft and gliders, and the skipper of the converted diesel-powered wooden fishing trawler, New Rosa. He had lived on the Canadian Gulf Islands, and on Bainbridge Island, Washington State, with his wife, Jess, and two parrots.

Word has also reached me, via Patrick Huyghe, that the revolutionary thinker Louis A. Frank died over a month ago. Frank thought outside the box, often, and was Patrick's coauthor on The Big Splash. 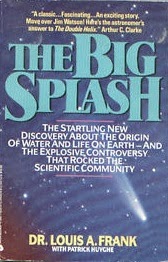 Frank, an experimental physicist, was often on the breaking edge of science, as he made the first measurements of the plasma ring around Saturn, was the first to measure solar-wind plasma funneling directly into the Earth’s polar atmosphere and was the first to observe with a scientific instrument the belt of ions around the Earth known as the “ring current.” Frank also discovered the theta aurora, a light phenomenon that looks like the Greek letter theta hovering above the polar cap. 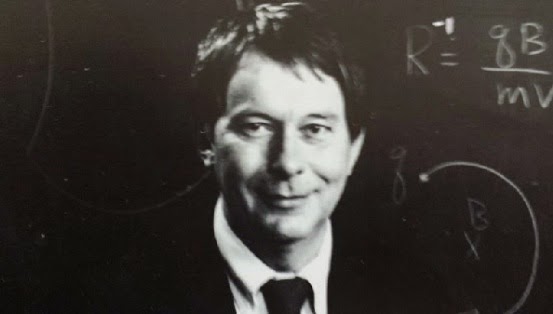 As a young scientist, when he was 42, Louis Frank got in the most hot water (no pun intended) when he started talking about small comets and their importance in the history of Earth. The grueling nature of Frank's battle with other scientists was even briefly highlighted in The New York Times. 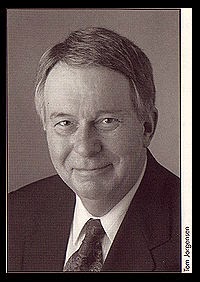 The Des Moines Register summarized Frank's concept and what happened because of the controversy this way:

Louis A. Frank, a retired University of Iowa scientist who believed small comets made of ice and water crashed into the Earth to create the planet’s lakes, rivers and oceans, died Friday. He was 75.
In 1981, Frank and his UI colleagues analyzed data from the NASA satellite Dynamics Explorer I, which looked at Earth in ultraviolet light. Frank and his team were interested in small black dots found in the images.
While some believed the dots were transmission errors, Frank and his team concluded the spots were caused by the disintegration of small comets — each weighing about 20 to 40 tons.
In 1986, Frank published his findings in Geographical Research Letters, a scientific journal. He argued that as many as 25,000 small comets disintegrated in the Earth’s atmosphere each day.
Eleven other researchers published responses refuting Frank’s claims, and Frank and his co-other responded to 10 of them.
In 1990, he and science writer Patrick Huyghe published the book The Big Splash: A Scientific Discovery That Revolutionizes the Way We View the Origin of Life, the Water We Drink, the Death of the Dinosaurs, the Creation of the Oceans, the Nature of the Cosmos, and the Very Future of the Earth Itself.
In 1999, Frank, a Chicago native, compared his earlier research to images from NASA’s Polar satellite, which he believed supported his theory. However, again, scientists in the field objected to his findings.
In an opinion piece published by the Washington Post and The Des Moines Register, Frank described the painful experience of advocating for an unpopular idea in the scientific community.
“The science game can be brutal,” he wrote. “I was shunned by almost everyone. … I paid a stiff price. Perhaps I shouldn’t have been so naive, but the behavior of some former friends and colleagues amazed me. It went far beyond what I expected.”

Here is his formal obituary:

Dr. Louis A. Frank, Professor Emeritus of Physics & Astronomy from the University of Iowa died Friday, May 16, 2014.
Memorial services will be held 10 a.m., Tuesday, May 20th at the Gay & Ciha Funeral and Cremation Service in Iowa City with visitation from 4-7 p.m., Monday at the funeral home. Private family interment will take place at Oakland Cemetery. In lieu of flowers, donations can be made to the Van Allen Physics Scholarship Fund at the University of Iowa Foundation.

Louis was born in Chicago, IL and graduated from high school in Fort Madison, Iowa. He enjoyed nurturing trees and wildlife as well as automobiles. His passion in life was science.
Dr. Frank was a Professor of Physics at The University of Iowa, where he had been a member of the faculty since 1964. His first professional research activities occurred in 1958 when he assisted Professor Van Allen in the calibration of the first U. S. lunar probes, Pioneers 3 and 4, as an undergraduate student. Since then he had been an experimenter, co-investigator, or principal investigator for instruments on forty-two spacecraft. Dr. Frank was the principal investigator for the auroral imaging instruments for the Dynamics Explorer Mission, the plasma instrumentation for the Galileo Mission to Jupiter, the U. S. plasma instrumentation for the Japanese Geotail spacecraft, and the camera for visible wavelengths for the Polar spacecraft of the International Solar Terrestrial Physics (ISTP) Program. His publications encompassed such topics as the first direct measurements of the terrestrial ring current and of the polar cusp, the current systems in Earth's magnetotail, the plasma tori at Jupiter and at Saturn, and global imaging of Earth's auroral zones and atmosphere. His research interests were directed toward magnetospheric plasmas in the vicinity of Earth, wave-plasma instabilities, active experiments in the ionosphere, interpretation of auroral images in terms of global convection and current systems, the Jovian magnetosphere and its relationship with the Galilean satellites, computed tomography, geocoronal hydrogen, comets, and optics. He served on various NASA and NAS/NRC committees and as a Fellow of the American Physical Society, a member of the American Astronomical Society, American Association for the Advancement of Science and the International Academy of Astronautics. He was a Fellow of the American Geophysical Union and a recipient of the National Space Act Award.
His family includes his two daughters, Jessica Frank of Iowa City and Suzanne Frankof Waterloo; brother, Clyde Frank of Virginia; sister, Emilou Woods of Colorado, and grandson Taylor Bergstrom of New York.

Posted by Loren Coleman at 5:38 PM