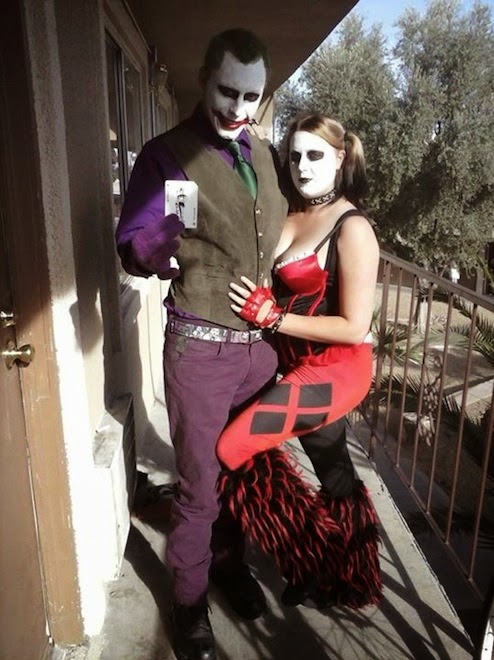 The shooters in Nevada have been revealed to have multiple lines of links to a variety of bizarre associations. Meet the Millers.

They talked about being Bundy Ranch supporters, rightwingers, cop haters, and being Joker copycats. As it turns out, they were confused in their political outbursts, but there was no history of racial hatred, only anti-government, anti-authority feelings.

There is a lifestyle where they lived in a fantasy world where Joker and other characters from the graphic novels and comics came alive, so to speak.

Note the purple outfit and card being held by Jerad Miller. 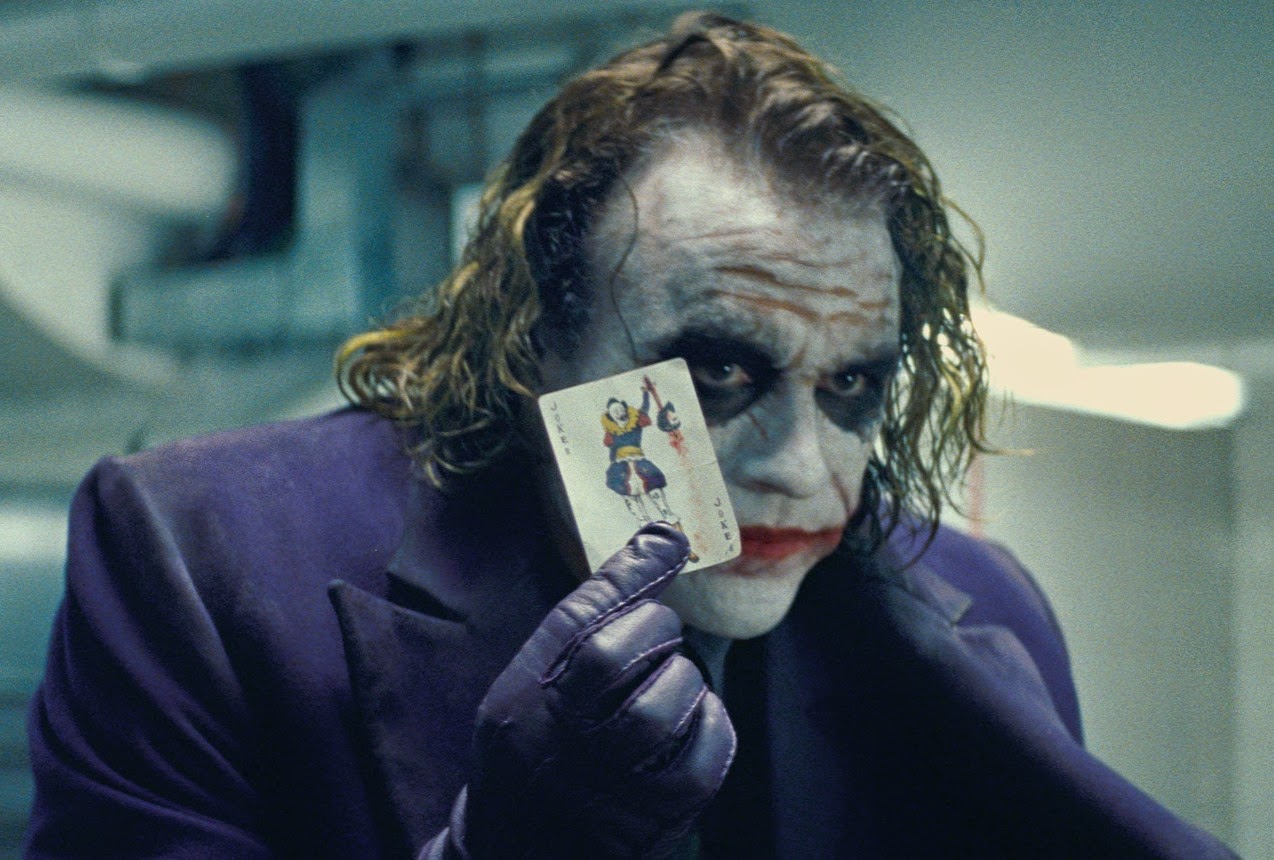 Heath Ledger as the Joker in The Dark Knight holds up the Joker card.

The photo at top allegedly shows Jerad and Amanda Miller, the suspected Las Vegas shooters who killed three people at a Las Vegas Wal-Mart and a Cici’s Pizza. 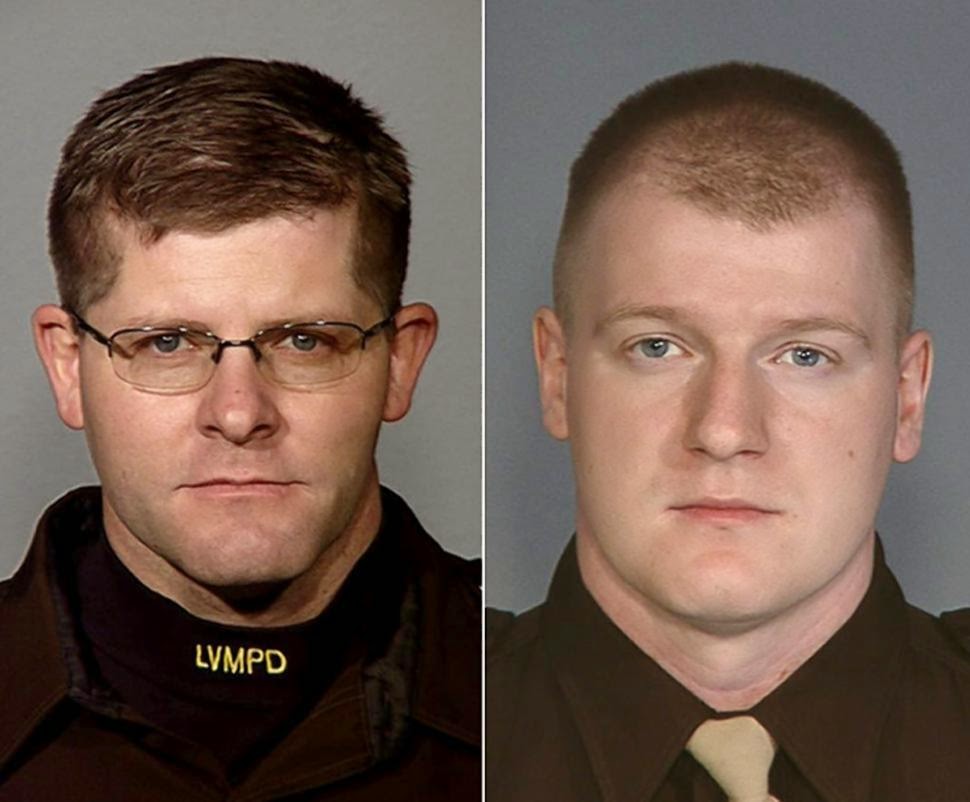 Jerad is an English name, the meaning being "rules by the spear."

Miller means "a person who owns or works in a grain mill." 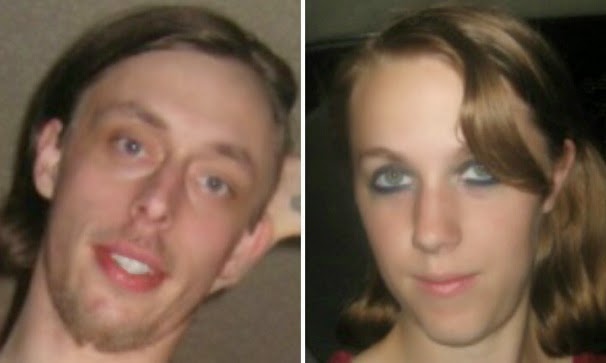 Meanwhile, other photos of the alleged killers, Jerad and Amanda Miller, have surfaced. 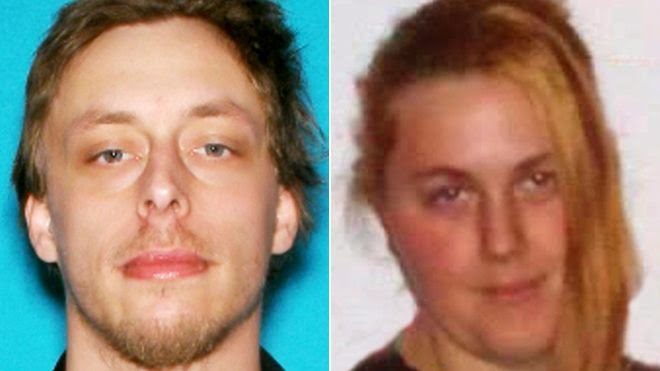 Photo at top first discovered by Lisa Wines, via Facebook.
H/T to SMiles and others.
Posted by Loren Coleman at 12:49 PM

Jerad Miller, 31, and Amanda Miller, 22, the husband-and-wife duo who gunned down two Las Vegas police officers and a civilian Sunday before killing themselves, previously lived in Lafayette and were often heard spouting racist, anti-government views, according to neighbors.

Jerad Miller also had a long record of arrests and convictions for drug offenses, and he left a trail of Facebook and YouTube postings spouting conspiracy theories, touting guns, condemning the government and deriding a Lafayette landlord who evicted him.

The story is accompanied by a crazy-eyed jailhouse picture of Jerad Miller that seems very similar around the eyes and mouth to the well-known photo of his fellow Alex Jones fan, Jared Loughner. (Do we have a Jerad/Jared thing going on?)

Note that Jerad in Hebrew JRD, means the fallen one, the descended, &c.
Also note that he strongly resembles the notorious child-eater Albert Fish.
Compare the photos in Amanda Miller's album to the mugshot of Albert Fish on Wikipedia. Possibly a reincarnation?