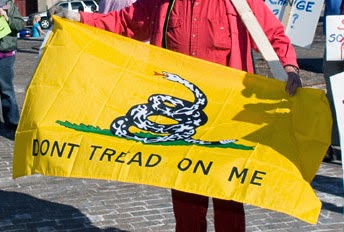 A Gadsden (Don't Tread On Me) flag was draped over the bodies of the police officers by the killers. 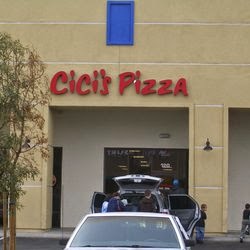 There's been another mass shooting involving law enforcement officers. Two Las Vegas police officers were killed on Sunday, June 8, 2014, in an ambush attack at CiCi’s Pizza at 309 N. Nellis Boulevard at about 11:20 a.m. The gunplay moved to a nearby Walmart store, where a non-policeman was killed, then the two shooters took their own lives.

The Las Vegas Metropolitan Police Department reported the officer and another were shot and killed by a man and a woman who approached them as they ate lunch at the pizza parlor. One officer was reportedly dead at the scene, while the other died later in surgery.

Sheriff Doug Gillespie identified the two officers as Alyn Beck, 42, and Igor Soldo, 32. He said one of the officers was able to fire back at the suspects before dying.

One of the officers was draped with a Gadsden flag, a yellow banner with a coiled snake above the words, “Don’t tread on Me.” The flag is named for Christopher Gadsden a Revolutionary War general who designed it. It has recently come back in vogue as an adopted symbol of the American tea party movement.

Witnesses told police one of the couple yelled “This is the start of a revolution,” before shooting the officers. The shooters then stripped the officers of their weapons and ammunition and went into the Walmart at 201 North Nellis. 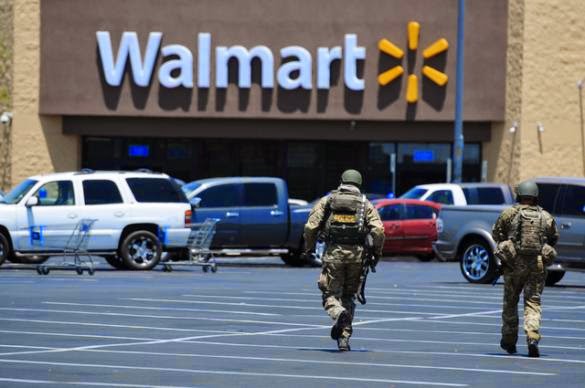 The two exchanged gunfire with a civilian who was carrying a concealed weapon, and one of the shooters was injured. Police confirm that at least one civilian at the Walmart was shot and killed.
At a news conference at about 1 p.m. Assistant Sheriff Kevin McMahill said the male shooter, described as a tall white man, yelled “everyone get out” before shooting.
The man and woman then went to the back of the store and “there was some kind of suicide pact,” McMahill said.
Both shooters were reportedly carrying large duffle bags, and a bomb squad was called to the scene. It’s unclear at this time what, if anything, was found in the bags. A fire department official said the bomb squad response was “a precaution.”
Metro asked for any available off-duty officers to work Sunday afternoon. Patrol squads were doubling up so each officer would have a partner, sources said.
Several lanes of traffic near Nellis and Stewart Avenue are closed. Nevada Highway Patrol is also on scene. 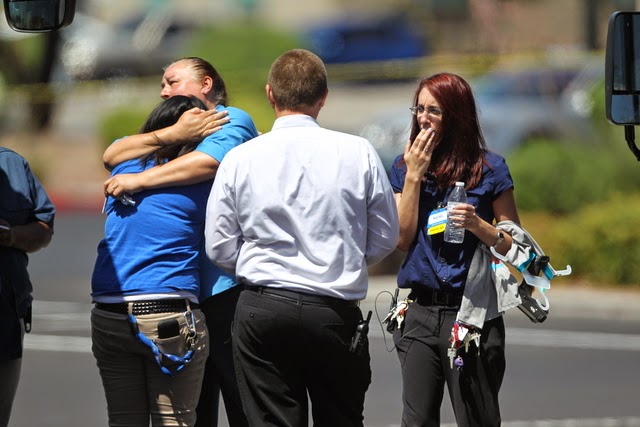 By Monday, partial details had emerged about the identities ("Jared" and "Amanda") and the backgrounds of the two killers.


The shooters were a married couple thought to be in their late 20s who were new to the Las Vegas Valley, according to a law enforcement official close to the investigation. Police are looking into their links to the white supremacy movement and found swastika symbols during their initial investigation.
Residents of the Bruce Street apartment complex gathered outside the building to talk about the couple whose unit was being searched.
Several neighbors identified the man as Jared, while one called the woman Amanda.
Like many of the neighbors contacted, Krista Koch said she didn’t know the couple’s last names. She described them as “militant.” They talked about planning to kill police officers, “going underground” and not coming out until the time was right to kill.
Brandon Monroe, 22, has lived in the complex for about two weeks. He said the man who lived in the apartment that was being searched often rambled about conspiracy theories. He often wore camouflage or dressed as Peter Pan to work as a Fremont Street Experience street performer. A woman lived with him, Monroe said, but he didn’t see her as often.
They were weird people, Monroe said, adding that he thought the couple used methamphetamine.
“The man told Monroe he had been kicked off Cliven Bundy’s ranch 80 miles northeast of Las Vegas while people from throughout the U.S. gathered there in protest of a Bureau of Land Management roundup of Bundy’s cattle.” Jessica Anderson, 27, said. She lived next door. Source,

The shooters ransacked the dying cops' bodies for ammunition and weapons before covering them with the famous 'Don't Tread On Me' flag from the American Revolutionary war. Source.

Jared "had been kicked off Cliven Bundy’s ranch...."

I have previously noted here at Twilight Language the Cliven Bundy Ranch situation.

"He often...dressed as Peter Pan to work as a Fremont Street Experience street performer."

I have discussed how Peter Pan crops up too: here, here, and here.

Was there some significance to the date of June 8th?

European researcher Theo Paijmans points out that the date is tied to the successful Confederate victory of Cross Keys.

At the Battle of Cross Keys, Virginia, Confederate General Thomas J. "Stonewall" Jackson's notched another victory during the campaign in the Shenandoah Valley. Sent to the valley to relieve pressure on the rest of the Army of Northern Virginia, which had been pinned on the James Peninsula by Union General George McClellan's Army of the Potomac, Jackson's force staged one of the most stunning and brilliant campaigns of the war....
Jackson led the Yankees on a chase south through the valley, beating the Union forces to Port Republic, the site of a crucial bridge where the Federals could have united to defeat Jackson. He kept the bulk of his force at Port Republic and sent General Richard C. Ewell and 5,000 troops to nearby Cross Keys. On June 8, Freemont's troops advanced on Ewell's and launched a halfhearted attack that failed to disrupt the Confederate lines. Fremont engaged only 5 of his 24 regiments, followed by a mild artillery bombardment. Casualties were relatively light, with Ewell losing 288 men to Fremont's 684. Source.

The Battle of Cross Keys was fought on June 8, 1862, in Rockingham County, Virginia, as part of Confederate Army Maj. Gen. Thomas J. "Stonewall" Jackson's campaign through theShenandoah Valley during the American Civil War. Together, the battles of Cross Keys and Port Republic the following day were the decisive victories in Jackson's Valley Campaign, forcing the Union armies to retreat and leaving Jackson free to reinforce Gen. Robert E. Lee for the Seven Days Battles outside Richmond, Virginia. Source.

It is also worthy of mentioning that on June 8, 1789, James Madison introduced twelve proposed amendments to the United States Constitution in the House of Representatives, which by 1791, after ten of them were ratified by state legislatures, they would be what we call today the Bill of Rights.


Reports are coming out that a Manifesto has been discovered by Las Vegas police. 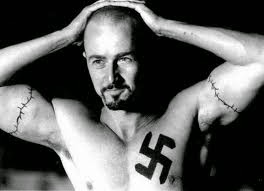 Police are looking into Jared's and Amanda's links to the white supremacy movement and found swastika symbols during their initial investigation.

In hindsight, the paramilitary attacks by Justin Bourque in New Brunswick (leaving 3 RCMP dead) last week and the assault on the Georgia courthouse (leaving a police officer wounded) by Dennis Marx both appear to have had right-wing, conspiracy-laden threads to them.

(Thanks for extra info from Theo and SMiles.)
Posted by Loren Coleman at 7:49 PM

Sisi sworn in as president of Egypt today.

They were also Columbine wannabes. From the Las Vegas Sun:

The duo also told people they planned to commit a mass shooting, said Brandon Moore, a resident of the complex.

"They were handing out white-power propaganda and were talking about doing the next Columbine," Moore said.

The Seattle Pacific shooter has also been described as "obsessed with Columbine."

There's a pic going around said to be of him & her & he's dressed like the Joker & she is dressed similarly (white face paint).

The Fayette Factor has cropped up again. The Millers previously lived in Lafayette, Indiana.