9/11 School Shooter Escapee Had A Pitchfork! 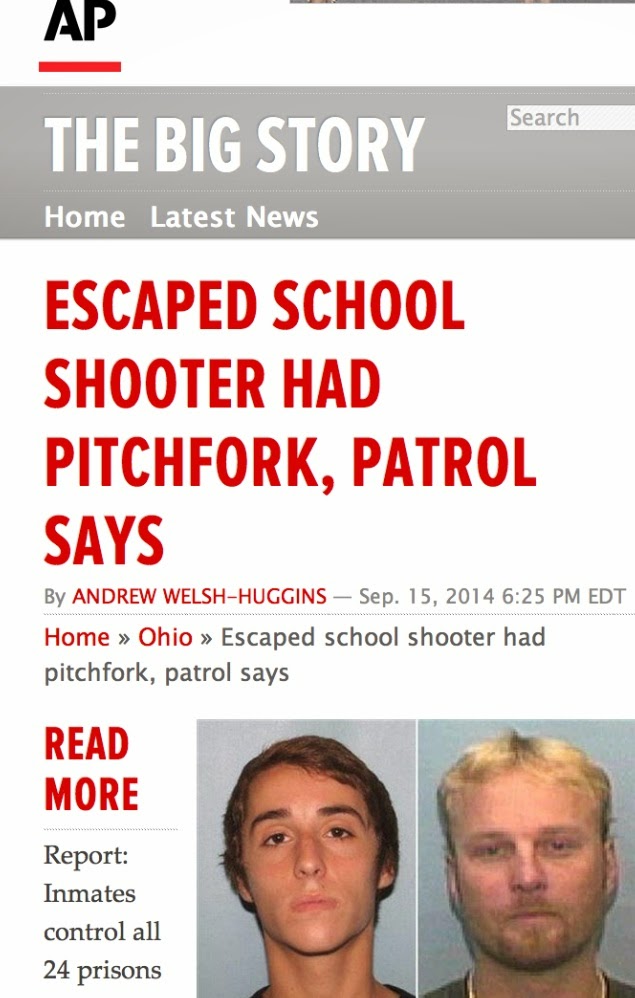 Synchronicity, synchromysticism, and the twilight language can be downright spooky.

Needless to say, for several weeks I've been writing about all the tridents appearing in various stories.

After specifically defining the trident versus the pitchfork, I noted, "The 'pitchfork' of Satan looks remarkably like a trident. One has merged with the other."

Then on September 11, 2014, I shared the details of the breaking news that "David Icke-Inspired School Shooter T. J. Lane Escapes From Prison on 9/11."

It turned out that Lane was caught six hours after escaping, but for awhile, it was a rather dramatic 9/11 story.

The next morning, September 12, 2014, I overviewed the 9/11 incidents, including Lane's capture and the fact that "Pokémon Invades White House Lawn." 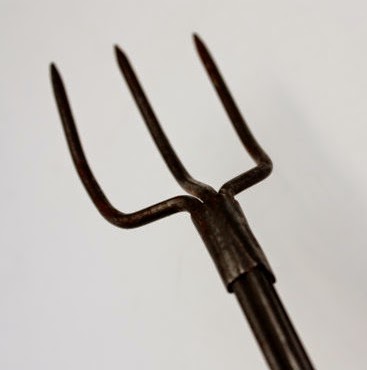 As one comment maker, Cory Panshin, nicely put it: "Color me officially freaked."

Talk about a "coincidence" that feels far from one! You can't make this stuff up.

AP reporter Andrew Welsh-Huggins wrote: "The school shooter who briefly escaped from an Ohio prison last week had a pitchfork when he was captured, the state patrol said Monday as newly released records added to the picture of an inmate frequently in trouble behind bars. T.J. Lane, convicted of killing three students at Chardon High School in the Cleveland area in 2012, did not threaten officers with the pitchfork, and it isn't known where he got it from, said patrol Lt. Craig Cvetan." Source.

And there is more:

"On Friday, the morning after the escape and while back in custody, he was found with excess property in his cell, including clothes, 15 books and Pokemon video game cards, according to prison records provided to The Associated Press through an open records request. Prison officials confiscated the items. The book titles weren't available." Source.

Pitchfork. Pokémon video game cards. I wonder what the titles of those 15 books are?

What madness is this? 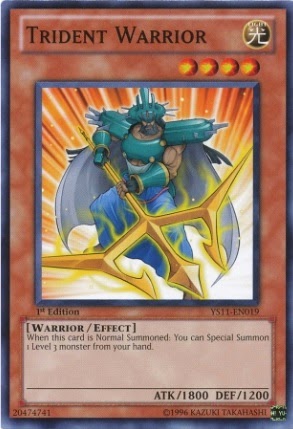 Posted by Loren Coleman at 9:25 PM

today is 931 d from Chardon shooting

Isn't that bezarr? Also, equally strange is The new Miss America and her talent performance with her 'happy' red cup. When I saw that ,I immediately thought , again, about the water bearer Aquarius, which I've mentioned before on this blog. I believe the recent Ice Bucket ( cup ) challenge is a memes collectively being introduced ( along with all the trident memes ) as a ritualistic torch being passed from the Age of Pisces to the Age of Aquarius.