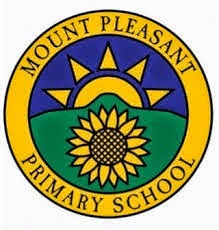 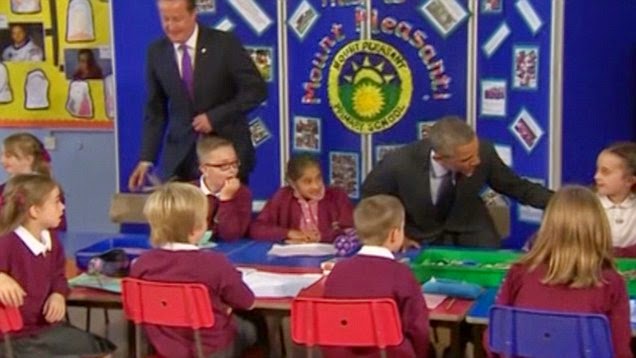 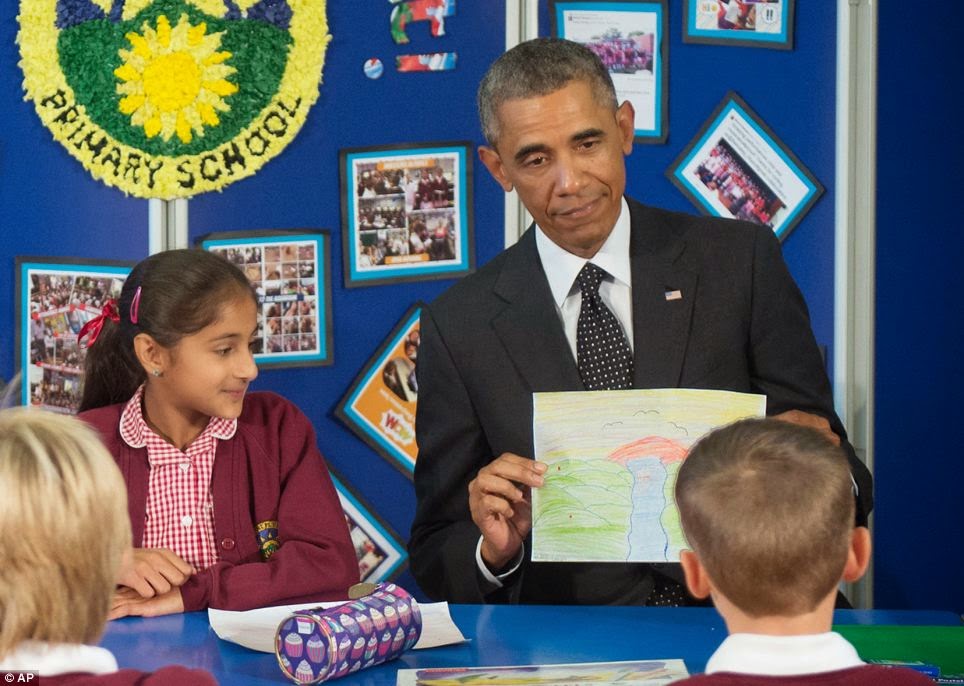 On September 4, 2014, US President Barack Obama and UK Prime Minister David Cameron visited the Mount Pleasant Primary School (rising sun logo above), and as the Newspaceman pointed out, "were photographed with the adorable schoolchildren in front of a Welsh dragon flag."

The dragon flag was actually seen often along Obama's motorcade route through the area. 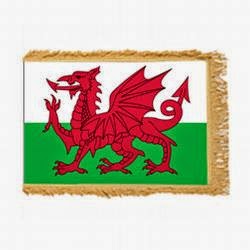 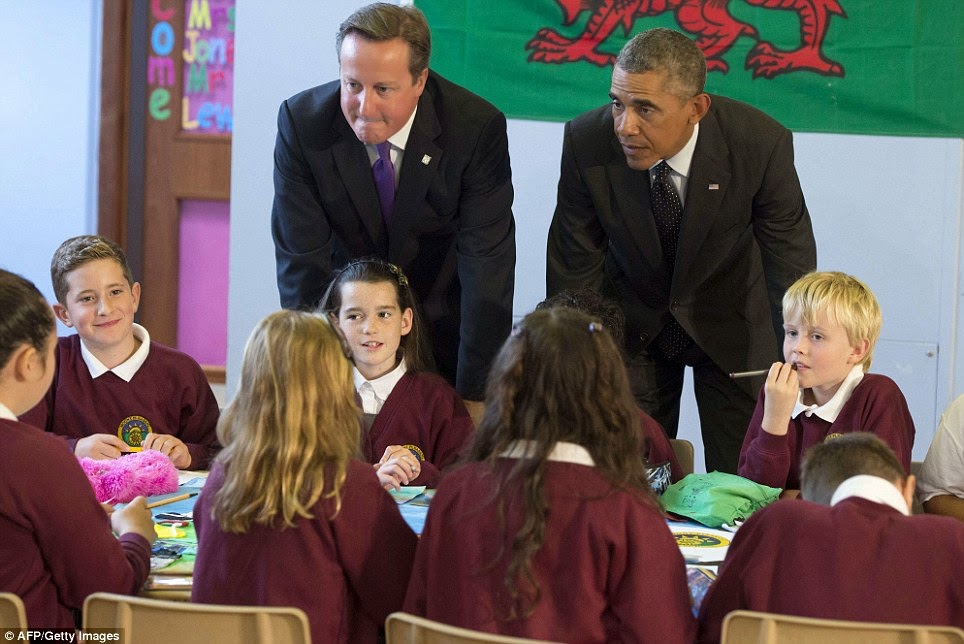 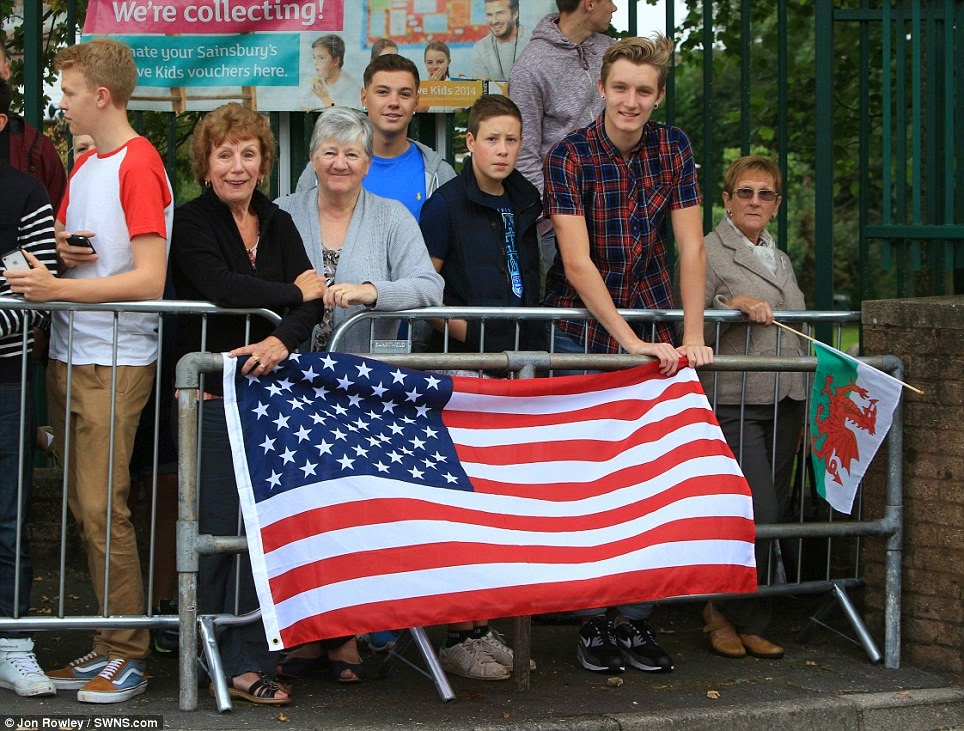 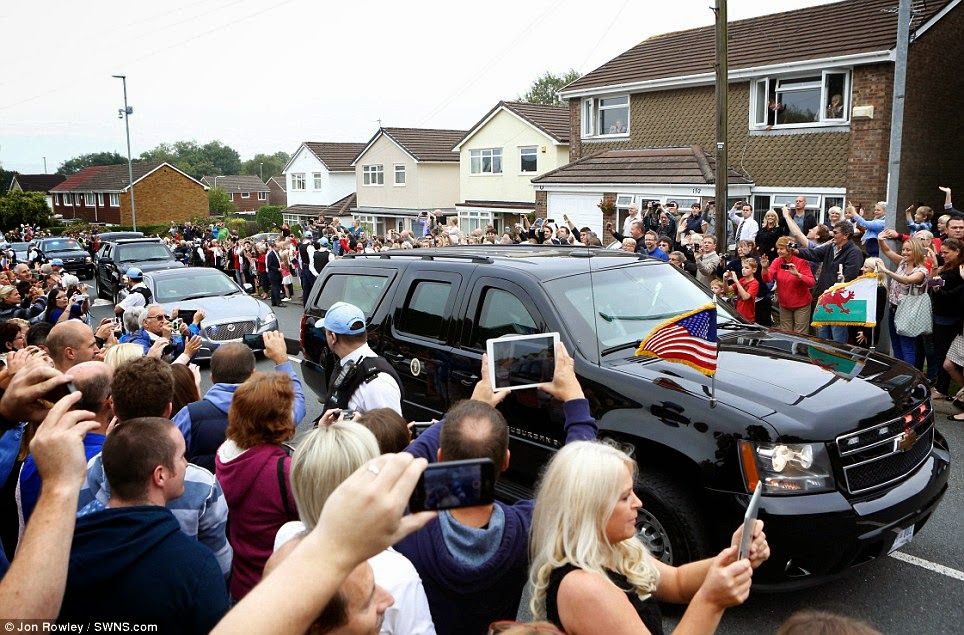 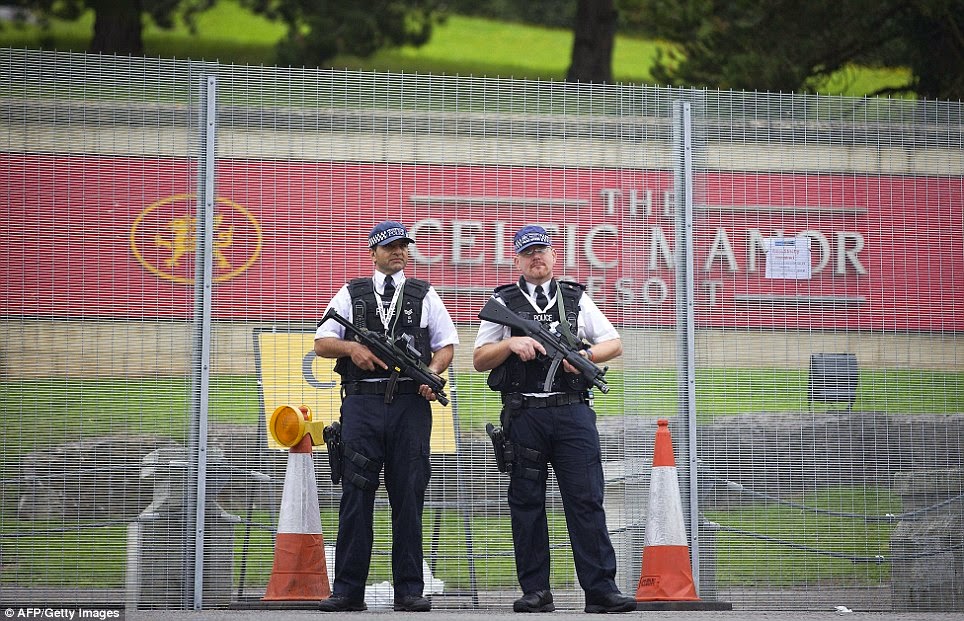 The Welsh dragon logo is seen on the Celtic Manor Resort signage, as well. 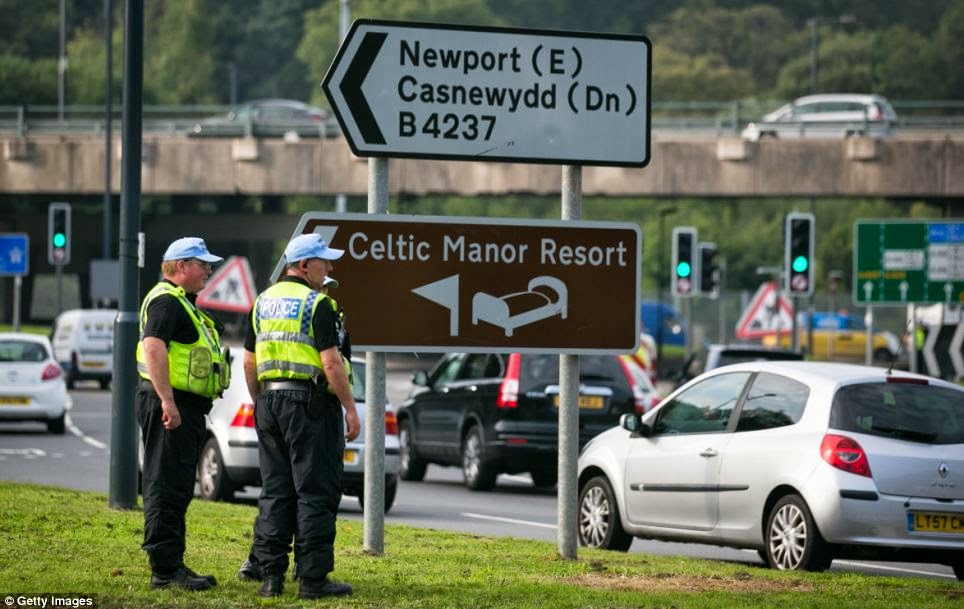 The flying horse (Pegasus?) logo of Newport was apparent, as well. "Pleasant" comes up often in locations such as Point Pleasant, West Virginia, and New Jersey, and at Mount Pleasant, New York, per John A. Keel's works. 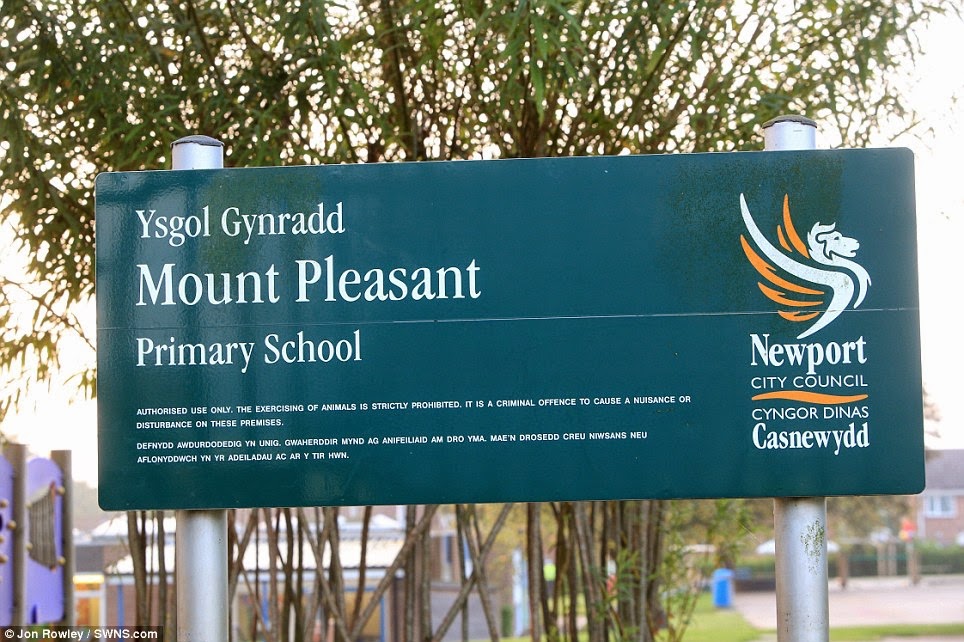 PJ sends along these insights:

I found Obama's visit to Stonehenge so particularly strange and synchromystic in many ways. These sorts of photo ops are so intricately staged as you know.
The article states the President flew out of Newport in Wales. It also states that this Raffle family lives a mile from Stonehenge but on Mrs. [Janice] Raffle's blog page, it mentions she is from Southsea in Portsmouth. Newport News and Portsmouth are cities in Virginia and also military towns like those in UK.
This is a very curious pic of her with her Queen Bee outfit on standing next to a child's wooden train set which looks as though it was set up to appear as an accident scene with cars, train cars and even an airplane. (See her website here.)
The photos in the Daily Mail story show two sets of clothing for both Mrs. Raffle and the boys including her wearing her "Queen Bee" shirt connected with her charity belies that this was any sort of spontaneous photo op. These people would have been vetted completely before any sort of "tete a tete" with the President (I found the use of that phrase very strange and not what ordinary people would use to describe a spontaneous meeting).
The carefully constructed photos of Obama in front of the three stones similar to the trident symbol - many, many triune-type images these days along with the Virginia links are very disturbing. 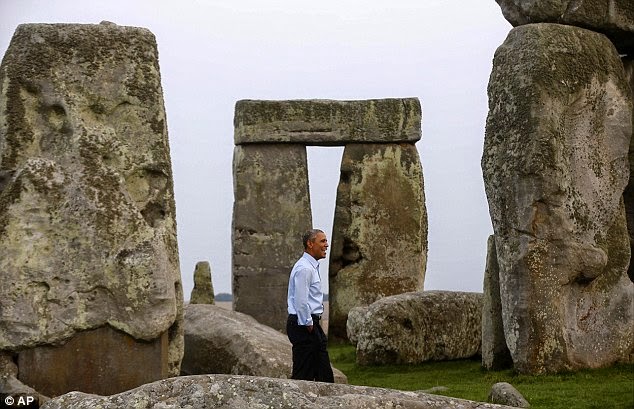 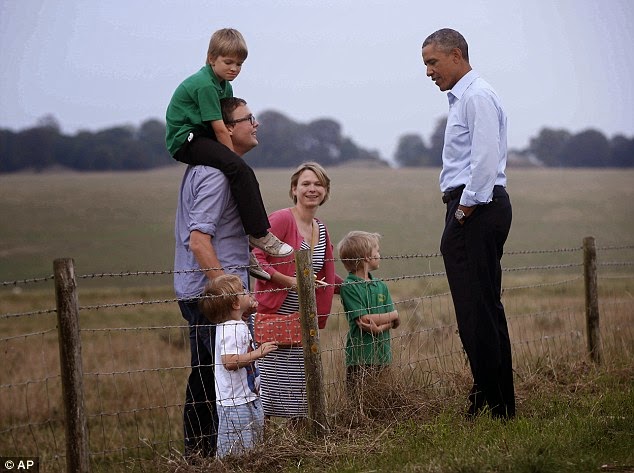 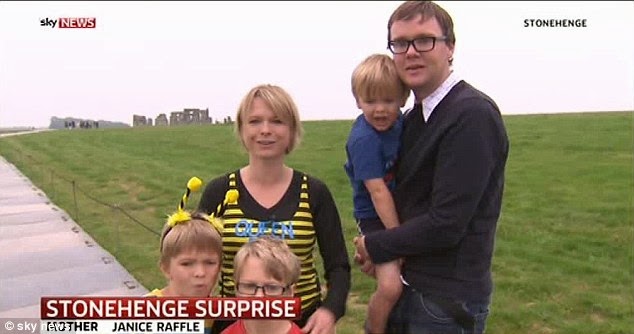 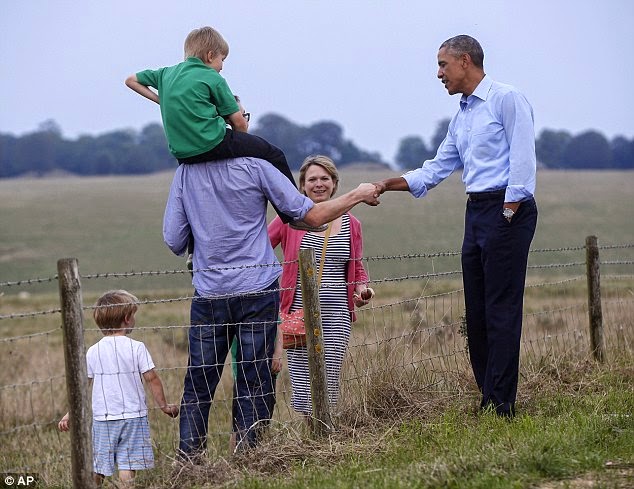 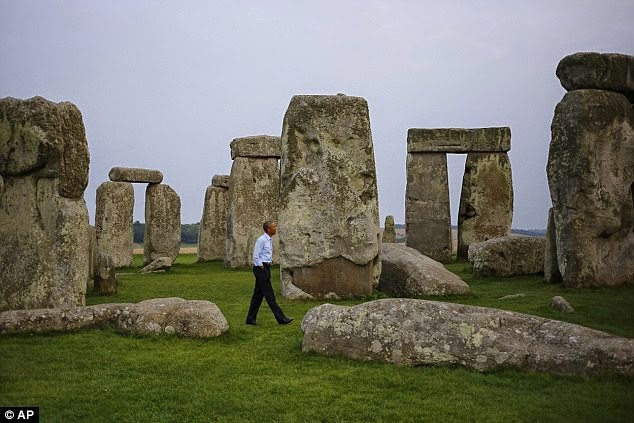 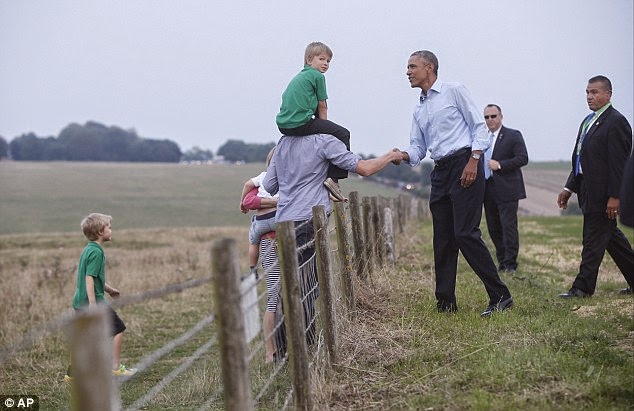 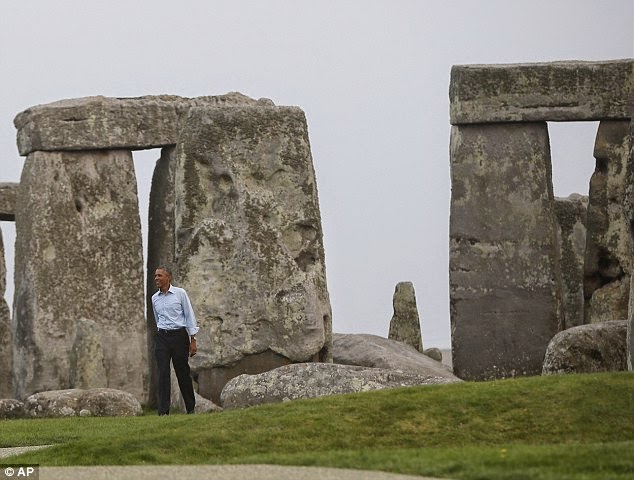 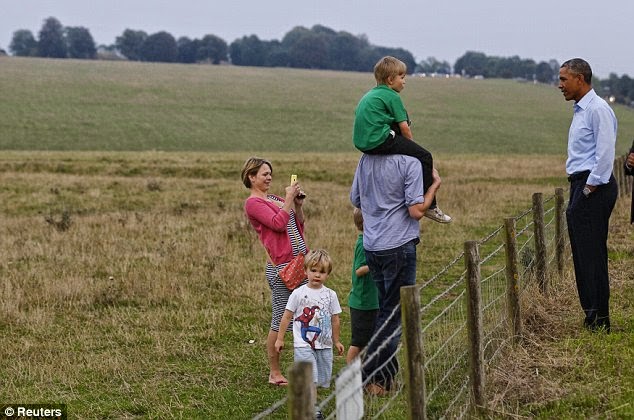 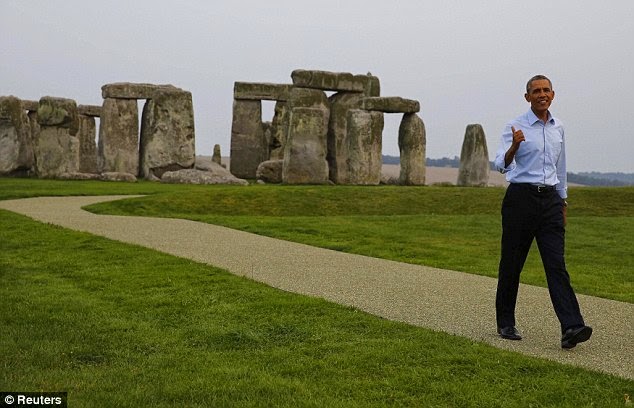 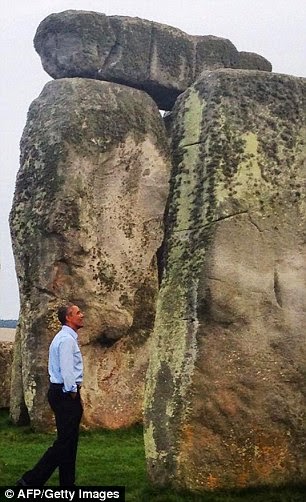 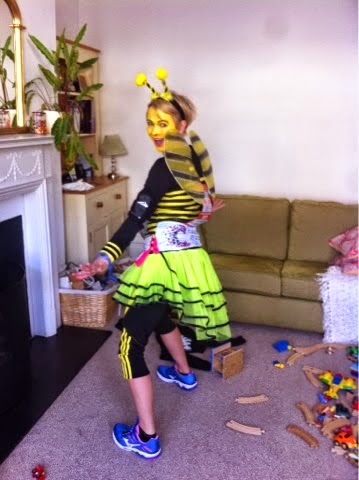 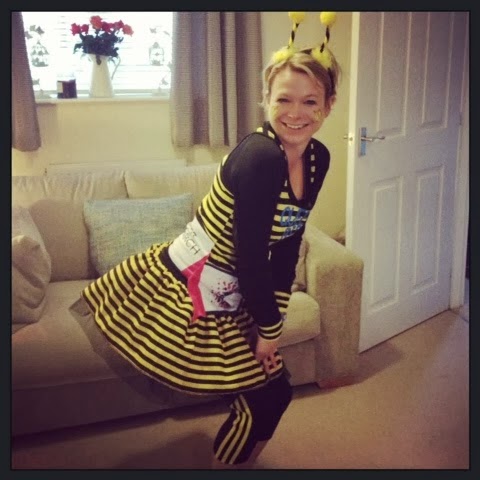 Finally, a conservative wag or was it a rightwing humorist, left this tweet about the event:

Posted by Loren Coleman at 3:05 PM

There is a legend that Stonehenge was built by Merlin, who was also a prince of Wales.

And this morning, while reading The New York Times, there was a rather lengthy article on Stonehenge inside. And just last night, that Ancient Aliens show discussed the power of three and Stonehenge (Pythagoras) and geopolitical echoes of the "Big 3" (Churchill, Stalin, FDR) with all that is swirling in the news this month.

Another head injury - and at Stonehenge, no less.

The entire Stonehenge visit was orchestrated, as you well know.

The mystery behind the visit evaporates when one realizes where Stonehenge is located; on the 188 ley line. "Satan's Axis."