The Copycat Effect Is Real, Notes The FBI

"The copycat phenomenon is real," said Andre Simons of the FBI's Behavioral Analysis Unit in 2014. "As more and more notable and tragic events occur, we think we're seeing more compromised, marginalized individuals who are seeking inspiration from those past attacks." ~ "FBI report: Dramatic increase in U.S. mass shootings in recent years," Haaretz, 25 September 2014.

When I wrote, and then Faber and Faber published my book, Suicide Clusters, in the late 1980s, few acknowledged that "suicide clusters" even existed. I brought to bear historical evidence that they did occur. I pointed to pages of data, beginning with the fact that the first documented suicide cluster, a wave of self-hangings by young maidens, occurred during the fourth century B.C., in the ancient Greek city of Miletus. I took scientific papers detailing studies from the 1970s that showed the Werther Effect (a term coined by American sociologist Dave Phillips in 1974) resulted in future events. But few read my book. It was not time for those interested in doing something about these incidents to be heard. 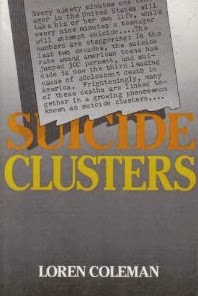 So, I tried again. On a sporting front, I gave a paper at a suicidology conference (22nd Annual Conference of the American Association of Suicidology, San Diego, California, April 14, 1989). I wrote to MLB Commissioner Peter Ueberroth, warning of a coming series of baseball suicides.

When it happened, I was not surprised. Sports reporters at newspapers (like Ira Berkow at the New York Times) called me after Donnie Moore's suicide. 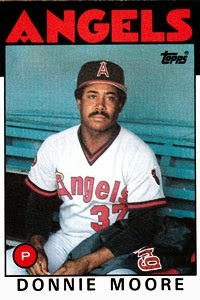 I summarized my research for a professor who asked me to include a discussion of the matter in his sociology of American baseball. 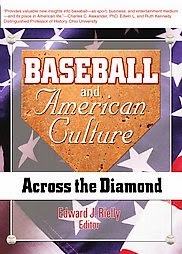 But little changed globally, in terms of copycat awareness or prevention. (I was glad to learn, nevertheless, that the MLB players' Baseball Assistance Team, actively instituted more suicide prevention counseling in 1989. Sometimes prevention victories are little ones.)

A pattern underlies many of the events we hear about in the news every day. ... The pattern is called the "copycat effect." It is also known as "imitation" or the "contagion effect." And what it deals with is the power of the mass communication and culture to create an epidemic of similar behaviors. ~ Loren Coleman, The Copycat Effect, 2004.

In 1987, when Simon and Schuster published my Suicide Clusters, few considered that the clustering occurred. In 2004, I challenged myself and the media when The Copycat Effect was released. But only one newspaper in North America reviewed it. The Boston Globe ran a biting, skeptical critique. The media wanted my book to be ignored or even worse, just go away.

Dr. Steven Stack, a sociologist at the Center for Suicide Research, agreed in 2003, to write a cover blurb. He summarized what was happening, perfectly: "The media are still largely in a state of denial on how their coverage of death contributes to the violence and destructiveness in our society -- but Coleman's book should wake them up!"

Perhaps it did, a little, but the journey to the recognition of the reality of the "copycat effect" has been a long time coming. And more work needs to occur. 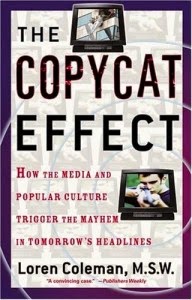 The Copycat Effect: How the Media and Popular Culture Trigger the Mayhem in Tomorrow's Headline. New York: Paraview Pocket-Simon and Schuster, 2004.

Still, I see inroads in the thinking beginning to change. The statement from the FBI's Andre Simons was encouraging to read. Yes, indeed, "The copycat phenomenon is real," Agent Simons. Past events are predictive of future acts of violence, in the current media climate.

The validity of the copycat effect is undeniable. ... The media’s graphic coverage of rampage shootings, celebrity suicides, bridge jumpers, school shootings, and the like is triggering vulnerable and angry people to take their own lives and that of others. ~ Loren Coleman, The Copycat Effect, 2004.