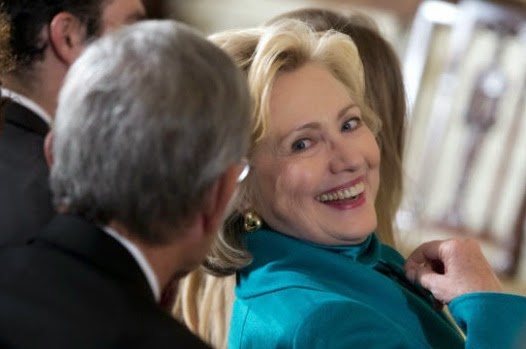 Unfortunately, ISIS/ISIL has carried out another beheading. This will be the third in a short amount of time (see here). British hostage David Cawthorne Haines was allegedly beheaded on September 13th or 14th (Iraqi time), 2014.

Strange though, looking at these two photographs of the pre-beheading, it appears that Mr. Haines has exactly the same expression in the picture. Were they doctored? Or are they quick screen captures in which Mr. Haines did not move an millimeter? (There is a slight difference in the shadowing on the orange gown, apparently.) Are the hostages drugged, as some theorize? Why no facial reactions to their coming fate? It is weird. 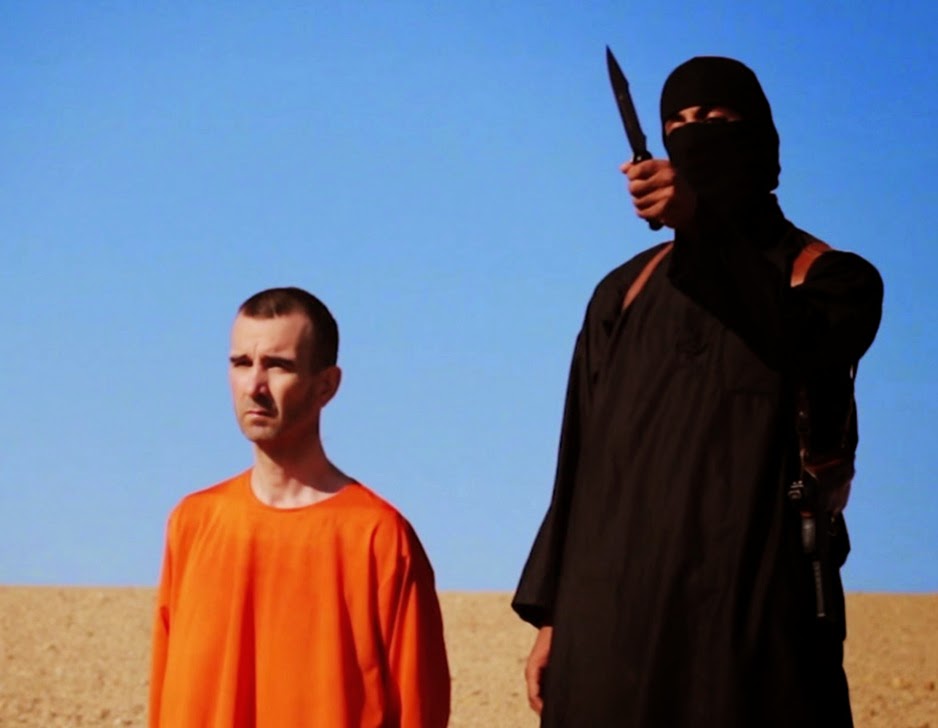 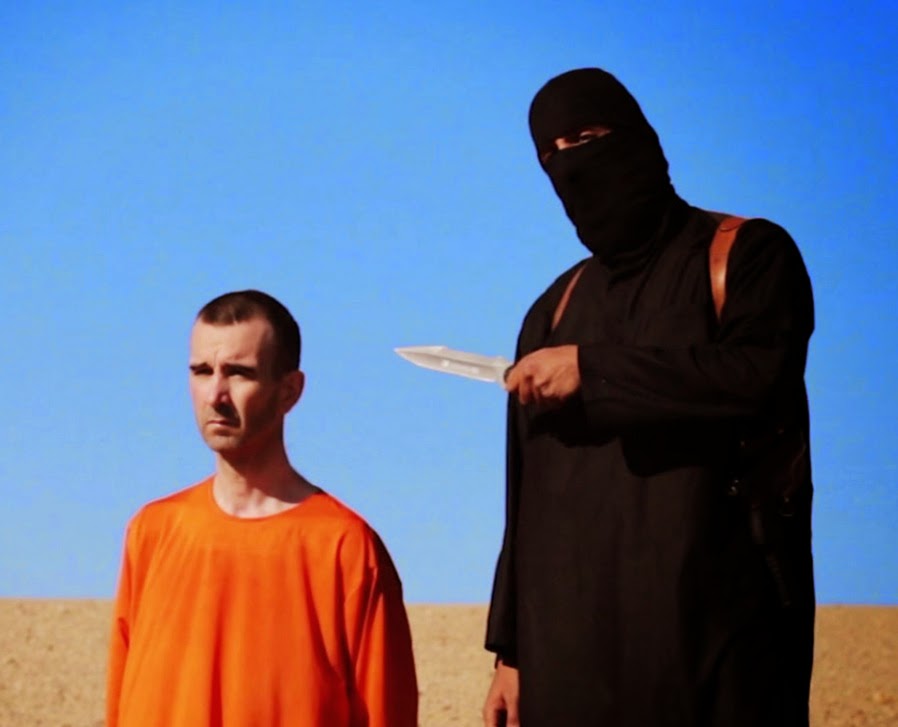 The name Haines has two similar meanings, depending on origin:

David Haines' middle name is Cawthorne. Cawthorne is a long-established surname is of Anglo-Saxon origin, and is a locational name either from Cawthorn, a parish north west of Pickering in the north riding of Yorkshire where traces of Roman camps remain, or from the parish and village of Cawthorne near Barnsley in the West Riding of Yorkshire. Both places were recorded as "Caltorn" in the Domesday Book of 1086, and as "Calthorn" in Yorkshire Charters, dated 1125 to 1176. They are believed to be so-called from the Olde English pre-7th Century "cald," (= cold), with reference to the "bare, exposed position of the places," plus "thorn," "thorn-bush," thus, "the bare place of the thorn-bushes." Source.

We don't know how many hanging deaths have occurred in the wake of Robin Williams' suicide. What we do know is that calls to suicide prevention hotlines are at an all-time high after the Williams' self-death, and it follows that probable suicide attempts are up. It may be months before we know if the rate of suicide after Williams' suicide actually increased.

All we can do now is note how the media keeps posting hanging suicides.

Take 14-year-old Lizzie Lowe, who was found on Wednesday night, September 10, 2014. Lizzie, a pupil at Pars Wood High School in East Didsbury, UK was found hanged in Fletcher Moss Park in Didsbury, Manchester around 11.15pm, according to the British media. 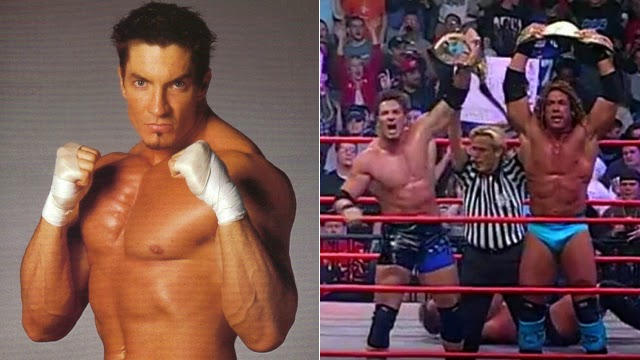 On the same day, September 10th, the American media announced that former professional wrestler Sean Haire, who went by the stage name of Sean O’Haire, had died at the age of 43 of what is being ruled a suicide. A suicide by hanging.

I wrote about Simon Battle already, but there have been others (see here).

We will continue to hear more about hanging suicides in the near future.

Okay, someone seems to be reading the synchromystic literature about Tridents - or me - and there is a new video that is intriguing. Not that I might consider any of the connections valid, but they are interesting and a great amount of work went into these links. The trident at Dealey Plaza is apparent, and this video is a good reminder of that.

What are we to make of this business about a "false flag" operation in Sioux City? I'm not sure about the false flag part, but maybe something is going to happen in Iowa today - something sinister? 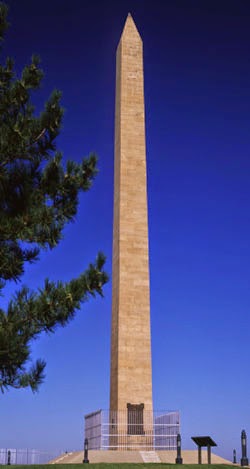 Ooops, what did I just read in the morning news?

Hillary Clinton will be at the 37th Harkin Steak Fry in Indianola, Iowa, today, September 14, 2014. Indianola is about 225 miles from Sioux City. I wonder if Clinton is flying in via Sioux City? (See here.)

Horrified, the UK will come together and demand a unified response against the ISIS butchers. One wonders how this weeks Scotland vote will turn out?

The United States' first National Historic Landmark, the Sergeant Floyd Monument, is an obelisk in Sioux City honoring the death of Charles Floyd, the only casualty of the Lewis and Clark Expedition. The expedition was just mentioned in the previous Twilight Language blog post about the Pike County shootings. (Pike County, Pennsylvania was named after Zebulon Montgomery Pike Jr. (January 5, 1778 – April 27, 1813), an American soldier, explorer, and Freemason, whose Pike expedition, often compared to the Lewis and Clark Expedition, mapped much of the southern portion of the Louisiana Purchase. )

It is also worth noting that Neptune, IA is a half hour drive from Sioux City.

What makes Sean Haires suicide noteworthy is the last character he portrayed in the WWE. His last character was known as a "devil's advocate". He would cut in ring promos that "urged people to commit adultery, break the law, not pay taxes, and not go to church, among other things. He ended each vignette with the line "I'm not telling you anything you don't already know."

During his time working as this character he was involved in a motorcycle accident. As a result of this accident he received many stitches which kept him out of in ring action. This ultimately led to his release from the WWE and the dismise of his professional wrestling career.

Rapid Trident 2014 is a Chairman of the Joint Chiefs of Staff directed, EUCOM scheduled, USAREUR conducted, Ukrainian led Situational and Field Training Exercise held at the International Peace Keeping and Security Center (IPSC) in Yavoriv, Ukraine. The exercise will be conducted September 15-26, 2014.

Apparently the beheadings are fake.

The security guard jumping on the back of JFK's limo a Dealey went by the name of Clint Hill.