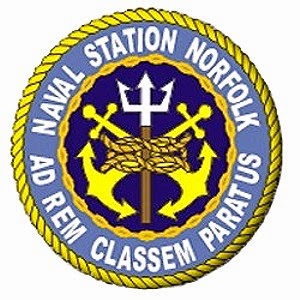 Are tridents leading us to another foreshadowing?

On August 20, 2014, I predicted an event would occur tied to all the appearances of tridents of late.

Entitled, "Trident Alert: Watch August 24," a date was identified and the link to tridents was made. 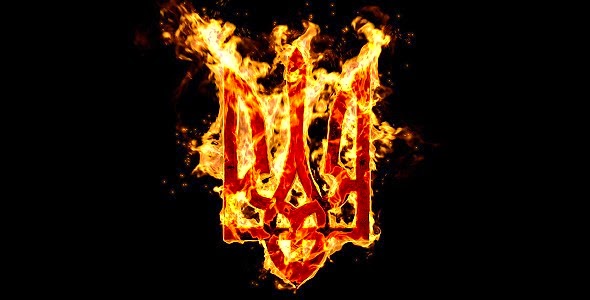 Poseidon, whose weapon of choice, is the trident, is the "God of the Sea," but also the "Earth-Shaker," the one who causes earthquakes.

August 24th dawned with earthquake news. Poseidon had thrust his Trident on August 24, after all.

BREAKING NEWS: Northern California has been rocked by a 6 earthquake!!!

Today's posting is to capture what the San Francisco Chronicle has written on this quake's epicenter (before these words disappear from their news site). It also feels if someone was reading my blog. 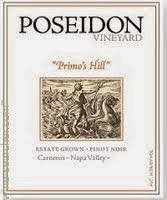 In Peter Fimrite's "Boats, grapes and Poseidon at Napa quake's epicenter," on Wednesday, August 27, 2014, in the San Francisco Chronicle, the paper shared, in part:


…The epicenter of what is being dubbed "the South Napa earthquake" was smack dab beneath the Napa Valley Marina, a somewhat nondescript boatyard, dry dock and launching spot surrounded by vineyards and farmland with a view of San Pablo Bay about a half-mile away over the wetlands.
…
The epicenter was found using coordinates provided by the U.S. Geological Survey. Geologists say it is common for the majority of damage to occur at least a concentric mile away from the rupture, which occurred Sunday when two tectonic plates - the North American and Pacific - moved horizontally past each other, causing the Earth's crust to crack where the pressure was the greatest.
Science aside, there is at least circumstantial evidence that the epicenter may have been chosen by a wrathful god, vineyard owner Arpad Molnar said. Molnar, the co-founder of Tricycle Wine Partners, owns Poseidon Vineyard, which was planted next to the marina by his father in 1973.
Molnar, who is also a sailor, questioned whether it was just coincidence that an earthquake would erupt beneath a vineyard named after the Greek god of the sea and often referred to as "the earth-shaker" because of the deity's role in causing quakes.
"The placement of the epicenter, which is literally right underneath the vineyard, is really, really uncanny," he said of the property, which, unlike the marina, sustained several 10- to 15-foot-long cracks.
Molnar, who once bottled a wine called "Shipwreck," said it would be nice if the earthquake actually improved the wine, but far be it for him to suggest such a thing.
"We don't want to make too much of it," he said, in deference to the many people who suffered from the quake. "But I think we'll probably end up doing a little special bottling for the 2014 vintage to commemorate it. ... We thought maybe we'd do a little epicenter wine."

+++
My own sightings of tridents continue.

The above is the first thing I saw on my August 28th Delta flight to Atlanta. Even a fork can be a trident. 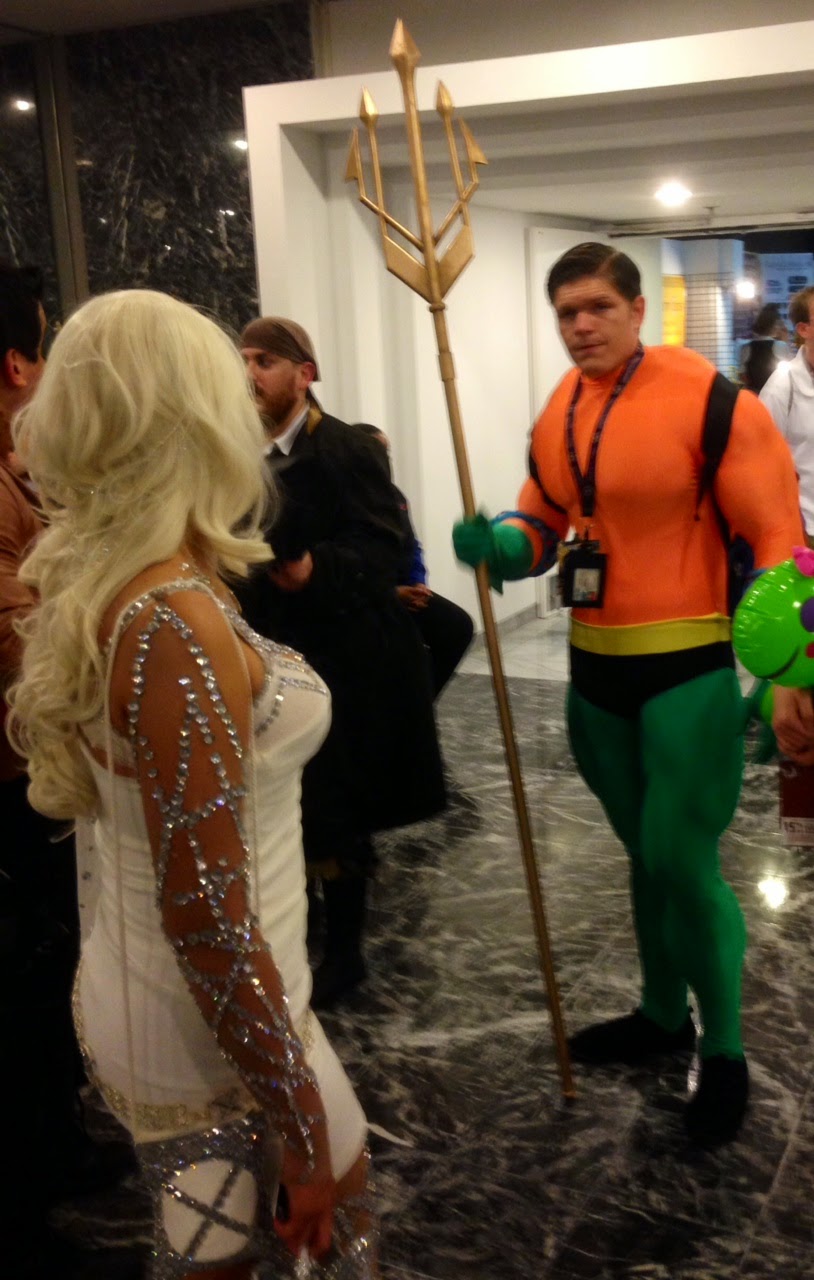 In Atlanta, speaking at DragonCon 2014, I kept bumping into people with Tridents. 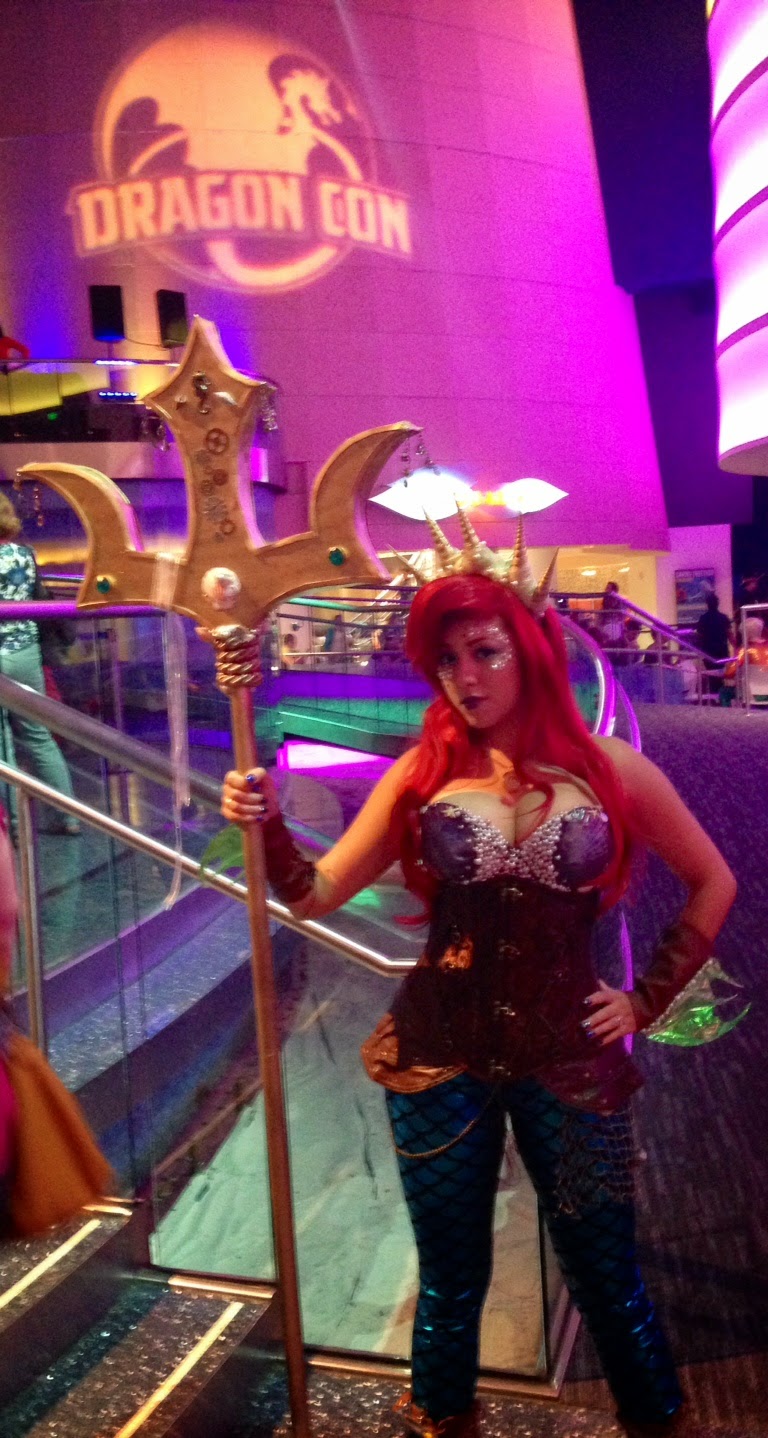 Various events made me look more closely at my own history. Where did this all start for me? Where was I born? 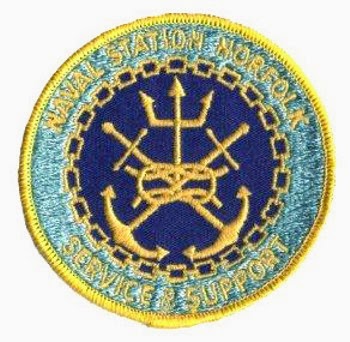 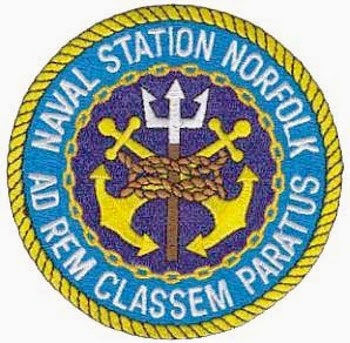 I examined the site of my birth, Norfolk, Virginia, to see how long ago this began, personally, for me. I wondered at "why" I would be noticing that fact now. Norfolk is where my father was stationed at the time, of course, in the U.S. Navy. While a few U.S. Naval Stations do employ tridents in their logos and insignias, it certainly is not true that they all do. See here. But Norfolk does, routinely.

CNN is broadcasting live, interviewing Chuck Hagel, Defense Secretary, on the ISIS/Ukraine crises, at 3:00 pm Eastern, September 3, 2014, from the Naval War College, Newport, Rhode Island. Their logo is above.


For more on tridents, see here. More on the "Meaning of Tridents," please read in-depth here.

BTW, be careful around September 9th-11th, folks.
Posted by Loren Coleman at 2:36 PM

Don't know if you've seen the movie Lucy or not, but it is a must see chock full of messages, especially about Saturn. What's also interesting is that Lucy is a Pisces. If you youtube the Lucy trailer, freeze the frame where her passport is shown and notice her birthdate of 3-10. I believe all the recent trident symbolism ( Neptune, ruler of Pisces ) is a memes for the passing of the torch from the Age of Pisces to Aquarius. The underling message of Lucy ( which Lucy is Latin for Lux, or light bringer ) is that she very much becomes the energy of Aquarius( one with technology.... note the blue blood?hmmmm ( Aquarius color is blue ). I don't want to give away the story line, so I won't say more. I also believe the recent ice bucket challenge is another memes for the water bearer of Aquarius.

US and NATO are going to do a "training excercise" in Ukraine end of this month.

How is it called?
Rapid Trident