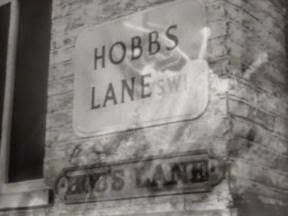 On Saturday, September 27, 2014, five bodies were discovered shortly before 8 p.m. by an older son checking on his family. He hadn't heard from them, and went to their duplex in Springville, Utah, to find his deceased parents and siblings.

The duplex where the family lived is located on a road leading to Springville High School in Springville, Utah, located about 45 miles south of Salt Lake City. Springville is a city of 30,000, just south of Provo.

The Springville High School's mascot name is "Red Devil," with the use of horns and pitchforks in various forms. 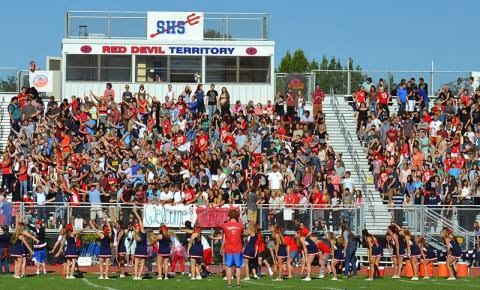 Is there an unconscious acknowledgement of the Devil in the origins of the local names?

What is today the city of Springville was originally incorporated in February 1853, as "Hobble Creek" by the early pioneers, allegedly because their horses were often hobbled (by loosely tying their front feet together) and left along the stream to graze in the lush grass. If the horses wandered into the creek, the hobbles came off in the water. Thus, the settlement earned its original name. After the change later to Springville, the original name was not completely lost, as the canyon stream (and associated canyons), a local elementary school, and city owned golf course have retained the name Hobble Creek.

But perhaps there is an alternative twilight meaning for "Hobble Creek."

In 2005, I wrote about the possible ritualistic killings in Zion, Illinois, under the headline, "Twilight Language in Zion?"

In that selection, I pointed out the deeper meaning to "Hobbs":

...Hobbs Lane has a long history of poltergeist, haunting and apparition activities. One keen young researcher discovers [in the retitled American Quatermass scifi film Five Million Years to Earth] an old street sign near the diggings, and she notes the spelling is “Hob’s Lane,” not “Hobbs Lane.” “Hob,” it turns out, is another name for “devil,” or the “Devil,” if you prefer.

Some words do not appear to be what they so calmly convey. “Hob,” for example, is an alteration of Robin or Robert, as in Robin Goodfellow, a rustic, a clown (lest we get too far from the phantom clowns). Goodfellow, sometimes called Puck, was/is a tricksy house sprite or elf in popular English fairy lore. And Puck is sometimes called hobgoblin. Even the descriptive verb “hobble” refers to the word’s origins, as the classic view of the Devil shows cloven hooves.
In the United States, consequently, Hobbs, New Mexico, and Hobbs, Indiana, have “devil’s names.” Although the local folks know a great deal about the strange things happening thereabouts, most probably do not know that the etymological origins of their towns’ names flash back to a demonic past.

Regarding last weekend's deaths, the first thoughts were of a murder-suicide, of late rather frequent in the news. But maybe something more mundane is occurring?

A preliminary autopsy has ruled out any violent assault in the deaths; there was no evidence of stabbing or gunshot wounds or other visible injuries to the five found dead Saturday, police investigators said.

Poison? The laboratory results of blood samples are not back.

Carbon monoxide poisoning? Testing found none in the house, but police found the front door of the house was open and the back door was cracked open before firefighters arrived. The gas could have ventilated before the test.

Since Springville was settled by members of the Church of the Latter Day Saints (LDS or Mormons), there is a rather good chance this is a LDS family. The names appear to be Mormon. As one site says, certain names...

Some names, like Zion, are definitely directly identified with LDS families. Within the Latter Day Saint movement, Zion (often pronounced [ˈzaɪ.ən] by adherents of Mormonism rather than [ˈzaɪ.ɑn], which may be more common elsewhere in the United States) is often used to connote a utopian association of the righteous. 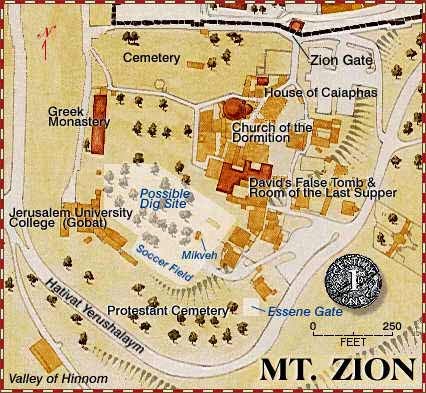 
1. Zion retains its Biblical meaning and refers to Jerusalem; Zion is the name of a physical city founded by the prophet Enoch, also known as the City of Enoch;
2. Zion refers to the New Jerusalem, a physical, Millennial city expected to be located in Independence, Jackson County, Missouri;
3. Zion metaphorically refers to any group of people that are unified and "pure in heart"; the City of Enoch is one example of "a Zion people", and the people described in Fourth Nephi is another; for Zion to be fully realized, the society must be willing to live the Law of Consecration based on mutual feelings of charity, which is the pure love of Christ;
3. Zion is the central physical location to which Latter Day Saints have gathered; the term has been applied to Kirtland, Ohio; Jackson County, Missouri; Nauvoo, Illinois; and the Salt Lake Valley;
4. Zion is also, according to Joseph Smith, the entire continent of America. Joseph Smith stated that “the whole of America is Zion itself from north to south”.
5. Zion is a metaphor for a unified society of Latter Day Saints, metaphorically gathered as members of the Church of Christ; in this sense any Stake of the church may be referred to as a "stake of Zion."


The name Strack comes from North German, from Middle Low German strak "stiff," hence a nickname for "an upright and highly principled person" or alternatively for "someone who was obstinate."

(H/T to Theo Paijmans for followup autopsy results.)
Posted by Loren Coleman at 11:08 AM

When I was in the Army the word strack was used to describe an individual with impeccable uniform and polished boots who displayed an idealized military bearing and knowledge of regulations. Goes right along with stiff as in the upper lip kind. The image elicited from my mind is the Sgt Maj that Sam Elliot played in the movie We Were Soldiers, Basil L Plumly, which brings to mind a plum line and it's purpose.