Iraqi TV: Satan with a Pitchfork, ISIS, and The Joker


What are we to make of this? 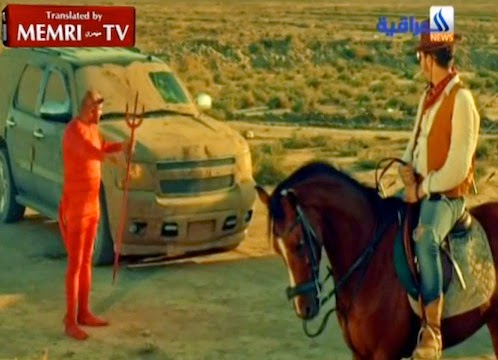 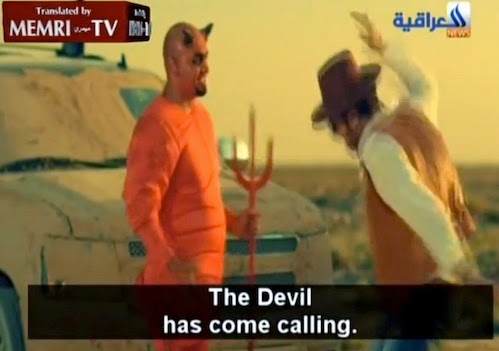 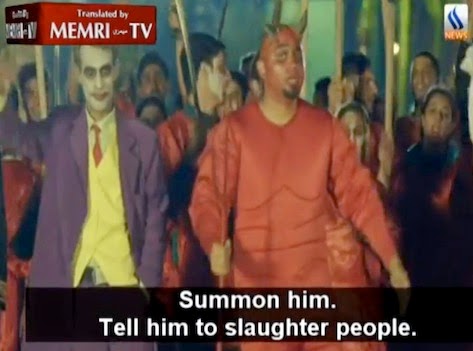 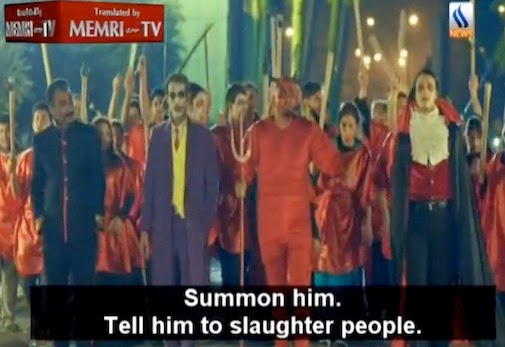 Al-Iraqiyya TV recently aired a promo announcing a soon-to-come anti-ISIS satirical series. The series, called "The Superstitious State" - a play on the words "khilafa" ("caliphate") and "khirafa" ("superstition") – features an assortment of colorful characters, including a red-clad devil with a pitchfork, whose union with a Jewess - wearing a large Star of David - begets an "ISIS-ling" in the form of Abu Bakr Al-Baghdadi, hatched from an egg. Other characters in the cast include Sheikha Mozah, wife of the former Emir of Qatar, a gun-toting, grog-swigging American cowboy, the Joker from Batman, Dracula, and a character presumably representing Stalin. The promo was broadcast on the Iraqi TV channel on September 9, and is being shown several times a day since. September 14, 2014. 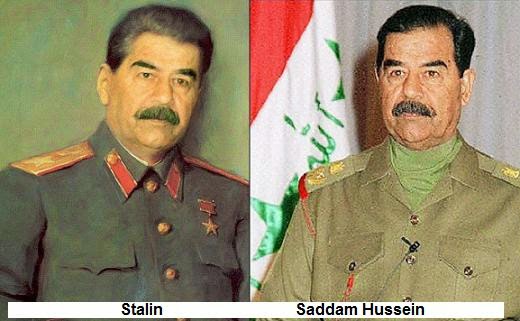 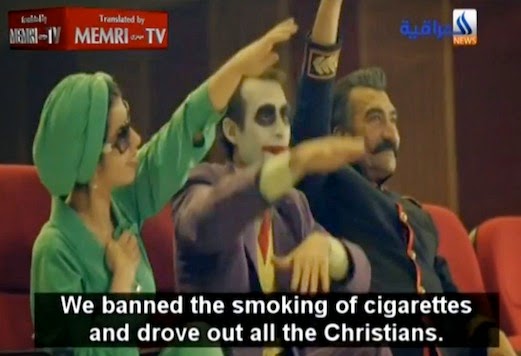 Posted by Loren Coleman at 4:34 PM

Wow, that is pretty incredible stuff. Some parts are fairly obvious, others not so much. And I'm surprised that Erdogan isnt't represented in it...or perhaps he is. Many people point out that he is in fact not Turkish at all, but Georgian like Stalin. i wonder if the joker thing is to be interpreted i. connection with the Aurora event, seeing how the trailer ends with a shootout in a movie theatre. Will have to keep an eye out for this.

Wow...just bizarre. I agree with Thomas that some parts are fairly obvious to us as Westerners...but what these images and references mean to average Iraqis would be fascinating to find out.