Rick Hilberg has posted on his Facebook page the following on September 8, 2014:

Just found out this morning that long time ufologist Dale Rettig passed away on September 3rd at his home in Walnut Creek, California. A memorial service is being held there today.
I knew Dale since 1963 when he headed an Illinois based UFO group that had a very professional looking publication.One of first activities together was interviewing Allen Hynek at his Northwestern University office later that same year. Although no longer active in the UFO field, he and I kept in touch over the years.
Dale and I worked very closely together back in the 1960s on several UFO publications and organizations, and he was one of the founding members of what would later become the National UFO Conference back in 1964 when its first convention was held in Cleveland, Ohio.


I always mention Dale in my radio appearances. He had me out to do a lecture in San Francisco. We had a full house of about 400. I was to fly back East late afternoon on Sunday. Dale and a few others from his inner circle took me to brunch and over Bloody Marys I happened to mentioned that I should have tried to contact my old friend psychic and author Alan Vaughn who had moved to San Francisco from New York City a few years previously but didn't know how to contact him. Suddenly, the door to the bar swings open and Alan walks in with his dog. Thirty-five thousand miles away and we meet by "chance." After a good chuckle it turns out he is working on a book [later to be Incredible Coincidence: The Baffling World of Synchronicity] on sychronicities and our little episode gets a paragraph or two in the book, if you can find an old dusty paperback he did. I believe synchronicities play a big part with UFOs and spirits - its the new EVP, a means for "them" to let us know they are around. This episode with Dale was my first inkling of same.

Jerry Clark writes, "Back in the early 1960s when I was a teenage ufologist corresponding with my contemporaries, one was named Dale Rettig."

There is not too much, actually, in the official histories of ufology about Dale Rettig. Mystery, unfortunately, even follows Rettig in death, it appears.

On the official obituary of the Oak Parks Hill Chapel, in California, they have listed Rettig as:


But for their official obituary writeup, they list a different date of death:

I feel we have to follow his friend Rick Hilberg's date (September 3) that agrees with the funeral home's first listing.

Dale Norman Rettig went to Stanford University, in Stanford, California, then attended the Hastings College of Law in San Francisco, being admitted to The State Bar of California on December 19, 1973.

From the official records, Rettig worked for the U.S. Small Business Administration in Walnut Creek, California.

Rettig was an early organizer of ufologists and conferences, as can be seen in some of the first conferences' photographic records. 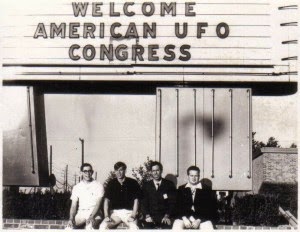 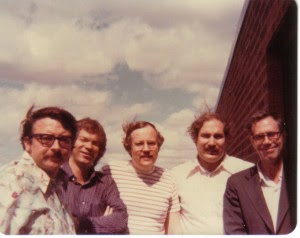 But sometimes Rettig suffered from the ongoing politics among Ufologists.

For example, as Rick Hilberg has noted, in a clarification of "A Brief History of the National UFO Conference," by James Moseley, written in 2001, that,


Jim omitted the name of one of the founders [of the National UFO Conference], namely Dale Rettig. Dale was a very active ufologist back in the early 1960s and ran an Illinois based UFO organization that had a very fine for the time, almost professional looking newsletter. Most ufozines of the time were either run on Ditto machines (remember those purple pages? ) or maybe a mimeograph. Offset printed publications were quite scarce, although I did start doing my “original” UFO Magazine by offset as early as 1964. Anyway, Dale, Allen Greenfield and I were the principals in a group called the American UFO Committee back in 1963 ( It was group that combined three organizations that we each were the heads of into one fairly large national group.), and it was at this time that Greenfield came up with the seminal idea of holding a serious, non contactee gathering in 1964 and seeing if it would take hold.


Our condolences to his family and friends.
Posted by Loren Coleman at 7:46 PM