Jetsons: 50 Years of the Video Phone 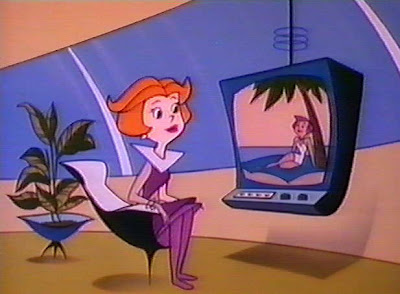 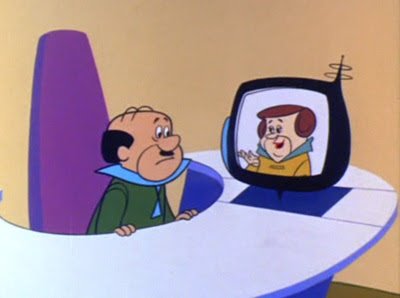 Today is the 50th anniversary of the first broadcast of The Jetsons.

As I recently mentioned here when talking about predictions, one of the notable forecasting successes viewed on The Jetsons was of the video chat. For more of the other "futuristic technologies that exist today," as Matt Houghton writes regarding the show, see his "6 Current Technologies The Jetsons Predicted."

The Jetsons was quite early in their predictions, as well as rather persistent. Video chat is used frequently in every episode I watched. Clearly, with webcams and Skype, as well as the iPhone 4′s new FaceTime, this has quite clearly come true.

As to the "morning mask," well, there are a few Jokers out there who would say it does prevail, after all. 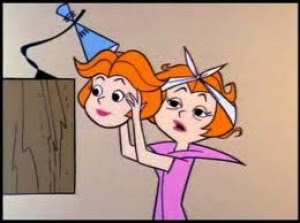 Posted by Loren Coleman at 4:23 PM