Mine Shootings and Machine Guns: Aurora and Columbine 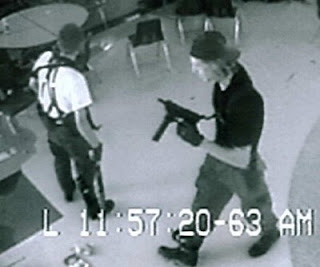 Aurora and Columbine are two of the most recognized names of massacres in American history, specifically having occurred in Colorado. This, of course, is due to the mass shooting at Aurora's Century 16 theater on July 20, 2012, and the school violence at Columbine High School on April 20, 1999.

By synchromystic detection, we find these two names are associated with "mine shootings," one of which is a historically significant "mine massacre," and the other a recent event signaling perhaps more on the horizon. 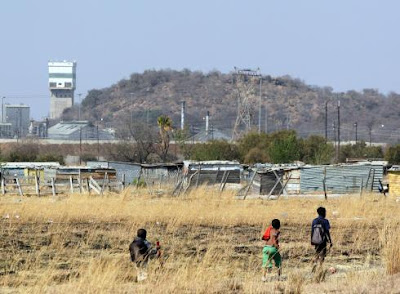 Americans hardly are aware of international news, but something is afoot in South Africa that may sign more. The Aurora Mine (above) in South Africa was the source of violence on Monday, September 3, 2012, when four striking miners were shot. (Recall, Aurora = dawn.)

According to the African edition of the USA Today:


Mine unrest spread in South Africa as police and security guards fired rubber bullets and tear gas Monday [September 3, 2012] at sacked gold miners attacking former colleagues trying to get to work, injuring four miners, according to the owner of the mine.
The mine's business associates previously involved relatives of Nelson Mandela and President Jacob Zuma and was the same place where firebrand politician Julius Malema, an avowed enemy of Zuma, last week pledged to make the nation's mines ungovernable. 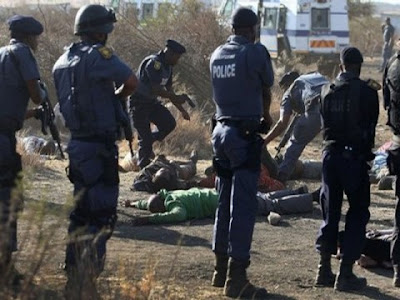 The mine unrest reached a bloody climax on Aug. 16 when police shot 112 striking workers, killing 34 of them, at a platinum mine at Marikana, northwest of Johannesburg. The state violence was reminiscent of apartheid days and has damaged the government's image. Government officials held a press conference to try to control the fallout.

***
Aurora was bought two years ago by a group including Zuma's nephew and a grandson of anti-apartheid-icon Nelson Mandela. The two allegedly never paid for the mine but stripped it of most assets and now are being sued by liquidators. They have failed to honor court orders that they pay tens of thousands of dollars to miners thrown out of work.

Please note that the media characterizes the striking miners as the attackers, despite they are the ones that end up shot, and often dead. A golden dawn event? 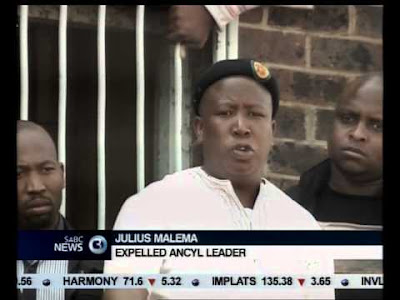 Expelled African National Congress Youth League (ANCYL) leader Julius Malema, journeyed to the Aurora Mine on August 30, 2012, to speak to the workers about their calls for justice and the nationalization of the mines. 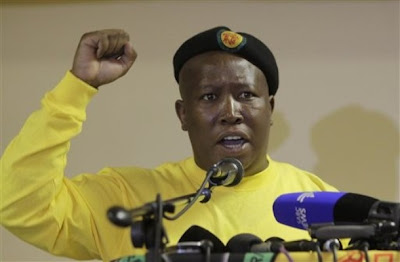 Earlier on Friday, Feburary 10, 2012, Malema made his first public appearance since an appeals ruling to dismiss him from the ruling party was upheld. Malema said then that he is preparing for life outside the ANC. Not all is peaceful in South Africa. (Photo: Denis Farrell)

Aurora, Colorado's The Dark Knight Rises shooting made many immediately recall Colorado's other recent mass shooting, the one at Columbine High School on April 20, 1999, at Littleton, Colorado - which is remembered from that machine-gun toting teen on Time. 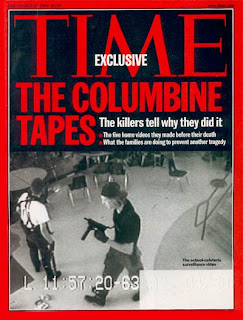 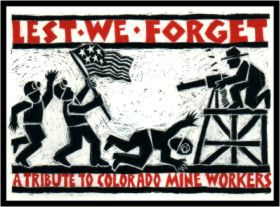 Armed secret police (the Colorado Rangers reactivated) and mine guards machine-gunned and shot to death six striking workers and injured 60 others.

"The 1927 murders were recklessly perpetrated by a police force in the pay of the governor of the state of Colorado. The machine gunning of striking coal miners was orchestrated by a small but powerful segment of the business community and was encouraged by lurid editorials against immigrant workers in Colorado's daily papers. The citizens of Lafayette burned those papers in the street as a sign of their agony and their sense of betrayal. Lafayette wanted justice; Denver simply wanted coal," writes a memorial site.

The striking workers were carrying no weapons, only three American flags, for, needless to say, the cry against them was that they were not Americans. "Keeping America American" is not a new saying. 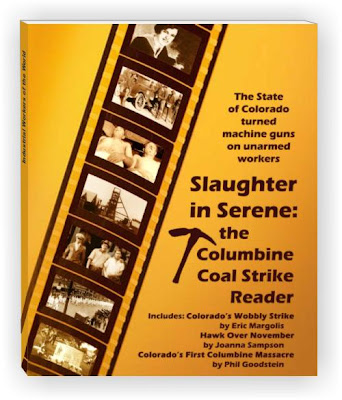 Richard Myers, in The Columbine Mine Massacre, wrote:


Popular strike leader Adam Bell stepped forward and asked that the gate be unlocked. As he put his hand on the gate one of the rangers struck him with a club. A sixteen-year-old boy stood nearby holding one of the flags. The banner was snatched from him, and in the tug-of-war that followed the flagpole broke over the fence. The miners rushed toward the gate, and suddenly the air was filled with tear gas launched by the police. A tear gas grenade hit Mrs. Kubic in the back as she tried to get away. Some of the rangers hurled rocks and clubs and the miners threw them back. The miners in the front of the group scaled the gate, led by Adam Bell's call of "Come on!" Bell was pulled down by three policemen. Viciously clubbed on the head, he fell unconscious to the ground. A battle raged over his prostrate form, the miners shielding him from the rangers. Mrs. Elizabeth Beranek, mother of 16 children and one of the flag-bearers, tried to protect him by thrusting her flag in front of his attackers. The police turned on her, bruising her severely (police admitted to using clubs in the skirmish. ***Three machine-guns had been installed at the mine and miners later claimed their ranks were decimated by a withering crossfire from the mine tipple— a structure where coal was loaded onto railroad cars— and from a gun on a truck near the water tank. John Eastenes, 34, of Lafayette, married and father of six children, died instantly. Nick Spanudakhis, 34, Lafayette, lived only a few minutes. Frank Kovich of Erie, Rene Jacques, 26, of Louisville and 21 year old Jerry Davis died hours later in the hospital. The American flag Davis carried was riddled with seventeen bullet holes and stained with blood. Mike Vidovich of Erie, 35, died a week later of his injuries.***Newspapers printed a statement from an uncomfortable Governor Adams that the machine-guns were mounted before and after, but not during the shooting, at which time they had been placed in storage at his personal request. Citizens of Lafayette were so enraged at what they described as lies in the press that they burned stacks of newly-delivered newspapers in the street.

Think about all the "name games" in this one incident: Colorado, Columbine, Lafayette, Bell. And how about Serene? Serene is Latin serēnus for "of the sky, weather," "clear, unclouded," and even in one meaning, "a shining star." 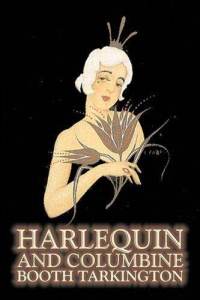 Columbine is of Latin origin, and the meaning of Columbine is "dove." From Italian Columbina, a diminutive of Columba. Columbine is also a literary character who appears in traditional Italian comedy Commedia dell'Arte and English pantomime as Harlequin's beloved ~ ah, the Joker.

Cosmic Jokers abound. The book Harlequin and Columbine is written by Booth Tarkington, one of the first members of the Fortean Society.

There was even a woman in red! 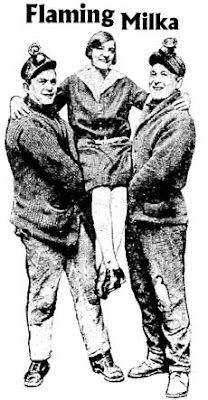 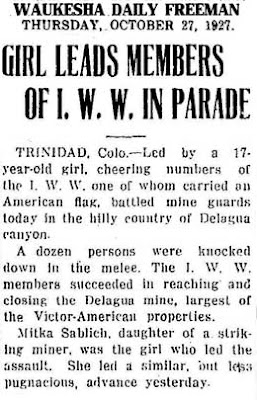 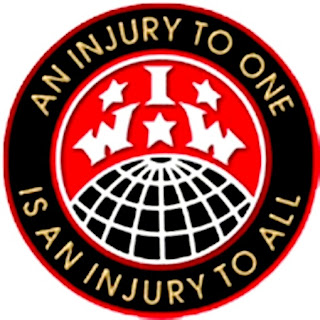 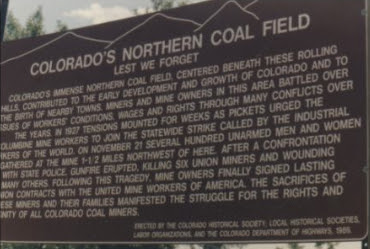 A temporarily installed metal historical marker recalled the Columbine mine and the massacre on Highway Seven, one mile west of I-25, in Colorado, before it was replaced by a wooden one. The wooden one is decaying. Lest we forget.

The Aurora Mine in South Africa is not to be confused with the Aurora Mine (photo above) located at Lee Creek in Beaufort County, in what is today called Aurora, North Carolina. That is the largest integrated phosphate mining and chemical plant in the world. PotashCorp (a Saskatchewan, Canadian corporation) is the world’s largest fertilizer company by capacity. There is another mine named Aurora, one in Alberta, that is the the world's primary source of Ammolite gemstones and fossils.

Should we watch mines and locations with the name Aurora, even ones full of fertilizer, for awhile? To which one could say, in a moment of expressive awareness, a contemptuous acknowledgment of the obvious: 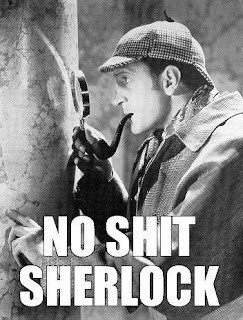 Whether in South Africa or Colorado, the name game abides. ~ Loren Coleman

(Thanks to Judas Disney for the heads up on South Africa's Aurora.)

Someone else has probably already commented on this but I recall the mythical "black aircraft" project call Aurora.

Remember the death of General Francisco Serrano, whom we mentioned back when the shooting at 3 Marías (another Trinity) took place? It happened during the same year that this mining massacre: 1927.

Neat post! One instance of Aurora, that I always vividly remember is from an old Spider-Man and His Amazing Friends cartoon, that I loved to watch when I was young (who am I kidding, LOL, I watch it today on netflix). The episode had Aurora Dante (neat name) who was also known as Lightwave and she was the sister of the Iceman, Bobby Drake. Interesting, because Aurora Dante, as far as I know, was only mentioned in this cartoon and for some reason this episode always stuck in my head. Marvel Wikia has this to say about it:

"Lightwave's only appearance was in "Mission: Save the Guardstar", the final episode of the 1980s cartoon. Bobby Drake explains his heretofore unknown sister as merely a half-sister; they share the same mother".