NFL Should Worry About Suicides Again 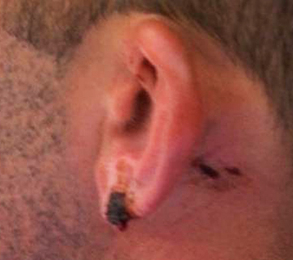 Now that the replacement refs are a thing of the past, the NFL should worry about the suicide of its players again. Violence had returned to the NFL in a climate without rules. But what the recent events exposed were the raw violence just under the surface of the game.

Twitter, the sports media, and talk radio were abuzz with the outrageously terrible call giving a win to the Seattle Seahawks on Monday Night Football. 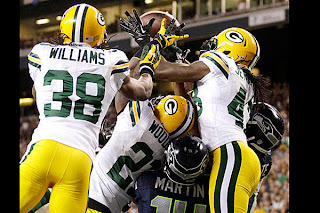 "The short version is that referees ruled that Seattle's Golden Tate caught a ball that, in fact, was clearly intercepted by the Green Bay Packers' M.D. Jennings. (The Atlantic Wire has the full story and the incredible video)," noted writer David Graham. "The officials and the National Football League ownership are at odds over retirement benefits and salary, as well as a couple more finer labor dispute points." 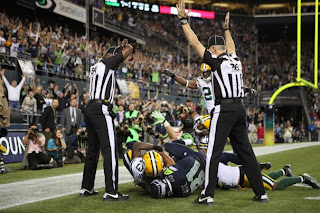 BTW, read "referees" as "replacement referees," that is "scabs," as in "strikebreakers."

What is incredible is that at a time when great attention was directed to how violent the sport of pro football had become due to the discovery of concussions, the NFL's ownership desire to not deal with the refs over 1/2250th of their total revenue had resulted in even more violent games.

Last weekend's games, including Monday night's battle, were showing direct evidence of the stripping bare of the basics of the game. The NFL contests were shown to be the graphically violent games that the sport had become, without proper guidance. 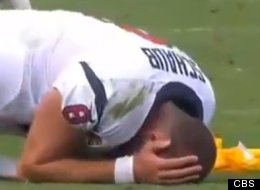 The most visual graphic of this was apparent during the Houston Texans' win over the Denver Broncos on Sunday, September 23rd, when Houston quarterback Matt Schaub took an illegal hit from Broncos defender Joe Mays. Schaub lost part of his earlobe on the play. (The image is at top.)

I seriously wondered if the NFL would allow what was happening proceed until someone was paralyzed on the field or killed in a tragedy on the 23rd yardline? Luckily, on September 27th, the NFL and regular officials settled.

But remaining in the background are suicides of NFL players that continue. 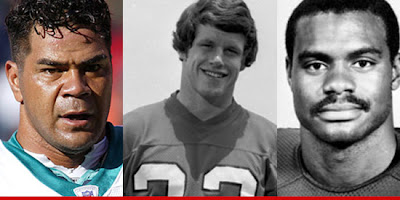 Unlike former star linebacker Junior Seau, who died by suicide with a gunshot to his chest in May 2012, and former star defensive back Dave Duerson, who took his life in similar fashion in February 2011, NFL player newest suicide victim, O.J. Murdock was not thinking about leaving his brain to science. He killed himself with a shoot to the head.


Murdock, 25, sent a text message to sports writer Bill Ward -- who covered his career at Tampa's Middleton High School -- just hours before he shot himself Monday, according to the Tampa Tribune. "Hey Mr Ward, it's OJ Murdock.... I just want to thank u for everything you've done for me and my family. Can't thank you enough," the text read.
Murdock, who signed with the NFL's Tennessee Titans last year, never responded to Ward's reply sent four hours later: "Hi O.J. Thanks for those kind words. Are you recovered from the Achilles and back in camp with the (Titans)?" 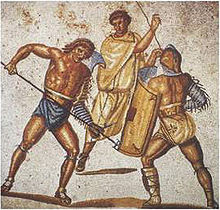 The conflict between the refs and the NFL, the loss of games, the increasing violence of the televised play were all unfortunate. But it all hid, temporarily, the unseen violence that continues in the bodies and minds of these men who are today's modern gladiators. Their pain and concussions may have taken a back seat to what was happening out there on the grass and screen right now, but the players' deaths continued, due to the simple fact they are combatants who are entertaining audiences with violence.

Will there be more darkness and blood before the dawn?