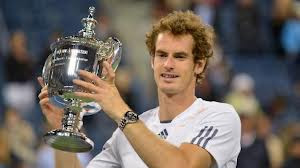 On September 10, 2012, "Andy Murray ended Great Britain's 76-year drought with epic U.S. Open win over Novak Djokovic," shouted Yahoo! Sports.  But I'd say it was more a victory for Scotland than Great Britain, despite media headlines.

Scotsman Sean Connelly was one of Murray's biggest fans at the U.S. Open.

Murray is actually the survivor of one of the most infamous mass school shootings in Scottish history:

Following the separation of his parents when he was nine years old, Andy and [his brother] Jamie lived with their father. Murray later attended Dunblane High School. Murray attended Dunblane Primary School, and was present during the 1996 Dunblane school massacre. Thomas Hamilton killed 17 people before turning one of his four guns on himself. Murray took cover in a classroom. Murray says he was too young to understand what was happening and is reluctant to talk about it in interviews, but in his autobiography Hitting Back he states that he attended a youth group run by Hamilton, and that his mother gave Hamilton lifts in her car. Source.

The Dunblane "massacre" occurred on March 13, 1966, and was the responsibility of unemployed former shopkeeper Thomas Hamilton (born Thomas Watt, Jr. on May 10, 1952 in Glasgow, Scotland).

Thomas Hamilton's mother, a hotel chambermaid, was divorced from his father by the time Thomas was born. Hamilton never knew his father and grew up with his mother's adoptive parents, believing they were his biological parents. They legally adopted him at age two. He also thought his biological mother was his sister until he was told the truth when he was 22 years old. Biography


Intriguing that Hamilton's former name should be Watt. Jim Brandon and I have written about this being an important "power" name worth watching. See "The Watts/Watkins Name Game."

Hamilton (Watt) walked into the Dunblane Primary School "armed with two 9 mm Browning HP pistols and two Smith & Wesson M19 .357 Magnum revolvers, all legally held. He was carrying 743 cartridges, and fired his weapons 109 times. The subsequent police investigation revealed that Hamilton had loaded the magazines for his Browning with an alternating combination of full-metal-jacket and hollow-point ammunition." 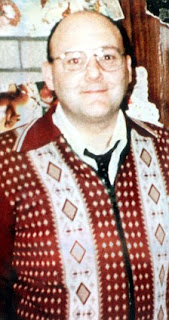 Hamilton (pictured) targeted a class of 5-6 year old, killing or wounding all but one person. He killed 15 kids and their teacher, Gwen Mayor, immediately. One other student died on the way to the hospital. Then he left the gymnasium, and began shooting into a mobile classroom. But that class's teacher had held the shots, and told the students to hide under their tables. All were saved. Next Hamilton shot at kids in a corridor, wounding one teacher. Then he went back into the gym, and took his own life. Source.

Andy Murray was 8 and his brother Jamie was 10, at the time of the Dunblane attack.

Murray wrote in his book Hitting Back:

Some of my friends' brothers and sisters were killed. I have only retained patch impressions of that day, such as being in a classroom singing songs....
The weirdest thing was that we knew the guy (Hamilton). He had been in my mum's car. It's obviously weird to think you had a murderer in your car, sitting next to your mum....
That is probably another reason why I don't want to look back at it. It is just so uncomfortable to think that it was someone we knew from the Boys Club....
We used to go to the club and have fun. Then to find out he's a murderer was something my brain couldn't cope with....
I could have been one of those children.

Posted by Loren Coleman at 9:52 AM