The Isaac Who Planned To Kill Obama 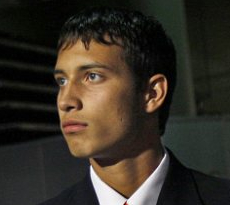 So, first of all, let me assert my firm belief that the only thing we have to fear is fear itself—nameless, unreasoning, unjustified terror which paralyzes needed efforts to convert retreat into advance. In every dark hour of our national life a leadership of frankness and vigor has met with that understanding and support of the people themselves which is essential to victory.

~ Franklin Delano Roosevelt's First Inaugural Address, given the day after he was sworn in as President on the highly symbolic date of 3.3.1933.

A man leading a conspiracy named FEAR plotted to assassinate President Barack Obama. Prosecutors said on Monday, August 27, 2012 that a murder case against four soldiers in Georgia has revealed they formed an anarchist militia within the U.S. military.

The Isaac who wanted to kill the President is Isaac Aguigui. 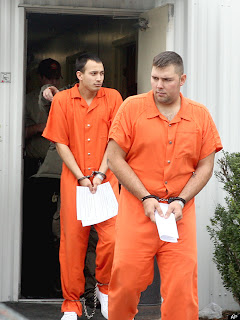 Anthony Peden, Isaac Aguigui
U.S. Army Sgt. Anthony Peden, 25, right, and Pvt. Isaac Aguigui, 19 are led away in handcuffs after appearing before a magistrate judge at the Long County Sheriffs Office Monday, December 12, 2011 in Ludowici, Georgia. Four Fort Stewart soldiers have been denied bond on charges connected to the killings of a former serviceman and a teenager in Long County. Two fishermen found the bodies of 20-year-old Michael Roark and 17-year-old Tiffany York on December 6, 2011, the day after investigators believe they were killed. The government alleges the group killed the two people – former soldier Michael Roark and his 17-year-old girlfriend, Tiffany York – by shooting them in the woods last December in order to keep its plans secret. 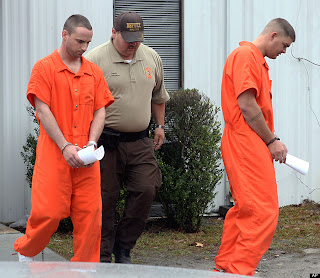 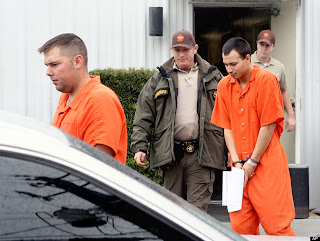 Anthony Peden, Isaac Aguigui
In this Dec. 12, 2011 file photo, U.S. Army Sgt. Anthony Peden, 25, left, and Pvt. Isaac Aguigui, 19, are shown being taken back to jail after a hearing with a magistrate judge at the Long County Sheriffs Office. (All three photos, Lewis Levine)


A short AP piece was published about these four Georgia-based soldiers who formed an “anarchist militia within the U.S. military with plans to overthrow the federal government.” They had some targets in mind,


Prosecutor Isabel Pauley says the group bought $87,000 worth of guns and bomb-making materials and plotted to take over Fort Stewart, bomb targets in nearby Savannah and Washington state, as well as assassinate the president.

They also planned to poison apple orchards (see here for more on the symbolism of apples).

MSNBC online looked at what and where this money came from:


The U.S. Army private accused of being the ringleader of an anti-government militia in Georgia was a suspect in the death of his wife months before prosecutors say he and three fellow soldiers murdered two people to keep their clandestine group secret, authorities said.
Isaac Aguigui funded the anarchist militia FEAR, or Forever Enduring Always Ready, with up to $500,000 in life insurance benefits he collected after his wife's death in July 2011, prosecutors said.

In the Summer of the Gun, in which wall-to-wall coverage has covered alleged random shootings and copycats in depth, isn't it remarkable how little we have seen about this plot in the mainstream television media?

Could it be because there has not been any notion that the individuals involved in this plan to kill Obama were a "lone wolf," a "lone nut" or "crazy"? That it is a conspiracy goes against the comfortable American "lone nut" tagline with most of these stories. Europeans do conspiracies, Americans are just "lone wolves," we are told often.

Is the story being downplayed because law enforcement agencies successfully caught these guys before they murdered the President?

Is it because no one was killed? Well, that's apparently not true. As it turns out, perhaps three people are dead due to this F.E.A.R. group. 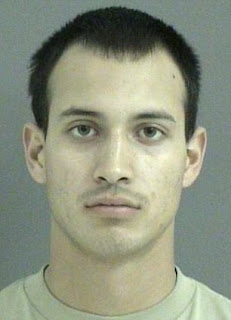 
A relative of one of four soldiers accused by Georgia authorities of killing a fellow soldier and plotting anti-government acts came to police with concerns about the man almost a year ago...The female relative, who didn't want to be named, called police in September 2011 to relay her worries about Isaac Aguigui, who is originally from the small town of Cashmere near Wenatchee, police Sgt. John Kruse said. The woman told police that Aguigui's wife had died in July 2011 under suspicious circumstances, and the soldier had bought 15 firearms from a store in Wenatchee while on leave from the military.

One of the four in the group turned government witness. Pfc. Michael Burnett pleaded guilty to manslaughter, illegal gang activity and other charges, and made a deal to cooperate with prosecutors against the three other soldiers.


Prosecutors say [Michael] Roark, 19, served with the four defendants in the 4th Brigade Combat Team of the Army's 3rd Infantry Division and became involved with the militia. The group believed it had been betrayed by Roark – who left the Army two days before he was killed – and decided the ex-soldier and his girlfriend needed to be silenced, authorities said.

Why has there been hardly anything heard about this on cable and network tv news?

Is it because the establishment details about the bios of these people are too touchy to have come out during the Republican Convention?  That they were active military is perhaps part of it. But more significantly, the ringleader Isaac's story has been directly tied to the Republican Party. 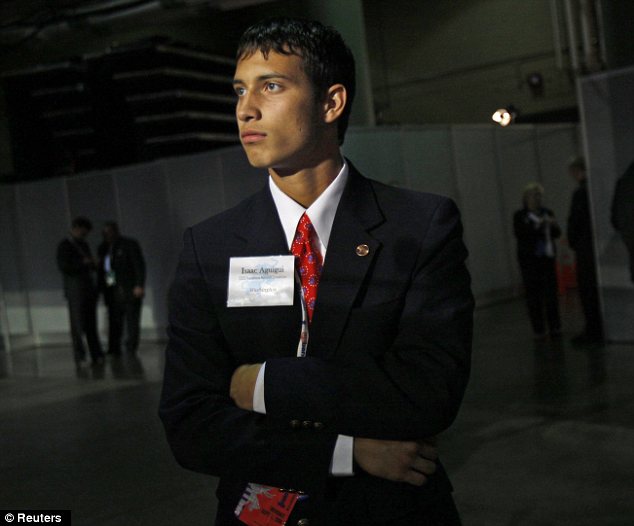 The coming storm, it appears, the last week of August 2012, was about two Isaacs.

Is the meaning of Aguigui have anything to do with water I wonder? Looked it up but couldn't find any information on it.

Wondering why I never thought of their?
Also visit my website ... Tutoriales