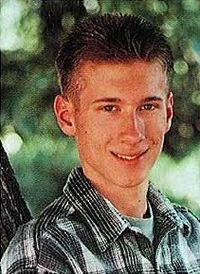 Columbine's Eric Harris used the name Rebdomine.
A copycat has taken the moniker and threatened
a shooting spree on September 14, 2012.

Why September 14th? Here's what the FBI cited about the date:

Looks like the FBI has been reading this blog!!

"Rebdomine" was one of the screen names used by Eric Harris (one of the Columbine killers). "Rebdomine," used on AOL, was derived from the word "reb," short for "rebel," the mascot of Columbine High School. The "domine" part is based on the Latin dominus for master.

"Investigators discovered that the 'Rebdomine' account had created a Facebook 'event' announcing the planned 'Killing Spree' in Littleton. 'Join me on September 14th and kill as many people as possible,' the notice stated," continued the Smoking Gun.

Names like "James Holmes" were listed as going to "attend" the "event."

Agents raided a home of Mark Jordan, 50, who said his daughter, 30, was to blame. The FBI seized two computers, an iPhone, two rifles, a revolver, and “eight books and notebook involving killing.”

Wonder what the titles of those books are?

The case is still under investigation.

The public domain documents are shared below. 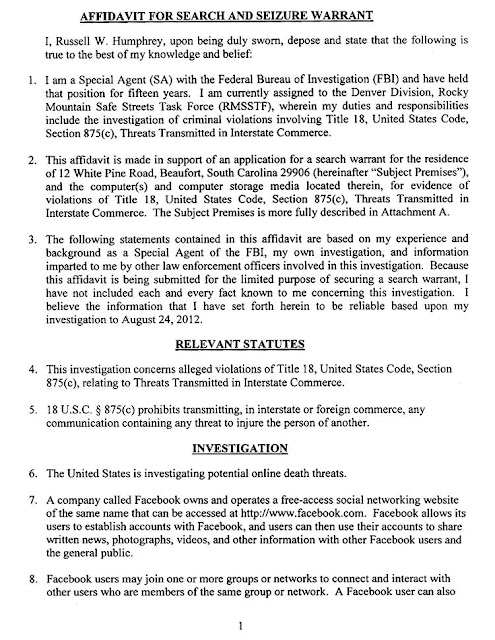 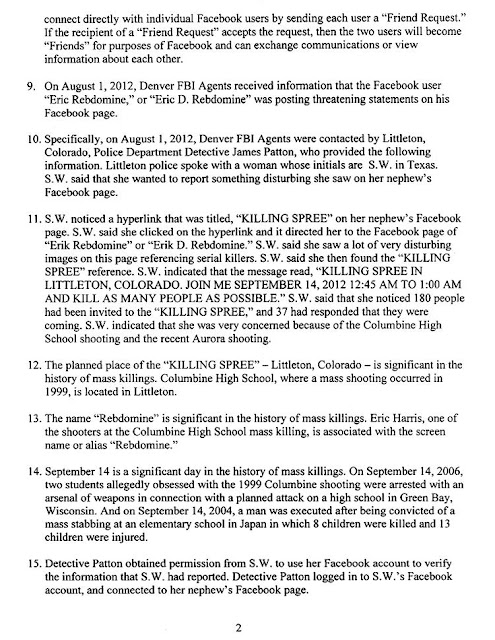 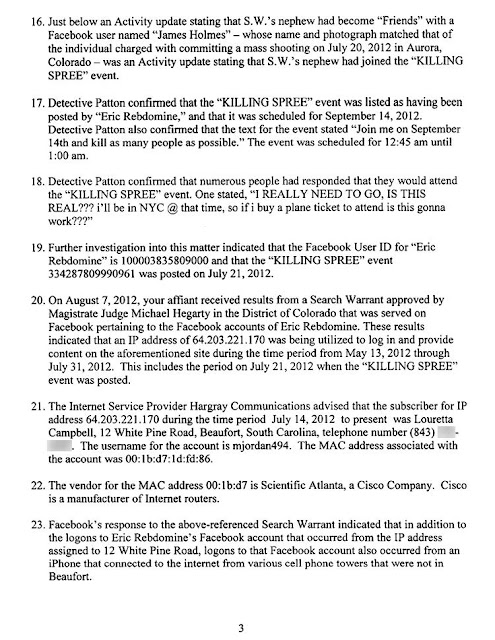 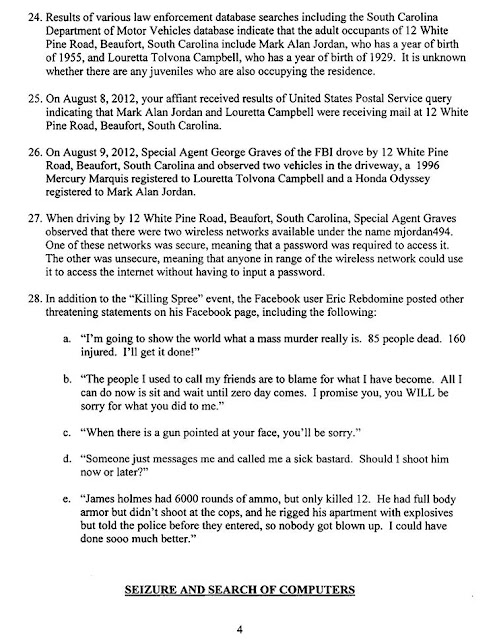 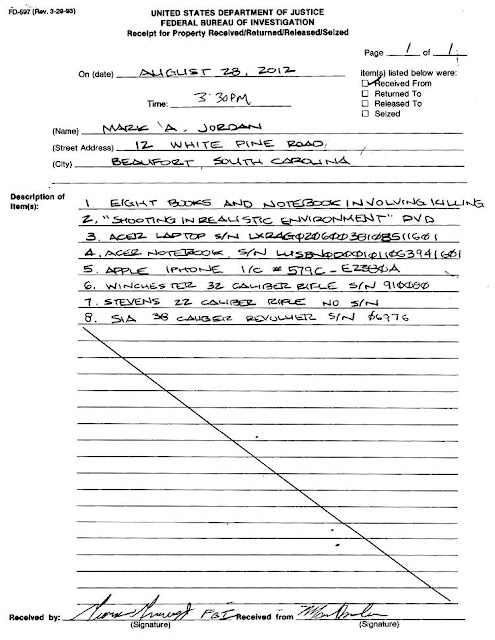 Posted by Loren Coleman at 6:40 PM