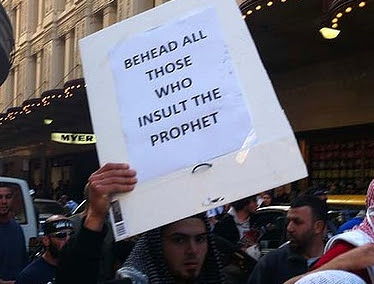 The Muslim protests have now spread to Australia. Police said that, about 1 pm on Saturday, a group marched from Sydney Town Hall to Martin Place, where a confrontation occurred between protesters and police outside a building housing the US consulate. Police used capsicum spray on the protesters, who at times pelted officers with bottles. Up to 500 people stormed through the city, working their way through Pitt Street before moving to Hyde Park amid a heavy police presence. The crowd ran on to the Australian museum.

Also on Saturday, 9/14/2012, thousands of Chinese besieged the Japanese embassy in Beijing, hurling rocks, eggs and bottles as protests broke out in other major cities in China amid growing tension between Asia's two biggest economies over a group of disputed islands.

Well, we knew this was coming...and more (see Cycles).

Read below, for Friday events. 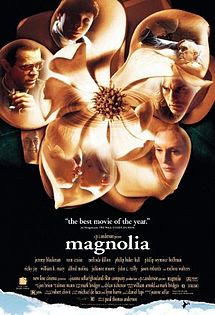 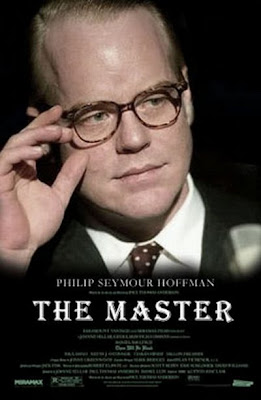 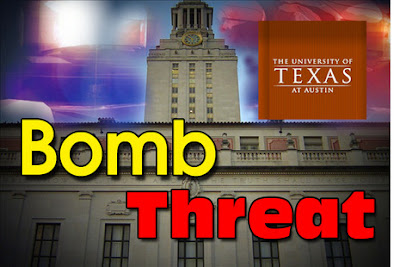 Bomb threats hit Texas, North Dakota, Indiana, Ohio, and Missouri on Friday.
Protests spread from one end of the Mideast all the way across Asia. 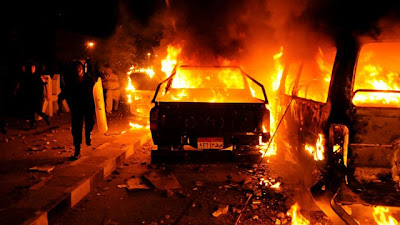 The world seemed ablaze on September 14, 2012.
Here cars in front of the US Embassy in Egypt are on fire. 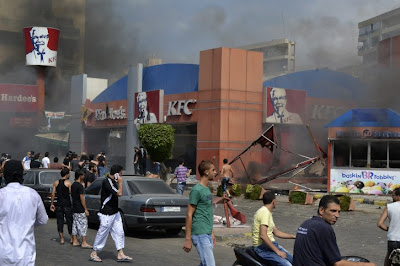 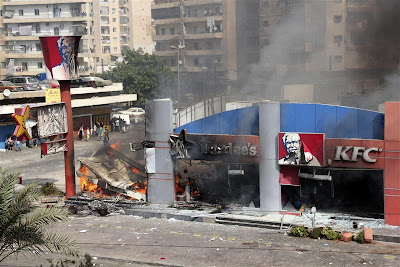 A Hardee's, a KFC and an Arby’s restaurant were set on fire
in the city of Tripoli, Lebanon, on Friday.

Thousands of people streamed off university campuses in Texas and North Dakota on Friday after phoned-in bomb threats prompted evacuations and officials warned students and faculty to get away as quickly as possible.

The Texas university received a call about 8:35 a.m. on Friday, September 14th, from a man, allegedly with an Arab accent, claiming to be with al Qaeda who said he had placed bombs all over the 50,000-student University of Texas at Austin campus, according to spokeswoman Rhonda Weldon. He claimed the bombs would go off in 90 minutes and all buildings were evacuated at 9:50 a.m. as a precaution, Weldon said.

UT’s JJ Pickle Research facility in North Austin was also evacuated. The facility houses a a fully functional nuclear reactor operated by the Nuclear Engineering Teaching Lab department.
No bombs went off. No bombs were found.

Valparaiso University in Valparaiso, Indiana, posted a campus alert about potential danger during chapel break period, which happens at 11:15 a.m. Friday. The unspecified threat was made via a "graffiti message."

Campus officials say a small college in Hiram, in northeast Ohio were evacuated because of a bomb threat. Hiram College posted a statement on its website saying it received a bomb threat Friday afternoon and was taking the threat seriously.

Hiram is a very Masonic name. President Garfield attended Hiram College. He was a Masonic president. Interesting that he was initiated at the Magnolia Lodge. Very Fortean. 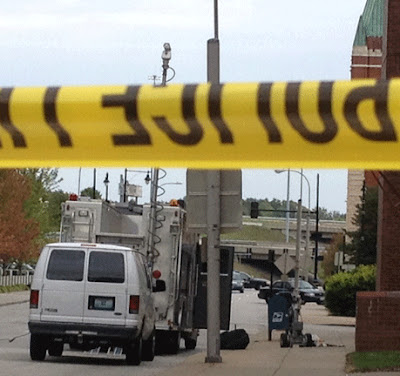 At noon on Friday, September 14th, a man walked into the Richard Bolling Federal Building, 600 E. 12th Street, Kansas City, Missouri, and said he was a terrorist. A bomb-sniffing dog has detected the presence of some sort of explosives inside the vehicle (above) of the man, which was outside the building. The Kansas City Police Department ordered the bomb and arson squad to his vehicle, located in the Fletcher Daniels State Office Building parking lot, 615 E. 13th Street.

As all this was happening (and more?) in the US, the following hotspots ignited, according to several media sources:
~ Demonstrators breached the U.S. Embassy in Tunisia;
~ American school in Tunis torched;
~ German Mission in Khartoum, Sudan was set aflame;
~ British Mission in Sudan attacked;
~ Security forces in Yemen block streets near U.S. Embassy and killed two;
~ Fires and rocks being thrown at U.S. embassies in Cairo and Alexandria, Egypt;
~ Effigy of Obama burned near Jalalabad, Afghanistan;
~ Thousands demonstrate against the U.S. in Gaza City;
~ Protesters throwing rocks and gasoline bombs near the American Embassy in Libya;
~ Demonstrations in Kuala Lumpur, Malaysia;
~ Thousands in Srinagar, Kasimir protest;
~ Hundreds in southern India;
~ Demonstrations in Indonesia;
~ Protests in Qatar;
~ Demonstrations in Kuwait;
~ Protests in Iraq;
~ Crowds continue gathering in Libya;
~ 5000 marched in the streets of Dhaka, Bangladesh, burning the American flag;
~ Troops fired over demonstrators in Jos, Nigeria; and
~ Hundreds of protesters set fire during attacks on restaurants in Tripoli, Lebanon, resulting in one dead. 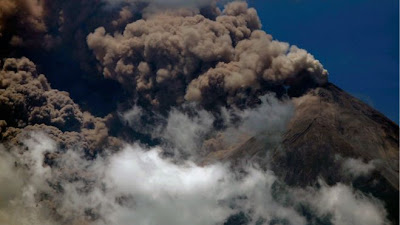 Volcanic ash spews from the Volcan de Fuego or Volcano of Fire as seen from Palin, south of Guatemala City, Thursday, September 13, 2012. The long-simmering volcano exploded into a series of powerful eruptions Thursday, hurling thick clouds of ash nearly two miles (three kilometers) high, spewing rivers of lava down its flanks and forcing the evacuation of more than 33,000 people from surrounding communities. Photo: Moises Castillo.

Yes, Fox News said "as seen from Palin." The media gods do have a sense of humor. 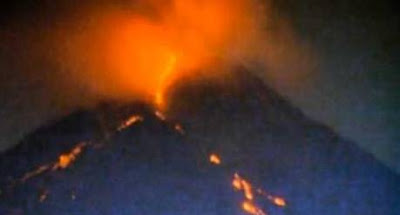 Sep 14: Tens of thousands of people have been evacuated in Guatemala after the Fuego volcano eruption, which the specialists estimate to be the most powerful since 1999 in this Central American country, media reports said.

Remember, this all started right before the Aurora massacre ... the fires, that is.

"Summer Of Sam" (Bacile). Save Our Souls! Is there a fireman in the place?

Not wanting to ramble with comments I wrote a piece at the Underground Stream. The end of this week as you know was "something wicked this way comes" and most most signful.

He being a Chief fanatic coupled with the same day deadly shooting of a "parking attendant" at Royals Stadium is super odd. His sudden disappearance back into the promise of his alchemical death .. is telling of chiefs and indians.

The menu is all redrum from here.

In a synchronicity to Ambassador Stevens death in Libya, the newly appointed Japanese ambassador to China has died. He was still in Japan, and was found in the street unconscious, has now died in a Tokyo hospital.

In an earlier post on this site, the waves of protest in China and the Middle East, over different issues, were noted as taking place at the same time.