Theaters and Theater Suspect On Fire

All things, oh priests, are on fire
The eye is on fire;
Forms are on fire;
Eye-consciousness is on fire;
Impressions received by the eye are on fire.
~ Buddha - Hindu Prince Gautama Siddharta,
founder of Buddhism, 563-483 B.C. Fires have been traditionally associated with equinoxes. This year's September equinox, also known as the autumnal equinox in the northern hemisphere, will be on September 22, 2012. To be exact, this will occur at September 22, 2012, 14:49 GMT.

Intriguingly, after a week of the "World on Fire" allegedly caused by a film, the fires have moved onto and into theaters:


At least one person has died as demonstrations against an anti-Islam video erupt across Pakistan, a day after protesters tried to storm the US embassy in the capital, Islamabad.
Angry demonstrators set fire to two cinemas in the northwestern city of Peshawar, police and witnesses said on Friday, as the country began a day of protests.
One protester was wounded when a cinema guard opened fire as crowds armed with clubs and bamboo poles converged on the Firdaus picture house, "smashing it up and setting furniture ablaze," according to Gohar Ali, a police officer.
Witnesses said a separate rampaging crowd stormed the Shama cinema, notorious locally for showing films considered to be pornographic.


Protestors attacked Capri, Nishat and Prince cinemas in Karachi, as they marched on the main M.A. Jinnah road in the city’s downtown area.
According to DawnNews, Capri and Nishat cinemas were partially damaged while Prince cinema was set afire by violent mobs.
~ DawnNews, 21 September 2012.

Let's see the visual evolution we have been given by the media and/or the courts.

The first view of the suspect was in his initial open court arraignment. 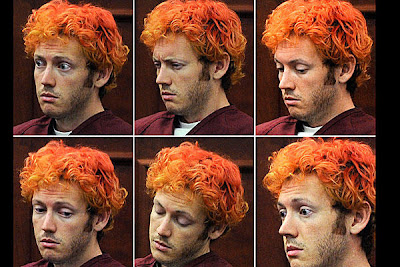 Then there was the release later the same day of the "booking" photograph, which may have been taken some time after he was arrested on July 20, 2012 up through when he was arraigned, days later. His beard growth appears contemporary with the court appearance growth. 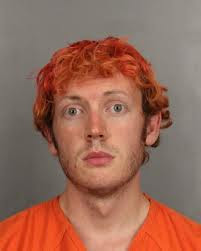 The Internet soon was awash with recently "old" photos of Holmes, with the red/orange fluffy hair style and similar beard growth. 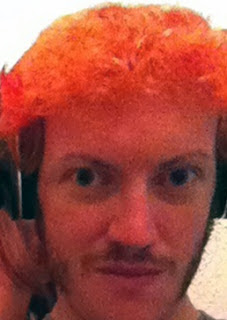 The Joker is historically shown with green hair, but examples were found of orange-haired ones too, which may have served as Holmes' copycat source. 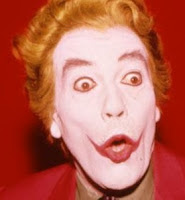 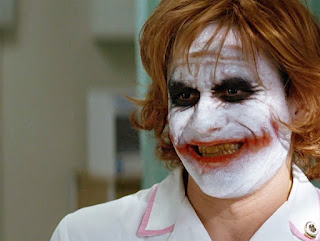 Who do the eyes remind you of? 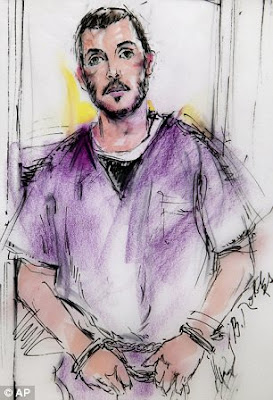 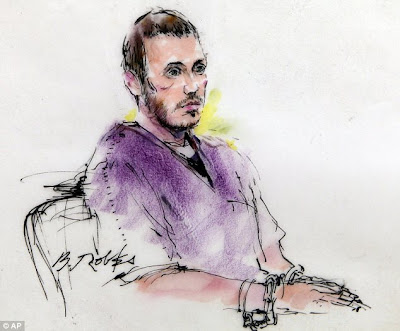 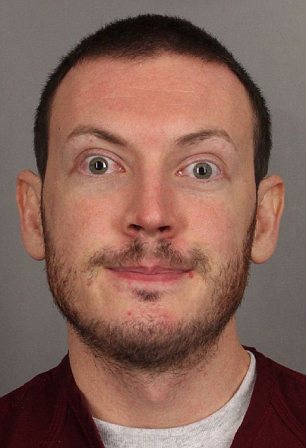 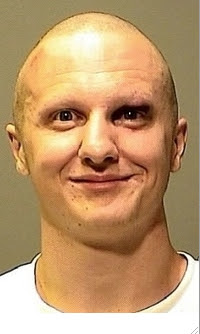 Booking photographs are funny things. Some questions have been raised about whether or not the first image widely distributed of Loughner (above and on the right, below) has been altered. See here for a larger discussion of that issue. A later "original" photograph of Loughner (below, left) has since been released. 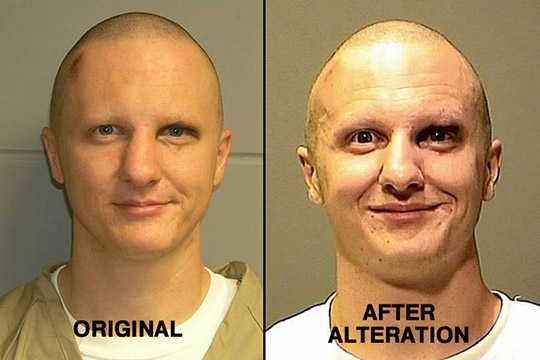 Some photoshopping of the Loughner (below) has been clearly labeled as such. 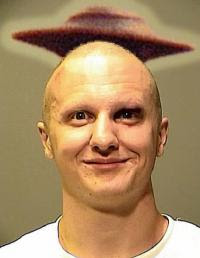 4 hours of fire and chaos: How the Benghazi attack unfolded (9/12)

Posted by Loren Coleman at 9:31 AM

How come the booking fotos don't show their arrest number board not the height measurement background" Or is it not required anymore?

Dallas Green and Christ In A Green seem to hollar Texas, '63.