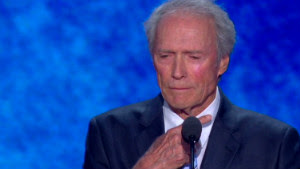 Whose throat do you think Clint Eastwood was symbolically slitting? Eastwood slipped up and used the old international hand signal and Masonic sign of sacrifice. In the midst of the most bizarre convention speech ever given, Eastwood demonstrated this sign. 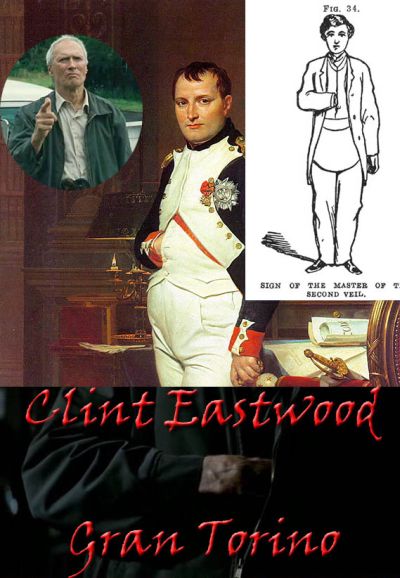 The site Conspirazzi is to be credited with noting, "Clint Eastwood gives the sign of the second veil before he dies at the end of Gran Torino. Clint is a confirmed member of Bohemian Grove. I think it’s elementary that he would be a member of the brotherhood."

It has long been known that Clint Eastwood is a member of the secret power club, mostly made up of wealthy Republicans, called Bohemian Grove.

Bohemian Grove has had many exposes of it, including that "in the 80's it was leaked that the Grove was what allowed for the inception of the atom bomb, eventually becoming known as the “Manhattan Project.” Partially detailed in a 1986 movie baring the same title and made by director, Marshall Brickman, also an admitted Bohemian."

Before his appearance, some conservatives like Drudge and Ann Coulter would have you think that Eastwood was riding in on a horse to save the Republican Party. 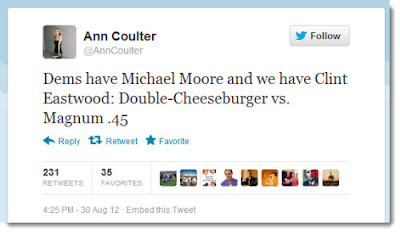 But what happened revealed a bit more than anyone could have predicted. 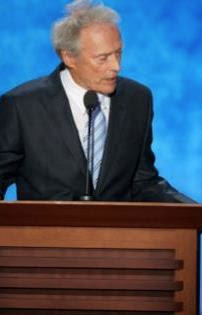 Is Eastwood's membership in jeopardy due to his performance at the Republican Convention? Certainly, people were not talking about Romney after that gathering, but of Eastwood. 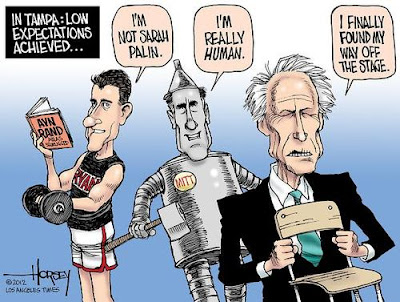 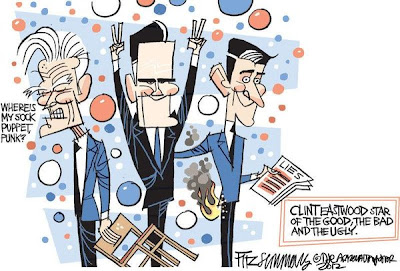 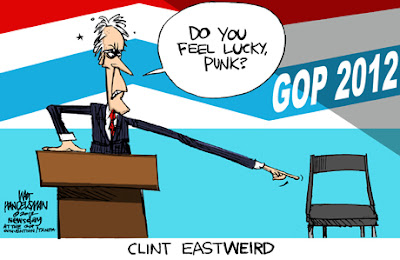 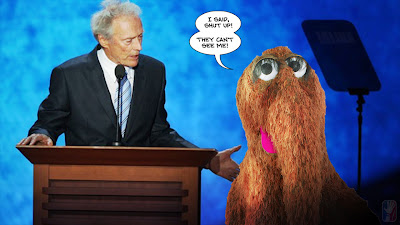 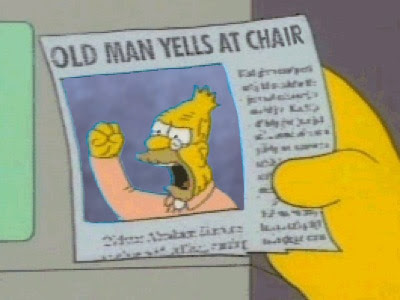 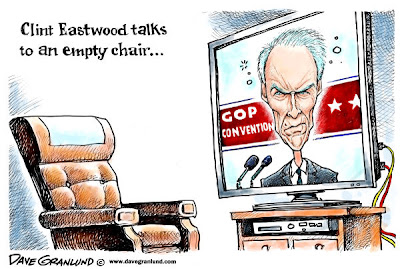 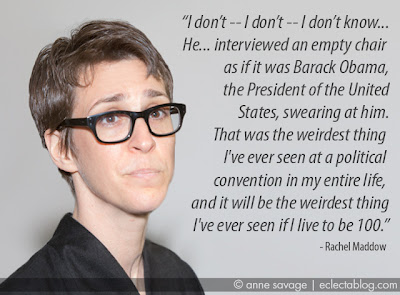 BTW, at the end of the day, the fastest growing meme across the world of Twitter and the Interweb was "Eastwooding." It involved taking a photograph of yourself in a discussion with an empty chair.

Posted by Loren Coleman at 5:15 PM

If you were a member of the Brotherhood, you'd know.

Since you don't know, it would be breaking oath to tell you.

What's embarrassing, is when the chair wins the argument :P

I could've sworn I saw that chair give the sign of distress.

To add to this:

"Her name literally means Queen of the Throne. Her original headdress was an empty throne chair belonging to her murdered husband, Osiris."

He slits his throat and can't the empty chair represent death. Will something happen to Obama?

As my mate Rick MG wrote @ The Daily Grail: Planet of the Masonic Apes :P

Both Obama and Romney's biggest donor is Goldman Sachs. They all work for the Freemasons running the Vatican, EU, and UN these days. Clint Eastwood is just supporting the Masonic globalists who are orchestrating the creation of the nwo. For example, we can see that Obama and Romney have the same agenda on a lot of issues.
The RNC and Romney apparently support Obama's desire to divide Israel and create a Palestinian state which, no doubt, the globalists will use as a catalyst for the nwo.

On page 49 of the official PDF file from the RNC 2012 website, we read the following:

“…we envision two democratic states - Israel with Jerusalem as its capital and Palestine - living in peace and security...” – Mitt Romney 2012 RNC Convention"