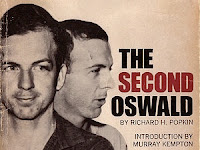 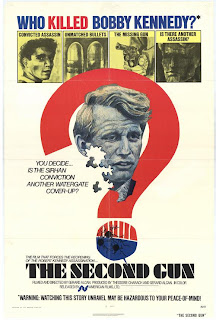 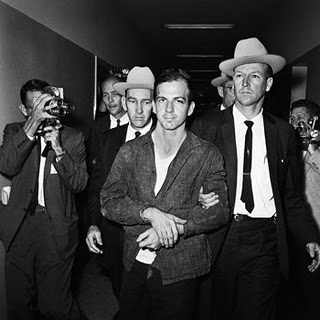 I have been hearing, from the beginning, about the question of a second person helping the shooter in Aurora. I figured, at least, the inquiry should be aired here. If posted, a forum for your thoughts on the matter of multiple individuals involved in the shooting at the midnight showing of The Dark Knight Rises in Theater #9 at the Century 16 in Aurora, Colorado, could be put to rest. Or opened for further discussion.

Was this red dawn caused by a conspiracy of two or more people? 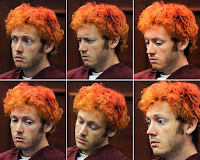 Let's look at some of the confusing bits of data.


As I pointed out a week ago on this blog, Andrew Griffin, editor at Red Dirt Report referred me to a news items in the Toronto Sun which had this sentence: "MSNBC reports that public records show Holmes lived with two roommates at the apartment, which is reserved for students, faculty and staff from the medical campus."

But if you went to the original MSNBC account, bizarrely, the mention of Holmes' alleged two roommates were no longer there. The details on the roommates had disappeared.

A comment maker followed up, and wrote in noting: "When you google 'James Holmes two room mates' there is a link to the feed of time.com, which mentions this in the teaser on the google search listing. But when you go to the link, and look for the word 'room mates,' there is none. And what a coincidence, the google cache for that page does not work either."

Then there is the strange business of Yeom Pyo Lee. 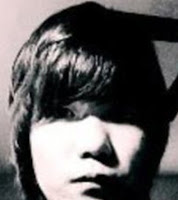 On Saturday, July 21, 2012, in Aurora-Denver, Colorado, allegedly Yeom Pyo Lee (shown above), a fellow PhD student of James Holmes at the University of Colorado, made a phone call to police threatening violence if James Holmes was not released from police custody. According to KDVR, “someone called from [his] phone and threatened violence if Holmes is not released.” Although the call came from Yeom’s phone, police were unable to determine if he was the one who made the actual call. After receiving the threatening phone call, police began to question whether or not James acted alone. Police questioned Yeom on July 21, but determined, "There is no reason to believe that he is involved." (Source.)


One comment was sent in that shared the following unsourced info:

There are now four witnesses that have stated very clearly, that they saw four different persons. All were dressed differently. Smoke cannisters came from both sides of the room. I might add that the detailed description has been good enough for the prosecutor to motion the court to "seal" the case. The police chief has clearly stated that Holmes is the lone person...Next - Tucson, Arizona: Second person identified on film with Jared Loughner, many times. Holmes did not know how to clear the AR-15. He would have transitioned to the pistols. 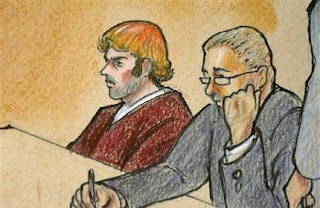 There are indications on the following recording that eyewitnesses saw another person help the shooter or was involved in the chaos caused by the shooting.


In terms of the space-time continuum, no telling where James Holmes felt he lived. Did he also experience multiple personalities?


Why did people say they saw more than one person involved with the Aurora shootings? Did Holmes have roommates? Who and how does Yeom Pyo Lee figure into the picture here? The answers to these questions would seem elementary to answer, now don't you think?

Posted by Loren Coleman at 8:33 AM

There's never a lone nut. In the case of Columbine there wasn't just two nuts. Like Ft Hood, DC Sniper, Son of Sam, JFK, RFK, MLK, etc there were multiple parties involved where the blame shifted to a scapegoat. The scapegoat was either tricked into being in the wrong place at the wrong time (James Earl Ray) or worked knowlingly or unknowingly as a part of the conspiracy without realizing that they were the one that the blame was going to get pinned to.

If Holmes indeed had roommates, then they certainly were party to him making the 30-odd bombs that were supposedly rigged in the apt in which they all lived, and witnessed the deliveries of multiple weapons, etc that were stashed in the place.

A good indicator of a fishy situation is when the investigation abruptly ends when the lone nut is caught and brought in. Textbook law enforcement states that it's only then that the real investigation begins. DAs put a lot of pressure on the detectives to make sure they have enough evidence to convict.

I wonder if you have seen the pic of the defendant compared with an older pic of Holmes?

To me they don't look anything the same. The shape of the nose seems quite different, which I don't think would be affected by orange hair dye.

The Gods on Mount Olympus are playing in the simulacrum pool.

Knight Capital is said to be a "fat finger" incident.

Let me loan you the power of mine eye

At the risk of redundancy, there are 3 PHOTOS which need be considered:

1 - Jimmy - dark-haired college photo - retouching candidate. Better to study his features on the vid of his college presentation.
2 - Redheaded Sex Freak online poster - retouching candidate. Unless there is a vid here, this photo is worthless.
3 - Redheaded Court Actor - Just plain is NOT the same person as the other 1 and 2 different persons. Looks like Actor James Spader (Stargate, The Secretary.)

Do NOT trust these photos, other than to study them for clues as to what is really being said here.

Is there more than one man involved here? Obviously there are MANY involved, including the planners and the 2-4 who carried out the act.

Where's the master's degree?
Why are the planners so sloppy and blatant about this all? So only those who are awake and intelligent can see what this horror of a nation has become, right down to planned massacres designed to 'study' the mass consciousness?

Only God can save us now.

Preface to comment: I do NOT believe that this is what is going on with the 3 different photos of 'the accused;' however, I think it is worth tossing around since it is a real phenomenon.

When one channels as a medium, which can be compared to schizophrenic episodes, and there are likely other instances as well, one's facial features, voice, posture, and generally speaking sense of self can manifest significantly different than when one is in one's 'normal' state of being. That said, if Jimmy is a victim of schizophrenic 'studies,' meaning forced induced schizophrenia, or some other form of chemical or hypnotic mind control experimentation, it would not be unreasonable to believe that his features and demeanor would change slightly to significantly to give you the 3 different levels we see in the 3 photos.

Again, I do NOT believe this is what is happening here, but it is something worth pondering.

Ask yourself please: Why did 'the accused' have a TOWEL placed on his head while being transferred to his cell?

Aurora/Arapahoe County law enforcement have proven themselves to be creep central, both police and sheriff's office. Former 19-year Arapahoe County Colorado Sheriff, who actually won a national award as SHERIFF OF THE YEAR IN 2001, was arrested/tried/convicted/serving time for meth drugs-for-sex charges.

Hello? Could this be part of the reason they chose Aurora, CO?

Re 'sealing the case'

Why close the coop? All the chickens have been let out.

Re 'the lone nut'

Law enforcement can't allow monsters to roam the quiet countryside, so, of course, there was only one according to them. Because they weren't supplied the others.

Dear Loren have you seen the 7/7 tribute that was censored by NBC during the opening ceremony of the Olympics?

Emeli Sandé sings Abide with Me, and people dance in front of a "setting sun".

The BBC commentator Hazel Irvine says, "The excitement of that moment in Singapore seven years ago when London won the Games was tempered with great sorrow the very next day, with the events on 7 July."

Also did you see the theater shooter page in the 1986 Batman comic on which the movie was based
with a red headed madman who keeps talking about a "whore"? So of course the the media keeps mentioning a prostitute in the Holmes case.

Sally Ride rode the Challenger which exploded in 1986. Sally Rides death was mentioned with the Batman shooting, which you point out happened on the anniversary of the moon landing. So this shooting is connected to Nasa just like the Jared Lee Loughner case, who shot an astronaut's wife.

The upcoming landing on the 'Red Planet' has been officially nicknamed the ''seven minutes of terror''.

In 1987 Batman Year One was published. It was also the first year of James Holmes life.

on July 20, 2012 National Geographic News published an article called ""Dramatic" New Maya Temple Found, Covered With Giant Faces". It says "the Temple of the Night Sun was a blood-red
beacon visible for miles and adorned with giant masks of the Maya sun god as a shark, blood drinker, and jaguar."

The Temple of the Night Sun was found behind the royal tomb on Diablo Pyramid. Brown University archaeologist Stephen Houston announced the discovery of the new temple on Thursday.

National Geographic also said: "One mask is sharklike, likely a reference to the sun rising from the Caribbean in the east, Houston said."

"The noonday sun is depicted as an ancient being with crossed eyes who drank blood . . ."

"In Maya culture the sun is closely associated with new beginnings . . . Houston explained."

Please comment on these things if you haven't yet. Thanks!

I think the statistic is that there is about 30 serial killers running loose in the U.S. at any given time. Of course this never makes the news for fear of causing panic i.e. Son of Sam.

If there were accomplices then most likely they either committed suicide or are planning something else. A breakout of James Holmes perhaps. There is a movie where a patsy was broken out of jail to incriminate him even further. I can't remember the name of the movie but I have a feeling it was a thriller from the late 90s.

A priest came out saying that it could have been demon possession. As the anonymous person above stated, a supernatural possession could cause facial features to contort. Still photo touch ups are the more likely culprit for this.