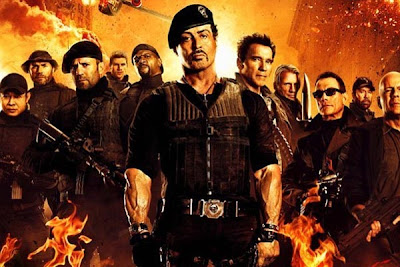 Theaters are gearing up for the first month anniversary of the July 20th movie shooting. Today, there were bomb threats to 233 theaters in 35 states.

As you will recall, the Aurora mass shooting left 12 dead and 58 injured at a Century 16 theater in Colorado.

Sparks on the Horizon 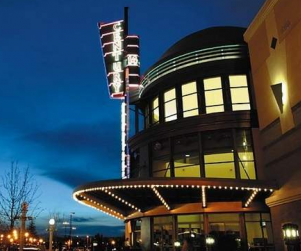 The same chain was hit again. It was at a Century 14 theater at 8:40 p.m. on Tuesday night, August 14th, in Nevada, which found another moviegoer hurt in a shooting. But this time it occurred when a 56-year-old man shot himself in the buttocks during a showing of The Bourne Legacy. 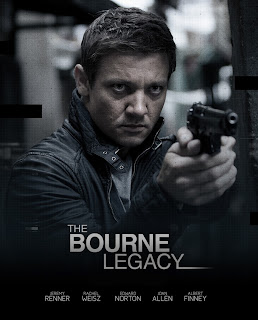 Witnesses inside the theater told officers the gun fell from the man's pocket as he was adjusting himself in the seat. It fired when the revolver dropped to the floor, striking him. 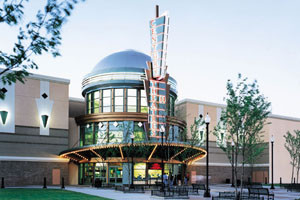 No one else was hurt in the theater at 1250 Victorian Avenue, Sparks, Nevada.

“There was no panic in the theater as only five people heard the shot out of the approximate 30 people in attendance,” police said. 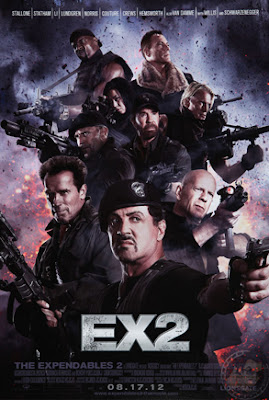 Then on Friday afternoon, August 17th, law enforcement authorities checked theaters in several states playing The Expendables 2. They were investigating several bomb threats made to a Georgia-based movie theater company. Callers identifying themselves as employees of a vendor used by Columbus-based Carmike Cinemas made the threats to theaters, Terrell Mayton, company spokesman, said Friday afternoon.

The threats were made in multiple states, but nothing suspicious was located, Mayton said. A threat was also phoned into the corporate office.

All of the threats concerned the action movie The Expendables 2, which opened Friday, Mayton said.

"We acted very quickly to make sure our patrons are safe," Mayton said by phone Friday afternoon.

Officers were dispatched to check Carmike theaters through the South. Carmike owns 233 theaters with 2,236 screens in 35 states. It the fourth largest theatre company in the United States. Carmike was founded when Carl L. Patrick, Sr. acquired Martin Theatres from Fuqua Industries in 1982. The theater name comes from a combination of Carl L. Patrick, Sr.'s two sons, Carl Jr. and Michael, hence Carmike.

Carmike theaters are largely positioned in rural or suburban areas with populations under 200,000. The company bills itself as "America's Hometown Theater." 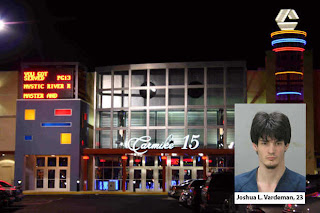 The Atlanta Journal-Constitution, in a coincidence (?), reported a man carrying a gun and knives was arrested Thursday night, August 16th, at the Carmike 15 theater in Columbus, Georgia. Investigators said they do not believe the 23-year-old man is responsible for the bomb threats. 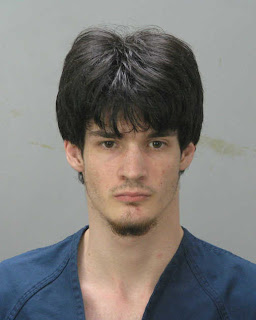 Joshua L. Vardeman, 23, who faces three misdemeanor charges, had purchased a ticket for a special screening of The Expendables 2 and tried to enter carrying a computer bag, police said.

Vardeman was stopped by an officer, who found a 9 mm automatic handgun and several bullets.

Investigators also searched Vardeman's car and home, but no explosive devices were found. Vardeman was released from jail at 5 a.m. after posting $1,076 bond, police said.

Not Batman, But Are Bats Expendable?

The Expendables 2, which opened Friday, stars Sylvester Stallone, Jason Statham, Jet Li, Dolph Lundgren, Chuck Norris, Randy Couture, Terry Crews, Liam Hemsworth, Jean-Claude Van Damme, Bruce Willis, and Arnold Schwarzenegger. In this sequel, the mercenary group gets together for what they think is an easy paycheck, but when one of the crew is murdered on the job, the quest for revenge puts them deep into enemy territory. 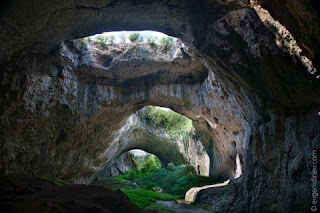 The Devetashka cave is considered to be one
of the most significant natural habitats
of bats in Europe. Photo by Evgenidinev


On November 16, 2011, the production received a fine (of between $343–$3,440) from the Bulgarian environmental protection agency for unlawfully removing shrubs and small trees from the entrance of Devetashka Cave. Although permits had been obtained, allowing sets to be built in the area, including a bridge directly to the cave, environmentalists complained that filming may damage the cave, the habitat of approximately 40 endangered species. To avoid further problems, the producers agreed to not film explosions, car chases and fires near the cave.However, later that month Bulgarian environmentalists claimed that the bat population in the cave had been reduced by up to three quarters-from approximately 30,000 recorded in 2010 to 8,000 in 2011. Nikolay Simov of the Center for Bat Studies and Protection at the Bulgarian Academy of Sciences blamed The Expendables 2's production for the reduction...On February 23, 2012, a Bulgarian court ruled that the crew had violated the law of their filming permit.

Kun Liu, a Chinese stuntman, was killed in Bulgaria on October 27, 2011, during the making of The Expendables 2. The stunt took place on the Ognyanovo Reservoir/Dam in the town of Elin Pelin, according to the Hollywood Reporter. 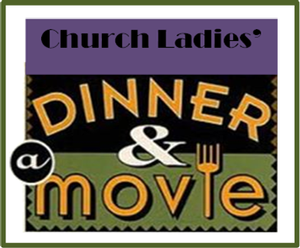 August 17th is another Friday, another opening for new movies, and a New Moon. In between, the Sikh Temple shooting happened on a Sunday, August 5th, near the two week anniversary.

On August 10th, in "Religious Red Dawn?," I wrote, "Will August 19th (a Sunday) or August 20th (Monday, the calendar month anniversary since the Aurora red dawn event) be especially dangerous? The shooters' killing clocks work much differently than yours and mine. We need to be aware."

As I continued, on the 10th, "The conjunction of several threads are coming together when you begin to realize that many religious groups are holding their services in movie theaters during non-movie mornings."
Be alert. Be safe.

Posted by Loren Coleman at 9:48 PM

I sometimes wonder if some of these people are carrying a gun to theaters thinking they need to to protect themselves. Anyway, I think this stuff will escalate all the way to the election. A lot of it will become racial.

Shocking but true, I would not put it past the studios to be fueling this effect by hiring someone to call 'the corporate offices' of these cinema chains - its great publicity, and if you know anything about how the movie company PR machine works you will be in no doubt. Of course, this does not negate the fact of a copycat effect taking place within this anyway I believe.

The piece about damaging the Bat Cave in Bulgaria is so ironic!!

It's all a conspiracy by Netflix. Okay, now that my tongue is out of my cheek . . .

I live in a city that is experiencing a record level of random gun violence in 2012. I think we simply cannot discount the sorry state of the US economy and the stress that has provoked in so many Americans, leading some more fragile psyches to snap.

Yes, mass shootings seem to have become a part of the culture of the Western developed world, but looking at what's going on where I live, in a way the gun violence here is a discrediting of local leaders who keep denying there's any economic distress in our region, even when the signs are everywhere and can be readily seen.

Our state has some of the highest unemployment rates in the US, yet our local media and civic leaders simply don’t comment on the devastating effect this is having on many families. Instead it's all happy talk and empty-headed boosterism no matter what local media outlet you access.

Both political parties and US corporate leadership have their heads buried in quicksand, blind to the anger that is beginning to simmer below the surface. People won’t remain stunned and despondent by their sudden loss of fortunes and futures forever. Eventually they'll get angry and that anger can be deflected onto straw men (the racial/illegal card) for only so long.

I agree with Chris that we’ll see an escalation in violence. But, I don’t believe it will decline after the election if no matter which party takes control the economy doesn’t improve for the majority of Americans quickly thereafter.

Excellent coverage on these topics Loren!

here's a full length documentary that some individual on youtube put together. Strange and interesting and extremely conspiratorial but contains some great NEWS coverage of the events.