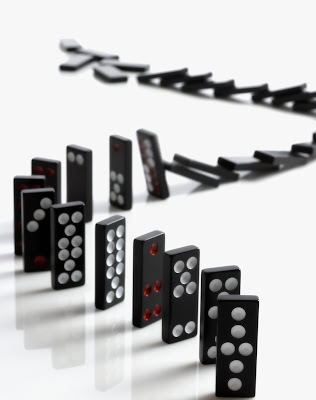 People online are making the mistake of saying the Sikh Temple incident is not a copycat of the Aurora red dawn event. In general, there appears to be a general misunderstanding of the form that outbursts of contagion can take during a time of increased levels of violence. The modeling of killings to the vulnerable/violent/suicidal individuals, as expressed by these rare few people who engage in these behaviors, can present in many ways. The Aurora violence and resulting media attention was the eruption, and the minor and major seismic waves, including the significant Oak Creek shooting, are the ripples from that initial, renewed activity. These patterns are predictable, and they can take many articulations.

Here is how I stated my sense of what's going on during times like what we are seeing right now, from my book, The Copycat Effect (NY: Simon and Schuster, 2004):

It became clear by the late 1990s that reports of workplace violence were not always just followed by other copycats of workplace incidents a day or a week later, but sometimes by other forms of mass and rampage violence as well. For example in the first week of November 1999, two workplace shootings on a Tuesday and a Wednesday shook the United States, which was already reeling from a long string of office and school killings for the year. In Seattle and Honolulu, the families of nine victims grieved as observers debated how to keep violence out of public settings traditionally considered safe. In Honolulu, seven people were shot to death when Xerox technician Brian Uyesugi walked into a second-floor meeting room of the Xerox's offices and opened fire. He shot all the victims at close range with a 9mm handgun. 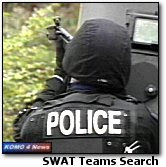 In Seattle, the next day a gunman shot and killed two men and wounded two others in a shipyard office. Wearing a dark trench coat over camouflage clothing, the gunman had walked into the Northlake Shipyard building and proceeded down a long hallway and into a back office before wordlessly opening fire and shooting all four men in the room with a 9mm semi-automatic handgun. Two 9 mm guns, two Pacific Rim cities, two days of killings. Ten days later, another school shooting occurred in New Mexico.
One type of copycat event was reinforcing another—and people were beginning to take notice.
In early July 2003, author Kate Randall, writing in WSW News, observed that in “the past week has witnessed an uncommonly large number of violent incidents—including two workplace shootings, murder-suicides and multiple homicides. Three teenagers were also arrested for allegedly plotting a killing rampage. Between July 1 and July 8, 20 individuals were killed in these incidents and another 14 wounded… Also on July 8, police found the bodies of four people, apparent victims of a murder-suicide, in a small, well-kept ranch-style home in Magnolia, N.J.…Another multiple shooting was discovered on July 8, this time in Bakersfield, Calif. The bodies of a grandmother, mother and three young children were all found shot dead in their home.”
When such clustering occurs, with its mix of violence types, the copycatting is spreading from one type of incident to another. "Absolutely, there's a copycat aspect to workplace violence," James Alan Fox, a criminologist at Northeastern University in Boston, told the Christian Science Monitor in 2001. "There's a copycat aspect to virtually all high-profile, high-visibility crimes."


To more clearly explain the "copycat effect," here is this section, also from The Copycat Effect:

The pattern is called the “copycat effect.” It is also known as “imitation” or the “contagion effect.” And what it deals with is the power of the mass communication and culture to create an epidemic of similar behaviors.
The copycat effect is the dirty little secret of the media. That doesn’t prevent the media from calling the various epidemics of similar behaviors the “copycat” phenomenon, often for shock impact. But curiously, their use of the phrase seems to put a distance between the events and the reporting media, and allows them the stance that implies we are not part of the problem. But they are. 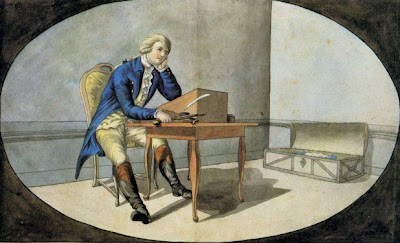 Sociologists studying the media and the cultural contagion of suicidal behaviors were the first to recognize the copycat effect. In 1974, University of California at San Diego sociologist David P. Phillips coined the phrase, “The Werther Effect,” to describe the copycat phenomenon. The word “Werther” comes from a 1774 novel, The Sorrows of Young Werther, written by Johann Wolfgang von Goethe, the author of Faust. In the story, the youthful character Werther falls in love with a woman who is promised to another. Always melodramatic, Werther decides that his life cannot go on, and that his love is lost. He then dresses in boots, a blue coat, and a yellow vest, sits at his desk with an open book, and, literally at the 11th hour, shoots himself. In the years that followed, throughout Europe, so many young men shot themselves while dressed as Werther had been and seated at their writing desks with an open copy of The Sorrows of Young Werther in front of them, that the book was banned in Italy, Germany, and Denmark.
Though an awareness of this phenomenon has been around for centuries, Phillips was the first to conduct formal studies suggesting that the Werther Effect was, indeed, a reality--that massive media attention and the retelling of the specific details of a suicide (or, in some cases, untimely deaths) could increase the number of suicides. 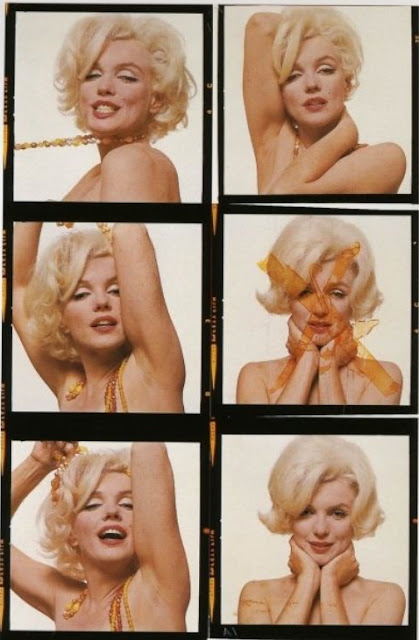 The August 1962 suicide of Marilyn Monroe presents a classic modern day example of the Werther Effect. In the month that followed it, one hundred, ninety-seven individual suicides – mostly of young, blonde women -- appear to have used the Hollywood star's suicide as a model for their own. The overall suicide rate in the US increased by 12 percent for the month after the news of Monroe’s suicide. But, as Phillips and others discovered, there was no corresponding decrease in suicides after the increase from the Marilyn Monroe-effect suicides. In other words, the star’s suicide actually appeared to have caused a whole population of vulnerable individuals to complete their own deaths, over and above what would be normally expected. This is the copycat effect working with a vengeance.

* * *
Please see the updated "Aurora Copycat Effect: The Complete List" by clicking here. One of the recent copycats you might not have read about includes a man with the ghostly name Casper in Eagan, Minnesota. Recall that alleged Aurora suspect's name is James Eagan Holmes. Casper yelled to the police officers, as he was being arrested, that he should be the "Joker," and "I wouldn't own a gun, but if I did, I would do what Holmes did. I would blow people away. Put me in jail for the rest of my life, I don't care. Put me in jail with criminals. I grab them by the throat and kill them." 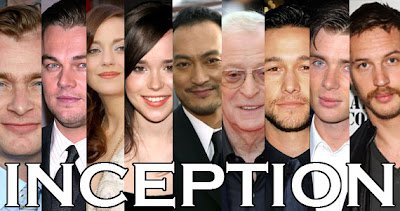 The overlapping ensemble cast between Inception and The Dark Knight trilogy, all Christopher Nolan films, is quite evident. One movie of Nolan's is a sychophant of the other, and is the elephant in the middle of the room. "I'm going to improvise. Listen, there's something you should know about me... about inception. An idea is like a virus, resilient, highly contagious. The smallest seed
of an idea can grow. It can grow to define or destroy you."
~ Christopher Nolan, Inception (2010). 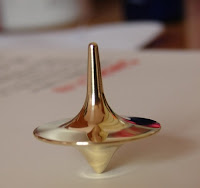 I've been following your work for a long time, having found your blog through the CFZ, and I feel like chiming in. I find it interesting that Cillian Murphy (if I remember the name correctly), was in both Inception, and also
starred in 28 Days Later, a "zombie" movie, which focuses on Rage as a contagion.

Alfred: Why don't you hire them and take the weekend off?

Bruce: That wasn't exactly what I had in mind when I said I wanted to inspire people.

It looks like the effect is still going strong. A mosque was burned down in Missouri earlier. Do you think this means that there will be a wave of race fueled attacks in the near future?

I totally believe this 'effect' is real. Someone is sitting in their living rom, they're upset, they can't cope with their world, they have nowhere to turn, but the tv news is on in the background. They hear a report of a suicide and then a sort of Eureka momement occurs to them...they know that they could do it too, it's the only answer!

Please remove my comment if you think it's unsuitable, I was just giving an example of how I see the CE. Its so easy for a distressed person to be drawn to it.

Here is another sync for the pile:

Besides Wade Michael Page, another Page has been making the news this week: Ellen Page. She has been receiving death threats via Twitter, and the LAPD are investigating. Miss Page is the star of an upcoming PlayStation 3 game called Beyond: Two Souls, in which she plays a character named Jodie Holmes.

I've also been seeing references too much these days with Kristen Stewart - Robert Pattinson.

MicroSoft's Bing search engine highlighted on August 5, 2012, 50th Anniversary of Marilyn Monroe's 'death' (still not an official 'suicide' in most minds), followed closely by Blu-Ray releases of her movies.

More than her movies, which were mediocre at best, she is more (in)famously associated with both JFK and RFK.

It seems this force is too strong to be allowed to die.

'Kristen Stewart - Robert Pattinson'
I truly do not know of these people are, but they are leading me to 'Patrick Stewart' of Jean Luc Picard fame. See my post on Coleman's Romney's pic(k).

Also, I felt the Natalie Portman news was creepy. The face of the man she married 'in secret', and after she meets him on 'Black Swan' and they have a son together. Check out the child-character she plays when she started out her 'career' in 'The Professional.'

Is this an enigma, an oxymoron, or a paradigm?

"The MEDICATIONS were working..."

Government Mind Control: Forced Psychiatry (including DRUGS) as a form of Gun Control.

That is what all of this is about.
I think I am about done.

Watch for whoever that person is in the Aurora Shootings to be FORCIBLY GOVERNMENT MEDICATED so they can obtain a plea that works with their agenda.

There now, don't we all feel better?

Get God-Centered!
And that will *never* happen with drugs.