Summer of the Gun 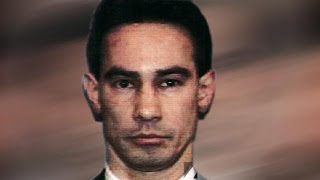 Jeffrey T. Johnson will forever be known as the Empire State Building Shooter who disturbed New York City during the Summer of the Gun. A fan of McDonald's breakfasts, of a grey suit, and of painting pirate art for his teeshirt company, we are being told Johnson simmered for a year. Then he committed a murder during a moment of workplace violence at his former job site, Hazan Imports. Johnson was taken out via "suicide by cop." Nine bystanders were injured in seconds, during the firefight across the street from the Empire State Building.

The Empire State Building shooter apparently "opened fire across from the Legends Bar. Of course, Ridley Scott [Tony Scott's brother] directed the 1985 film, Legend. It's a very interesting word from the point of view of ritual sacrifice," writes correspondent Matthew Bell. He further shares the definition below.

"Legend" derives from the Latin "legendus" (from "legō," or "pick out, select") which has an interesting semantic range. From Wiktionary, "legendus" can designate that:

How do we put all of this in context? Humans, via their words and media, come up with umbrella terms, of course. 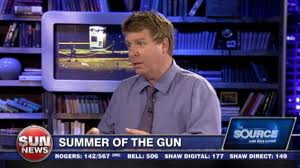 As long ago as early July 2012, Sun News television commentaries in Canada were using the term "Summer of the Gun." Joe Warmington's “summer of the gun” commentary was called "fear mongering," even as Canada's increasing gang fights and gun violence skyrocketed. 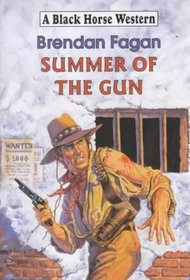 The phrase "Summer of the Gun" is a natural one, of course. For example, a Western novel used it as a book title in 2000. Many people have employed it in 2012.

After the red dawn event of Colorado's Aurora on July 20, 2012, the USA, then North America, and finally the world, woke up to the unique period of violence in which we find ourselves. By August 2012, several media outlets, like the Atlantic, began using "The Summer of the Gun."

The non-stop wall-to-wall coverage, however, caused some thoughts on "Going Numb in the Summer of the Gun," as the Atlantic Wire termed it. By the time Secret Sun's Christopher Loring Knowles used it to mention his radio appearance on August 24, 2012, the phrase had gained widespread use.

After the fatal shootings at Aurora (13 dead), Pendleton (2 dead), Oak Creek (8 dead), College Station (3 dead), and Empire State Building (2 dead), combined with a recent rash of "insider" or "green on blue" shootings occurring in Afghanistan and Mexico, you do get the idea that people are being pushed over the edge. Even gang violence, whether in Canada or Chicago or LA, is being highlighted and seems to be increasing. "Summer of the Gun" is a logical moniker for the media to employ.

I noted in my 2003 book, The Copycat Effect, that we have seen something like this before. During the warm months of 2001, in the Northern Hemisphere, the "if it bleeds, its leads" media called that period the "Summer of the Shark." It was also the "Summer of the Gators" too, from fatal attacks caused by alligators (mostly in Florida) and by sharks (in several locations). These deaths were all over the news. The shark attacks even got a cover on Time. Strangely, this happened after an intense time of school shootings, from 1999-2001. 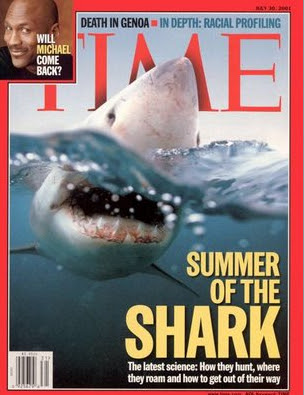 Besides the shark attacks, several highly publicized deadly alligator encounters happened during the summer of 2001 in the Sunshine State. Few read of the final fatal alligator attack that year (that we know about). It happened on September 11, 2001, and it was buried in the events of that day outside of Florida.

What occurred to end the "Summer of the Shark" and the "Summer of the Gators"? 9/11 happened. The media changed their focus to the attack on the Twin Towers, and our war in Afghanistan (you know, the one that's still going on). The news organizations did not have energy for sharks and alligators. But also, they quit reporting on school shootings. Actual school shootings, relatively speaking, disappeared for almost 18 months from the American media, and from taking place.

The media gets tired of its own news. The article about "Going Numb in the Summer of the Gun" says as much about the media as it does about people on the street. Ask people in New York City, and they will still tell you they are super-aware of events that might be another terrorist attack. Talk to people going to theaters this week. They are very alert to random noises and who is sitting behind them. The media moves on. People don't, necessarily.

The media is growing bored with the mass shootings. They are looking for a hurricane (Isaac?), a war (Israel vs Iran?), or a political assassination (fill in?) to change their concentration. Watch. It will happen.

I'm not saying this won't be a bad thing (the shift, not the source of the shift). After all, there may be less copycats in the wake of Aurora because of a change in the mainstream focus.  But, frankly, I like to be conscious of how I am being manipulated.

A good piece. Of course, everything you point out is true. Life does follow art and art follows life.

For example, as a child I wanted to be a cowboy, and a scout in Custer's army. This cannot help but be due to the heroes I garnered on the big screen at the Star Theater in Amarillo, Texas, beginning at about age six or so. I recall it all quite well.

The clincher is that, one day, in 1958, at age 18, I was sitting on the barracks step of the platoon I was assigned at Ft. Benning, Ga, and looking down at my arm that carried two stripes. In that moment I realized that I was a Scout in George Custer's 7th U.S. Cavalry, a military outfit that had never "lost its colors" or been de-commissioned, the very same 7th Cavalry as the stylized movie version I admired so much as a boy and prayed that God would make me a Scout in Custer's army.

In the modern version of the 7th Cavalry, my job was identical to the one I had admired so much as a child. I was trained to penetrate behind enemy lines and set up observation posts in order to locate important enemy positions and direct air, artillery and mortar strikes on enemy positions, basically, the same as my childhood hero scouts had done.

I do not only "believe" that life follows art and art follows life, I know they do, as the above is but one of many other such instances I can recount, not only about myself, but others I have known and discussed cases with.

And so I think you have hit on an important reality that gets far too little notice.

BFD! Custer and his 7th Cavalry were a disgrace to the US Army and should have "lost its colors" and be de-commissioned. So it never lost its colors - WTF? Who freaking cares at this point! You apparently do, which is pathetic. Did you ever serve in a war? No. And even if you did, it would have been fighting for the banksters that have always controlled our military forces. You get no respect from me!