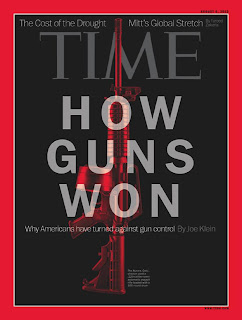 The early reports were sketchy. But now we know what the Sikh temple shooter was. He allegedly was an Army veteran, a racist, a supremacist, and a murderer. He sported a 9/11 tattoo. He lived on Holmes Avenue. Considering that James Holmes is the alleged shooter in Aurora, that is the kind of coincidence even a scriptwriter would be told not to put into a movie.

We also know the who. Sources have identified the dead suspect as Wade Michael Page. Reportedly, he was formerly connected to the Fort Bragg Army base at Fayetteville, North Carolina.

The UK's Daily Mail reported, "The lone gunman, who was shot down outside the temple, was allegedly wearing tactical gear and was armed with a single handgun. He was described by witnesses as a white male in his thirties."

The days of late have been framed by breaking news, screaming headlines, and visual overkill, from Oak Creek, Aurora, and Tucson. Is there any surprise that copycat violence is back in the news? 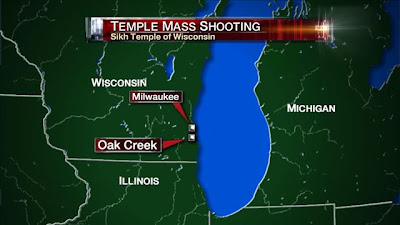 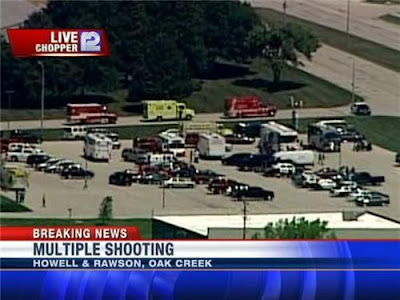 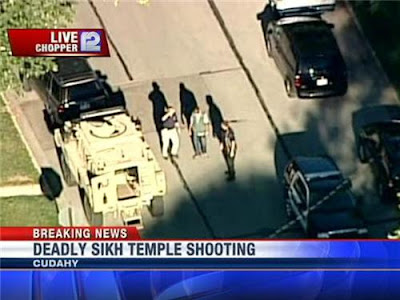 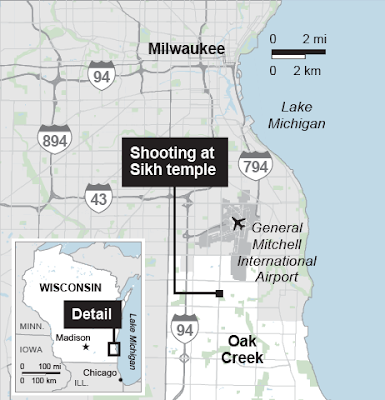 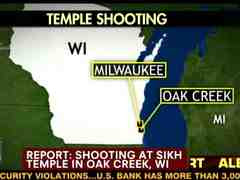 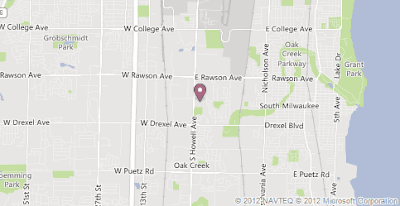 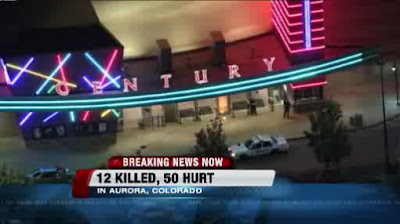 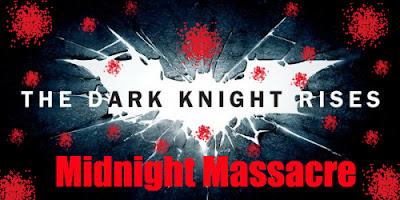 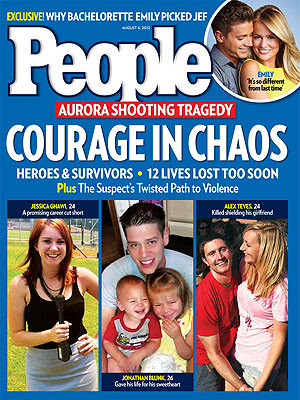 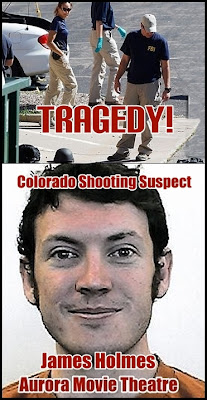 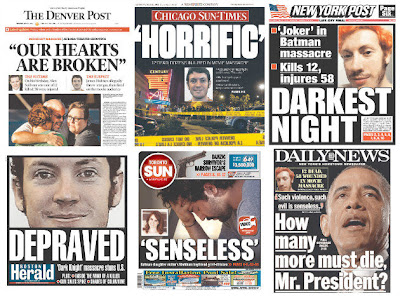 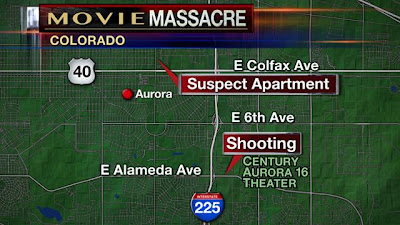 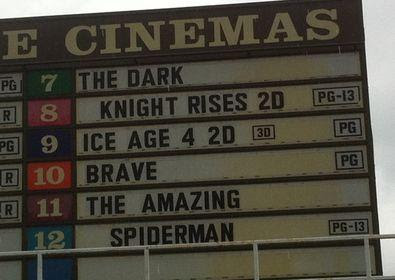 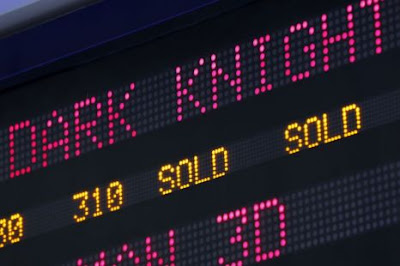 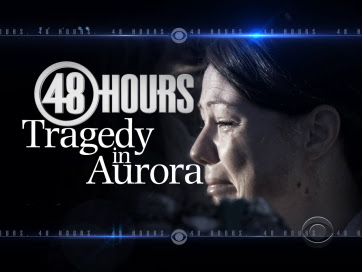 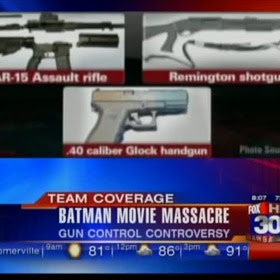 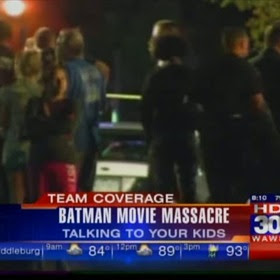 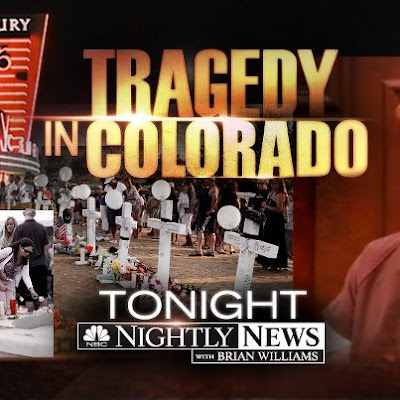 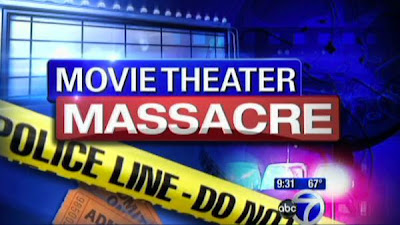 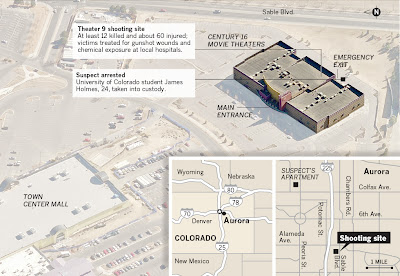 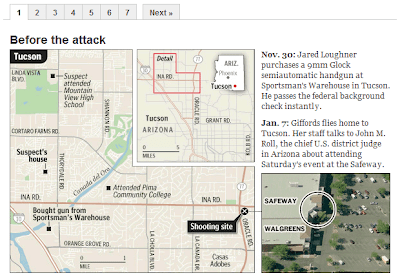 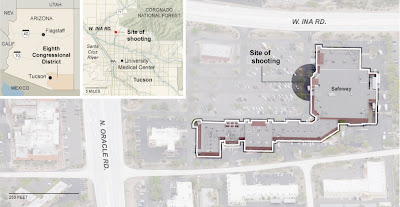 ***
Remember the Tube poster from the Olympics, the one with the red-haired figure in it? (See at the bottom of this posting.) Well, look over to the right, separate and alone. That person there is a Sikh. 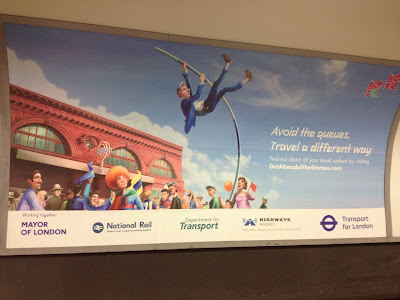 Posted by Loren Coleman at 7:24 AM

I would guess that the word 'Temple' will now have added significance as it is banded about the universal news services for days and months.

Another shooter with three names?Asking the obvious!

I'm so sad for the temple's congregants. The first man to die in a reprisal attack after 9/11 was a Sikh, too. Some of my friends in Maryland are Sikh--and it just burns me up that hateful idiots equate them with Muslim extremists because of what they look like. My Sikh friends are some of the most generous, loving people. (That goes for my Muslim friends from Pakistan, too, now that I think on it.) It just makes me angry and ashamed of white people.

A man suspected of killing six people in an attack on a Sikh place of worship near Milwaukee was a former US Army "psychological operations specialist", the Pentagon has said.

Seems he was a white supremacist? And was originally from Colorado?

Travelling across Midwestern United States with his adoptive family, Lane finally settled in Aurora, Colorado, where he attended Hinkley High School.[4] Originally aspiring to become a golf professional,[4] Lane worked as real estate broker until his license was revoked because, he "wouldn't sell homes to coloreds in white neighborhoods."[5]

Lane met Robert Jay Mathews in July 1983 at the Aryan Nations world congress.[6] On September 22, 1983, Lane was among the nine founding members to be sworn into The Order, a group which dedicated itself to delivering "our people from the Jew and bring total victory to the Aryan race."[7] The Order was accused of stealing over $4.1 million in armored car hijackings, killing two people, detonating bombs, counterfeiting money, organizing militaristic training camps and carrying out numerous other crimes with the ultimate goal of overthrowing the United States government
http://en.wikipedia.org/wiki/David_Lane_(white_nationalist)#cite_note-autogenerated2-3

Marie, it's the media that uses the three names to help distinguish the madman killer from other people named Wade Page. Lee Harvey Oswald didn't go around calling himself "Lee Harvey Oswald"

@anon - I get what you mean, but like myself and many people I know, we simply don't have middle names. So is it a prerequisite to have a middle name when you're a 'shooter'...just an observation really!

"Page said he was born in Colorado..."

Did *any* witness actually see alleged WI Shooter Page shooting inside the temple? Again, apprehended outside the building, just as in Aurora, CO Shooter.

Only a government can be racist. An individual is just expressing an opinion.

The 3 names is significant.

James Eagan Holmes is known as 'Jimmy' to his family & friends.

Jeffrey Dahmer does not seem to need 3 names. In fact, Dahmer alone is enough to conjure him up.

"Authorities confirmed he had tattoos but said they were not sure exactly what the tattoos illustrated."

Nevertheless, the propaganda of 9/11 has already been implanted in weak minds.

"As the President (sic) said, we need to have a conversation about these gun laws and the mental-health system..."

People, for the Love of God, please wake up and smell the set-ups herein these two recent shootings.

The Sikh in the picture is standing behind a red flag, defined by The Free Dictionary as:

1. A warning signal.
2. Something that demands attention or provokes an irritated reaction.

God still speaks to those who listen.

(3) And my personal favorite as of now, the poster w/ the Sikh 'singled out' from the crowd and ID'd by a woman waving a red flag.

"The gunman is worse than the one at the theater a couple of weeks ago because he TARGETED AN ENTIRE COMMUNITY, said temple member..." (emphasis mine)

Thanks, Coleman!
From the wildly good movie "Trading Places" with Coleman the British Butler who ID's the way through by suggesting, if you can't stop them, then beat them to it, all the while serving up eggnog! Who still drinks eggnog? I do. But I've never been on MySpace. ;)

Still loving the Olympiad poster with the redhead, Sikh and woman.

Please provide a link, as I cannot locate it online, and I definitely want to study it further.

The *only* other poster-type art that may even remotely be more interesting right now than this Olympiad poster are the Denver International Airport DIA murals. Definitely check them out.