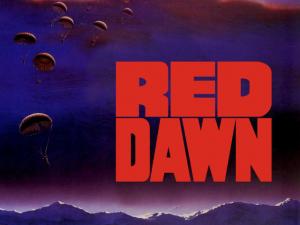 Thor comes to Red Dawn. And the Wolverines return. Filmed in one Superman's birthplace. Released the day before the anniversary of the assassination of JFK.

On Friday, I saw Total Recall (which made me think of Blade Runner throughout all its rainy, congested Asian-filled Colony scenes). But before that new feature film about mind control, there was the first showing of the trailer for Red Dawn. A movie trailer about an invading Asian army was being shown before another film about an invading army. Marketing.

Principal photography began for the new Red Dawn in September 2009, in Mount Clemens, Michigan. Historically, Mount Clemens' largest industry use to be the mineral baths that were scattered throughout the city from 1873 until 1974. The city once encompassed 11 bathhouses and several hotels at its peak. The first bathhouse was built in 1873 and was known as “The Original” and was located on the corner of Jones and Water Street. The bathhouse remained until 1883 when the building burned, yet was rebuilt in 1884 and accommodated larger crowds. Over the years, noted visitors such as film actors Clark Gable and Mae West, athletes Babe Ruth and Jack Dempsey, news magnate William Randolph Hearst, and the Vanderbilt family vacationed in the city for the bath industry. 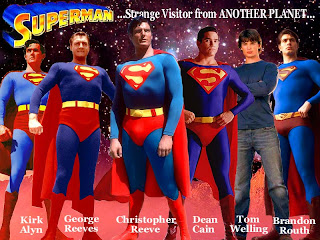 One of most well-known recent residents born in Mount Clemens is Dean Cain (born Dean George Tanaka; July 31, 1966), the actor who is most famous for starring as Clark Kent/Superman in Lois & Clark: The New Adventures of Superman. Cain ended up moving to Santa Monica, California, and playing on the baseball team there with Charlie Sheen, who in 1984 would be a character in the first Red Dawn. Cain is also remembered as the host of Ripley's Believe It Or Not! from 1999-2003. 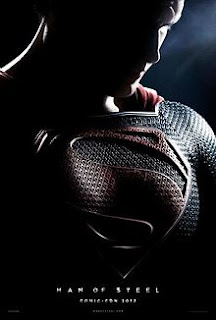 The other trailer after the one for Red Dawn? Man of Steel, the new Superman movie, due Summer 2013.

Needless to say, after all I've written here lately about Colorado Aurora (red dawn), the timing seemed strange that after delaying the Red Dawn film from 2009-2010, now is the year this repeat of the 1984 political thriller is going to be released. After the 2012 election. 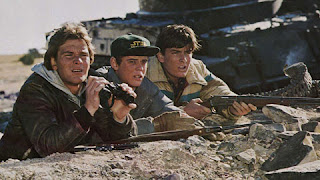 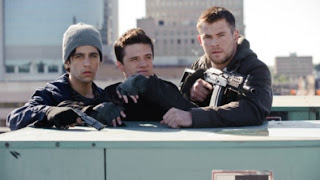 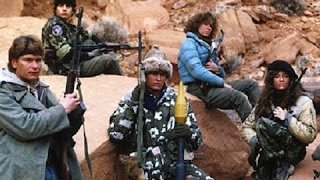 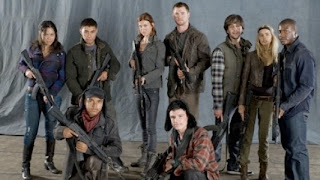 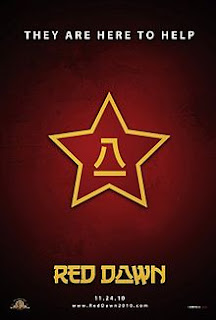 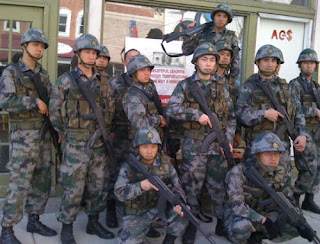 Chinese invaders were part of the story for the 2009 filmmaking. But Red Dawn was not released in 2010. Now Northern Korean invaders have been edited in for the November 21, 2012 release. 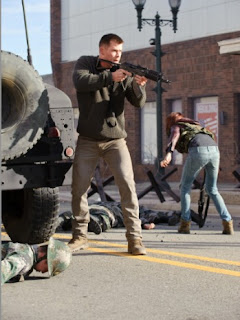 The lead hero Jed Eckert (meaning, "strong," "brave," with the Scottish Eckert clan, also spelled Urquhart, being from Loch Ness, Scotland) is played by Chris Hemsworth. He has recently played Thor in three Thor/Avengers movies and the Huntsman in Snow White and the Huntsman. 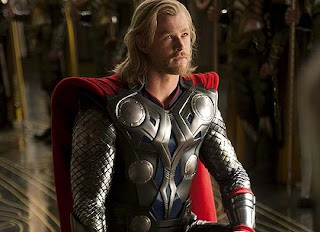 Before Thor, the youthful Australian actor was a virtual unknown here in the United States. But he played “Kim Hyde” on 171 episodes of Home and Away, the successful Australian TV series where Heath Ledger (the Joker in The Dark Knight) started. Hemsworth is doing a sequel, Thor: The Dark World, which is set for release November 8, 2013. Natalie Portman plays "Jane Foster," an astrophysicist and Thor's love interest.


It apparently continues to be a time for comic book superheroes and cinematic wars. The red dawn this way comes.

"You remind me of someone...
a man I met in a half-remembered dream.
He was possessed of some radical notions."
~ Christopher Nolan, Inception

I recently pointed out that Superman's aunt is named Alura, very close to "Aurora". This Alura is the mother of Supergirl. The 1984 movie, Supergirl, has this Alura character played by Mia Farrow of Rosemary's Baby fame.

Mia Farrow is mother of both Rosemary's Baby and Supergirl, making them synchromystically the same character, or at least highly resonant with each other.

The new Superman will come to Earth in 2013, and China is planning to send a lunar probe that year as well.

"On Sunday night, millions of miles away, a nail-biter of a landing will be executed—or not—on Mars. The Mars rover, Curiosity, which has been traveling to the distant planet for the past eight-and-a-half months, will land on the red planet by remote control.

To stick the landing, the car-size rover must successfully slow down from 13,000 mph to zero in seven minutes, or "Seven Minutes of Terror," as the wildly popular video from NASA explains—which you can watch above."

It seems, though, that Mars will not be part of the plot in the 2012 version.

In an above comment, aferrismoon says: "It seems, though, that Mars will not be part of the plot in the 2012 version."

While aferrismoon is technically correct, there is a mention in the current movie of Mars, as a homage to the previous film version of Total Recall. Indeed, there are several hints (or "in-jokes") references to the 1990 film, throughout the 2012 one.

Christopher Nolan is involved in writing and producing
"Man of Steel",too.
Even if he is not directing it.

"Everything changed on May 27, 1995. Reeve was at a competition in Virginia when his horse, Eastern Express, came to an inexplicable and abrupt halt before an easy, 3-foot jump."

Simply noting synchronicities relegates one to neutrality, tepidity, and not much more use than a pre-printed calendar. Using one's mind to decipher and hence prepare both physically and spiritually for what the Universe sends this way as designed through REPs, and many of our own making, is that which the human mind is intended for.

The Evil Force has attempted (significantly past tense) to kill off the world's original superhero ('compassion' linked w/ 'competence'), particularly showing its hand through Evil's inherent and eternal stupidity using the 'Eastern Express.' 'The One,' any one, who is able (translates to willing) to overcome 'mind control' will redeem oneself.

CONCLUSION: Evil is inherently eternally stupid and, therefore, will never, ever win.

Thanks for tidying up my loose writing.

Re" mars and Dawn, Carlo Suares in his Qabala studies claims:

"Planet: Mars/Meadim: Adam (Aleph
Adam faces his future in Qedem, the East in East of Eden "

A bit technical but nevertheless 'Mars' linked to 'Dawn'/

Got info about TR from wiki, they didn't bother with mentioning Mars

Dear Loren,
I recently wrote on my Syncblog about the connection of James Holmes and Heimdall, the guardian of the Rainbow Bridge,
Heim in German means Home/House.
Maybe this is of interest for you.

Re:
"which made me think of Blade Runner throughout all its rainy, congested Asian-filled Colony scenes."

You might want to check out this 'Blade Runner' connection to the London Olympics?

"Making history: Oscar Pistorius, the Blade Runner, became the first athlete to compete at the Olympics with prosthetic legs."

The upper part of the stylized letter "A" in the new Red Dawn poster is the Chinese numeral 八 (ba), meaning "eight." Looking this character up in a Chinese-English dictionary yields very interesting results:

And the idiom 八字还没一撇 -- lit. "There is not even the first stroke of the character eight," meaning "things have not even begun to take shape."

The single line underneath the character eight could be yi, the numeral one. Perhaps the first stroke has appeared, and things are beginning to take shape as predicted?