Another Aurora Copycat? Or Overreaction? 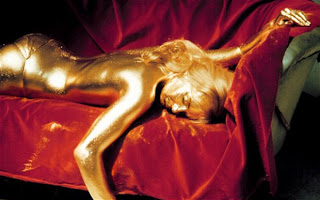 The name Alemar is of Arabic origin, meaning "coated in gold." 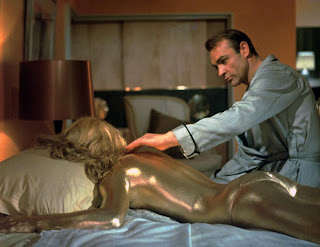 Alemar is a form of the Spanish name Alamar.

West Virginia law enforcement authorities feel they had a potential domestic terrorist on their hands on Monday, August 20, 2012, and several media outlets used the phrase "Aurora copycat" in their headlines. The incident unfolded in Martinsburg, West Virginia.

The Journal of Martinsburg noted:

A man wearing body armor and armed with an AR-15 training rifle, two knives and several unloaded magazines was arrested...after he was seen running in the area of Bulldog Boulevard, police said.
At about 7:17 a.m. [on Monday, August 20, 2012], the Martinsburg Police Department received several calls in regards to an individual running and carrying a rifle near the area of Bulldog Boulevard and Raleigh Street in Martinsburg.
"One of our primary concerns was that he was sighted in the general proximity or area of the high school on Bulldog Boulevard and we also believe that's what generated a lot of calls," Detective Lt. G.B. Swartwood said. 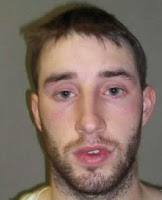 Officers responded to the scene and located the man, later identified as 23-year-old William Everett Alemar, of South Raleigh Street, near the intersection of Silver Lane and Raleigh Street. When Patrolman M. Jones, Patrolman C.M. Richmond and Patrolman First Class E. Herb encountered the individual, he was dressed in full military desert camouflage and a ballistic vest and with what appeared to be an assault rifle across his chest, police said.
All three officers engaged Alemar at gunpoint and ordered him to his knees to be taken into custody.
"The subject was then ordered to lie prone on the ground and the officers secured his weapon an AR-15(M-4) training rifle. The suspect also had two knives and several unloaded magazines, (and) his ballistic vest also contained ceramic panels to make it more bullet resistant," a police news release said.

The entire news item can be read here.

Alemar was charged with "committing a terroristic act under 61-6-24 subsection (b) and subsection (d) of the West Virginia State Code." 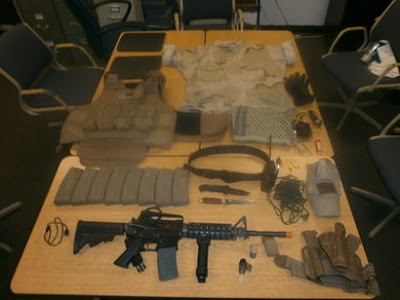 Police executed a search warrant at Alemar's apartment, located at 1013 S. Raleigh Street in Martinsburg. The department utilized a Loudoun County, Va., explosive detection K-9 due to concerns regarding the possibility of explosives. No explosives were located, but more military equipment and a pistol were located and seized as evidence, police said.

Stephen Alemar told The Hagerstown Herald-Mail that he believes his 23-year-old son, William Alemar, was just trying to stay in shape for his next military assignment when he was arrested near two Martinsburg schools on Monday. The younger Alemar is a member of the Virginia National Guard who served a tour of duty in Iraq.

The Octopus: The Secret Government and Death of Danny Casolaro (1996) by Kenn Thomas and Jim Keith, details the strange and mysterious death of Danny Casolaro, who was an American freelance writer who came to public attention in 1991 when he was found dead in a bathtub in Room 517 at the Sheraton Hotel, Martinsburg, West Virginia. Casolaro's wrists were slashed 10–12 times, and Thomas and Keith write that the death was a "fake suicide."

"Martinsburg was founded in 1778 by General Adam Stephen who named it in honor of Colonel Thomas Bryan Martin, a nephew of Thomas Fairfax, 6th Lord Fairfax of Cameron....In 1863, Isabelle 'Belle' Boyd, a famous spy for the Confederacy, was arrested in Martinsburg by the Union Army and imprisoned, according to what you can read here.  For more on Bell, click on "The Bell Name...."
Posted by Loren Coleman at 9:18 PM