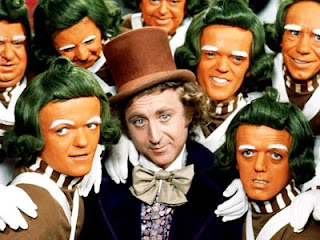 "Up the airy mountain, down the rushy glen, we daren't go a hunting, for fear of little men. You see, nobody ever goes in... and nobody ever comes out." ~ Tinker, Willy Wonka & the Chocolate Factory (1971). 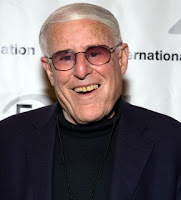 The director of Willy Wonka & the Chocolate Factory (1971) has died. Mel Stuart (pictured), known for that synchromystically significant and scary children's film, was also an award-winning documentary filmmaker. His daughter, Madeline Stuart, said he died of melanoma Thursday night, August 9, 2012, of cancer at his home in Los Angeles. He was 83, born Stuart Solomon, on September 2, 1928. 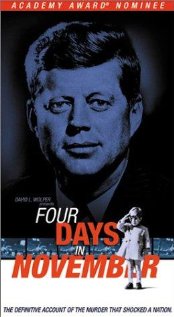 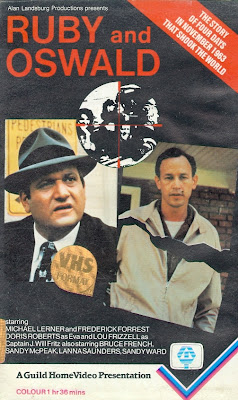 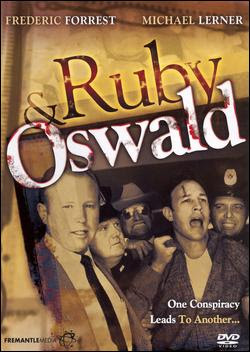 Some of the titles of the works Staurt directed and produced naturally jump out to students of the twilight language: Four Days in November - about the JFK assassination (1964); Ruby and Oswald - TV movie (1978); The Triangle Factory Fire Scandal (TV movie), 1979; Billy Wilder: The Human Comedy (1998); and Man Ray: Prophet of the Avant Garde (1997). He was the executive producer of 1968's The Rise and Fall of the Third Reich and the 1980s' ABC series Ripley's Believe It or Not, whose host was Jack Palance. 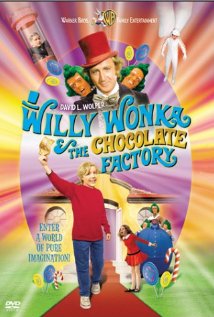 Stuart's 1971 version of Willy Wonka (starring Gene Wilder) has a cult following today, a film that has been discussed among synchromystic bloggers as a "worm hole" metaphor and more.


"Time is a precious thing. Never waste it."
~ Willy Wonka, as he drops an antique alarm
clock into a vat of an undefinable candy mixture,
Willy Wonka & the Chocolate Factory (1971)

During the 1960s and 1970s, Stuart and David L. Wolper established a base of West Coast documentary production at a time when New York filmmakers and TV network news dominated the field. Before joining forces with the Wolper Organization, Stuart was a researcher for CBS News' 1950s documentary series, The 20th Century, which was hosted and narrated by Walter Cronkite. (David L. Wolper, coincidentally, died on August 10, 2010.)

Stuart showed the book to Wolper, who happened to be in the midst of talks with the Quaker Oats Company regarding some promotional ideas to introduce a new candy bar from their Chicago-based Breaker Confections subsidiary. Wolper talked the company into buying the rights to the 1964 novel by Roald Dahl and financing the motion picture for the purpose of promoting their new Quaker Oats Wonka Bar. Breaker Confections was renamed the Willy Wonka Candy Company (and has since been sold to Nestlé). 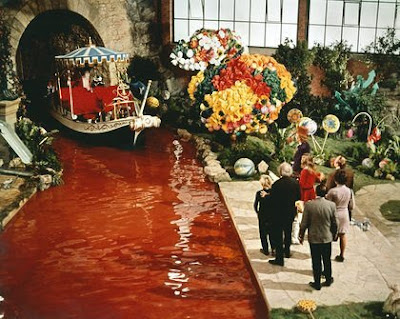 "If you want to view paradise, simply look around and view it."
~ Willy Wonka, Willy Wonka & the Chocolate Factory (1971)

The filmmaking of the movie began on April 30, 1970 and ended on November 19, 1970. The primary shooting location was Munich, Bavaria, then in West Germany, because it was inexpensive compared to filming in America and the visual site was conducive to Wonka's factory. Stuart said he was in favor of the unknown nature of the setting for movie audiences. Outside visuals of the candy factory were filmed at the Munich Gaswerks (Emmy-Noether-Straße 10), and reportedly, the side buildings and entryway still exist.

The final scenes when the Wonkavator flies above the factory are overflight views of Nördlingen in Bavaria.

Stuart's collaborator on Willy Wonka as screenwriter was David Seltzer, who at 26 obtained his first job making documentaries, from Stuart and remembered him as "a mentor by way of drill sergeant, much-feared boss and much-loved friend." 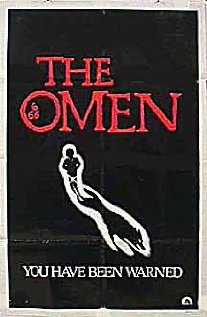 Seltzer, who also wrote The Omen (another film that is about terrorizing kids), said on August 10, 2012, that Stuart dismissed his first effort at a screenplay "with the scolding that if I didn't 'have a drawer-full of magic,' I had no business even thinking I was a screenwriter. He taught me that good enough wasn't good enough."
Two of Stuart's children, Peter Stuart and Madelaine Stuart, make cameo appearances in Willy Wonka & the Chocolate Factory (1971). 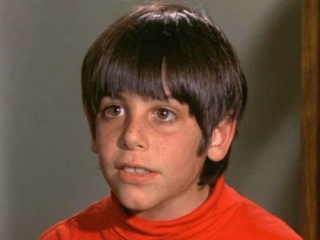 His son, Peter, appears as the little boy "Winkleman," who informs Charlie's teacher about Willy Wonka opening his chocolate factory. 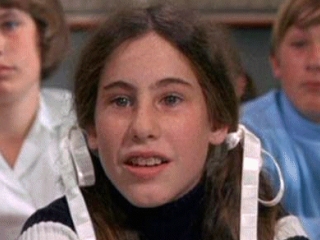 His daughter, Madelaine, appears as one of the little girls in Charlie's classroom.

Stuart is survived by his wife Roberta, and his three children ~ Madelaine who grew up to be an interior designer, his son Peter, a filmmaker, and his other son, Andrew, a literary agent.

Stuart was also survived by his first cousin, Marvel Comics genius Stan Lee. Stan Lee was born Stanley Martin Lieber in New York City on December 28, 1922, in the apartment of his Romanian-born Jewish immigrant parents, Celia (née Solomon) and Jack Lieber, in Manhattan. Recall that Mel Stuart was born Stuart Solomon. It was with the help of Stan Lee's uncle Robbie Solomon, Lee became an assistant in 1939 at the new Timely Comics division of pulp magazine and comic-book publisher Martin Goodman's company. Young Stanley Lieber made his comic-book debut with the text filler "Captain America Foils the Traitor's Revenge" in Captain America Comics #3 (May 1941), using the pseudonym "Stan Lee," which years later he would legally take as his name. Lee, whose cousin Jean was Goodman's wife, was formally hired by Timely editor Joe Simon. Timely Comics, by the 1960s, would become into Marvel Comics. 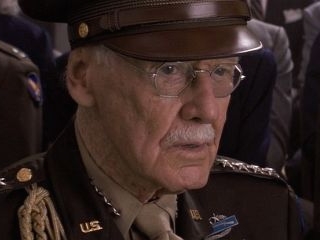 Stan Lee often is briefly seen in cameos in the Marvel movies, as he is as the "General" in the recent Captain America (which opened on July 22, 2011).

"The two of them grew up in New York and remained close to this day. They used to argue about whose characters were better, and who was more famous. Even well into their 80s they were still challenging each other, which I found rather charming," Madeline Stuart said.


"Four of the five child actors
[in Willy Wonka & the Chocolate Factory, 1971]
grew up to be accountants or financial consultants.
What are the odds of that?"
~ Piper Weiss, Shine, May 18, 2011. 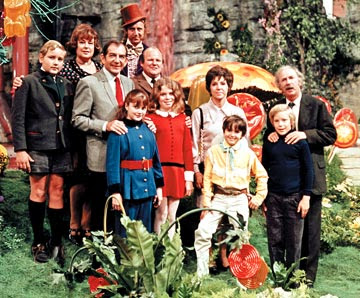 Back in the 90s I used to dig he indie group Veruca Salt ;)

It would be interesting to interview Mr. Holmes and ask what he had been reading and watching, the months and weeks before. What was it that led him to start fantasizing. No man is an island, where are his friends and what role did they play?

National Geographic recently aired a show in the U.K. called Norway Massacre. This show seems like it was intentionally (or unconsciously) made to encourage copycat behavior:

Up the airy mountain
Down the rushy glen,
We daren't go a-hunting,
For fear of little men;
Wee folk, good folk,
Trooping all together;
Green jacket, red cap,
And white owl's feather.
Down along the rocky shore
Some make their home,
They live on crispy pancakes
Of yellow tide-foam;
Some in the reeds
Of the black mountain-lake,
With frogs for their watch-dogs,
All night awake.

High on the hill-top
The old King sits;
He is now so old and gray
He's nigh lost his wits.
With a bridge of white mist
Columbkill he crosses,
On his stately journeys
From Slieveleague to Rosses;
Or going up with music,
On cold starry nights,
To sup with the Queen,
Of the gay Northern Lights.

They stole little Bridget
For seven years long;
When she came down again
Her friends were all gone.
They took her lightly back
Between the night and morrow;
They thought she was fast asleep,
But she was dead with sorrow.
They have kept her ever since
Deep within the lake,
On a bed of flag leaves,
Watching till she wake.

By the craggy hill-side,
Through the mosses bare,
They have planted thorn trees
For pleasure here and there.
Is any man so daring
As dig them up in spite?
He shall find the thornies set
In his bed at night.

Up the airy mountain
Down the rushy glen,
We daren't go a-hunting,
For fear of little men;
Wee folk, good folk,
Trooping all together;
Green jacket, red cap,
And white owl's feather.

Music from the Willie Wonka movie was featured in the Olympics closing ceremony.