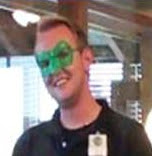 Aurora comic Tyler Warren Withrow, 30, has been accused of killing two women in rural Yuma County, Colorado. Days after the murders, through dental records, the women were identified as Withrow's mother, Dianne Withrow, 50, and his grandmother, Elva Doddridge, 88, who lived in the farm house in the small town of Kirk. The aspiring comedian has a day job of processing insurance applications, 7NEWS reported.

Withrow was charged with two counts of first-degree murder with premeditation. He was advised of the charges on August 14th, during a hearing in Yuma County District Court in Wray, the Yuma Pioneer reported. He is accused of killing his two female relatives on Monday, August 13, 2012, at a home near the community of Kirk, near the Kansas border.

Deputies responded to the home after a woman called 911 at 10:35 a.m., gave her address and said she needed the Sheriff's Office before apparently hanging up, the newspaper reported. It took about 35 minutes for the first deputies from Wray to reach the remote home. They found Withrow at the home along with the bodies of the two women. 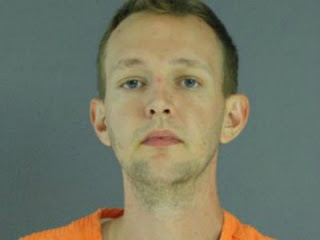 The Denver Post learned that Withrow had a run-in with Aurora Police in late July 2012. Officers responded to a residence on the 2500 block of South Victor Street, near where Withrow lives, and discovered him naked in a garage, "smashing car windows with a golf club," the paper pointed out.

"Your neighbor is naked, and he’s throwing things out in the driveway. Something’s wrong," said Sydney Summers, a neigbor who called 911 before the destruction began.

"This guy was usually quiet. We had no idea. He didn’t talk to anybody. He stayed to himself."

Police officers got Withrow under control by tasing him. 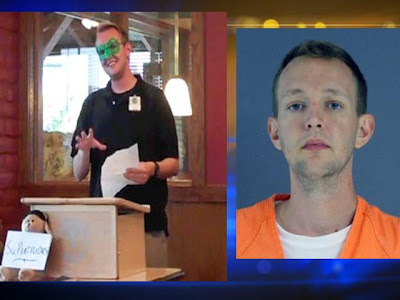 Aurora's Withrow as the Green Lantern and in mugshot.

Police said Withrow was transported to a hospital, where he was treated for cuts and given a mental health evaluation. Aurora police said they couldn't locate Withrow after he was released from the hospital, but detectives have applied for an arrest warrant in the window-smashing case.

Afterward, Withrow was briefly hospitalized both for minor injuries and his disturbed mental state before being released.

And then he dropped off the radar and disappeared from Aurora. 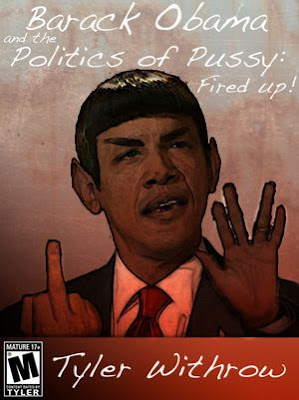 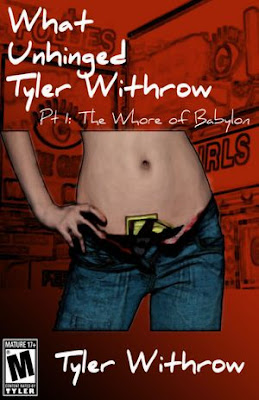 Comic Withrow was never really funny, apparently. Take, for example, his two self-published e-books: Barack Obama and the Politics of Pussy: Fired Up!, and What Unhinged Tyler Withrow Pt 1: The Whore of Babylon.

I am currently studying necromancy and hope to raise the dead to destroy the world as you know it and rebuild it in my own image.
I also enjoy using the juicer that I have broken twice. Fresh fruit is beyond the limit of my budget, but I found that when spoiled, grocery stores just throw them out. I need penicillin with my juice, but it is affordable and environmentally friendly.
I must point out that I weigh 20 pounds less now then I did in this picture. I was the fattest Green Lantern outside of Comic-Con. I'm still very aroused by the sight of myself.
In brightest day...

Here's an analogy that has served me well: You are about to play a game of chess. If you play the game like me, you'll do the following before you start:
• Deep breathing exercises
• Meditation
• Pop a few horse tranquilizers
• Punch your pig while listening to Bryan Adams
• Think about what you know about the opponent's strategy
• Punch your pig while thinking about your opponent's strategy
• Ejaculate onto the chair of a coworker that you hate
• Weep softly at your broken dreams


And Gilligan's Island too...

Speaking of supposed "comedy," there has developed an intriguing synchromystic subculture of folks looking at Gilligan's Island and it's contemporary insights, culturally. A relatively short-lived program, it was on the air for three seasons, 1964-1967, and it is recalled favorably by many.

Red Dirt Report's Andrew Griffin pointed this out to me, specifically noting the complex writings at the blog, Dismantle the Beam Project's "Gilligan’s Island (NWO Blueprint)." 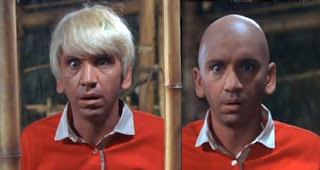 Gilligan's Islands gives forth with plenty of material, and images for several forms of synchronicity discussions, in terms of colors, people, places, plots, and more. For example, let me point out how Bob Denver, as "Gilligan," appeared in one episode, compared with recent mugshots of alleged Aurora shooter James Holmes and alleged Tucson killer Jared Loughner, below. 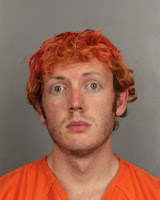 And then today, I was amazed to discover, concerning a piece of land near Puerto Rico, the island today which is identified as "Gilligan's Island," this factoid:

"While doing research for a recent trip to the south-west of Puerto Rico, I found that a day trip to Gilligan’s Island was on everyone’s 'must-do' list. Gilligan’s Island (the official name is Cayo Aurora) is a little speck of land about a mile off the coast of Guánica." Source.

"The western cay, also called Gilligan's Island (after the TV series), or Cayo Aurora, is served by boat (600 m from the mainland at Punta Jacinto) and has public beaches." Source.
And there you have Aurora again. 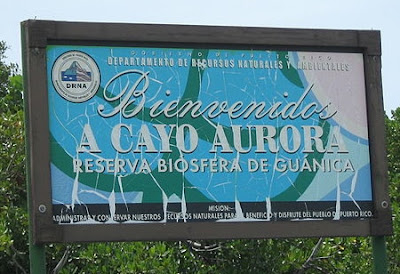 This, and the related link within the article, caught my eye. "Paris Street" got me interested, so I thought I'd leave this here.

From the Gúanica webpage at the site Welcome to Puerto Rico:

"Guánica is the place where most historians concur Christopher Columbus [emphasis mine] landed during his second voyage to the New World in 1493, and later in 1898 became the site where General Miles and the U.S. troops landed to take Puerto Rico from the Spanish, during the Spanish-American War."

So Columbus/Columbine seems to creep in once again...

Regarding Tyler wearing a Green Lantern cowl the most famous Green Lantern oath from the comics is this "In brightest day, in blackest night,
No evil shall escape my sight.
Let those who worship evil's might,
Beware my power...
Green Lantern's Light!"

The Aurora light perhaps? Plus Batman was very briefly a Yellow Lantern in the comics too.