The Marine bandmaster John Philip Sousa became famous for his marches and inspired the sousaphone. Few people today realize that his Masonic links resulted in some of his most mysterious creations.

What's below the surface? How about the often forgotten gem he composed during his life, Transit of Venus?

John Philip Sousa (November 6, 1854 – March 6, 1932) was an American composer and conductor important during the turn of the centuries, from the 19th to the 20th, particularly known for American military and patriotic marches. "The March King" is especially remembered for his "Semper Fidelis" (1888) (Official March of the United States Marine Corps) and "Stars and Stripes Forever" (1896) (National March of the United States).

One year after the 1882 Transit of Venus, Sousa was commissioned to compose a processional for the unveiling of a bronze statue of American physicist Joseph Henry, who had died in 1878. Henry, who had developed the first electric motor, was also the first secretary of the Smithsonian Institution in Washington, D.C. Henry's statue is now in front of the Smithsonian "Castle" in Washington, D.C.

A Freemason, Sousa was fascinated by what the group considered mystical qualities in otherwise natural phenomena. According to Sten Odenwald of the NASA IMAGE Science Center, this played a significant role in the selection of the time and date of the performance, April 19, 1883, at 4:00 P.M. Dr. Odenwald points out that Venus and Mars, invisible to the participants, were setting in the west. At the same time, the moon, Uranus, and Virgo were rising in the east, Saturn had crossed the meridian, and Jupiter was directly overhead. According to Masonic lore, Venus was associated with the element copper, and Joseph Henry had used large quantities of copper to build his electric motors.

The Transit of Venus March apparently "never caught on (during Sousa's lifetime), and went unplayed for more than 100 years. Sousa's copies of the music were destroyed in a flood." As reported on Halloween in 2003 in The Washington Post (see below), Library of Congress employee Loras Schissel found copies of the old sheet music for Venus "languishing in the library's files." The piece was resurrected in time for the 2004 Transit.

In 1920, Sousa wrote another work called The Transit of Venus, a 40,000-word story. It is about a group of misogynists called the Alimony Club who, as a way of temporarily escaping the society of women, embark on a sea voyage to observe the transit of Venus. The captain's niece, however, has stowed away on board and soon wins over the men. 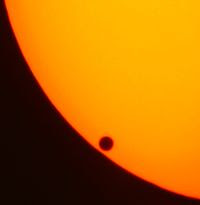 Dusting Off a Rarity for Venus's Celestial March

Legendary Washington composer John Philip Sousa likely watched on Dec. 6, 1882, as the planet Venus eclipsed a small part of the sun. This rare alignment -- when the planet's orbit takes it between the Earth and the sun -- is called the "Transit of Venus."

Shortly after the astronomical phenomenon, Sousa began work on a musical march of the same name.

Sousa wrote at least four marches about the way the heavenly bodies march across the night sky. The march king was a member of the astrology-loving Masons, and he paid close attention to the movement of the heavens.

But the "Transit of Venus March" never caught on, and went unplayed for more than 100 years. Sousa's copies of the music were destroyed in a flood.

But now Venus is approaching another transit, and fans of Sousa are resurrecting the forgotten march. It will be performed at 8 tonight at the Schlesinger Concert Hall in Alexandria.

"The interesting thing about band leaders at the time is that their concept of the universe was that there was this hidden balance and all these cosmic things going on," says Sten Odenwald, an astronomer at NASA's Goddard Space Flight Center in Greenbelt. Odenwald is preparing for June 8, when Venus will block out part of the sun for the first time in nearly 122 years. He has also worked with the Virginia Grand Military Band to organize the performance of "Transit of Venus."

Unlike "Stars and Stripes Forever" or "The Washington Post March," Sousa's "Transit of Venus" did not bring Sousa fame, nor did the novel Sousa wrote with the same title.

Loras Schissel, who works in the music division of the Library of Congress, found the old sheet music for "Venus" languishing in the library's files.

"It's a little three-minute gem," says Schissel, who also conducts the Virginia Grand Military Band. "It was written in a time when people were less cynical and more optimistic. It was America on the threshold of thinking that anything was possible, and Sousa captured that feeling perfectly."

Because bands today use different instruments than they did in the 1880s, Schissel had to rework the score for a modern ensemble. Last year, the Virginia band trotted the new version out for a test run. But most people, including John Philip Sousa IV, the composer's great-grandson, have never heard it performed. He will attend tonight's performance and hear it live for the first time.

The band will play the "Transit" march more frequently in the next few months as astronomers wait for the actual event. The 1882 transit was accompanied by enormous fanfare. Thomas Hardy worked it into the plot of a novel, and the event was covered by the press worldwide. Boys stood on the street corners of New York, offering a glimpse through telescopes for a dime. Odenwald believes the 2004 transit should receive much the same response. 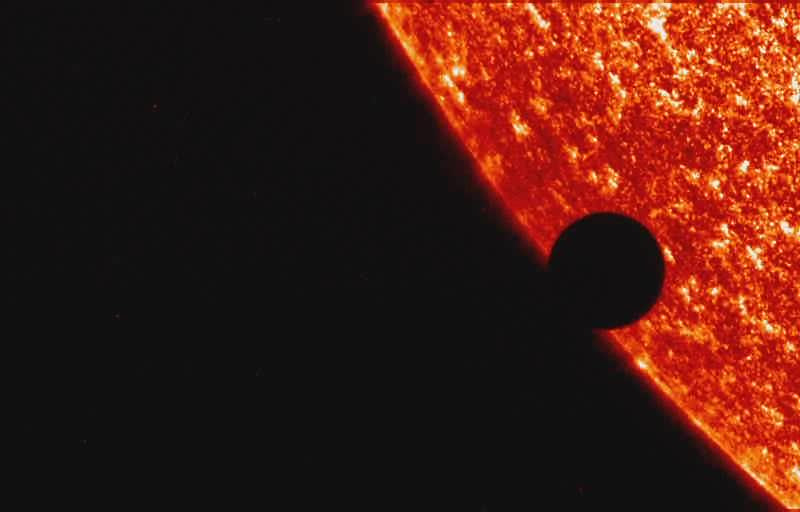 As you wrote about the mystery airship flap back in the day, I'm sure you'll be interested to hear there is a Transit of Venus connection - Samuel Tillman (one of the two named airship pilots at Stephensville, Texas - the same place there was a major sighting a year or so back) was on the expedition to view the Transit of Venus from the Crozet Islands.

i grew up with some Souzas, it's a portuguese name, and we all marched to sousa back into our grade-school building after recesses

what was it about the Alimony Club that made them "misogynistic"?

Sousa's "Transit of Venus" as performed by a high school band.

"i grew up with some Souzas, it's a portuguese name, and we all marched to sousa back into our grade-school building after recesses"

hey, that's my comment! -- yup from grade 1 - 8, M thru F, a tune impossible to clear from the mind even after all these years a hem

a souza in my class, in fact, whose photo i just happened to re-discover earlier this week (the only person whose photo i asked for when we exchanged on photo day)

'masonry' and 'portegee' are almost one word, as it turns out

"what was it about the Alimony Club that made them "misogynistic"?"


well he just told you: they didnt like living in a society (nor on a planet) ruled by women

few men like it, most merely submit to it, tho some, like those horrible misogynists, actually seek to escape or (whorrors!) even resist it

certainly not behavior approved nor condoned by any respectable, dealey-abiding ma-son!

fortunately the capn's niece, one c. sark, emerges from belowdecks to bring the stupid misogynists back to their . . . something

what a bizarre fantasy mind ole jps had eh? he's plenty dead but his beloved world lives on, and on, and on